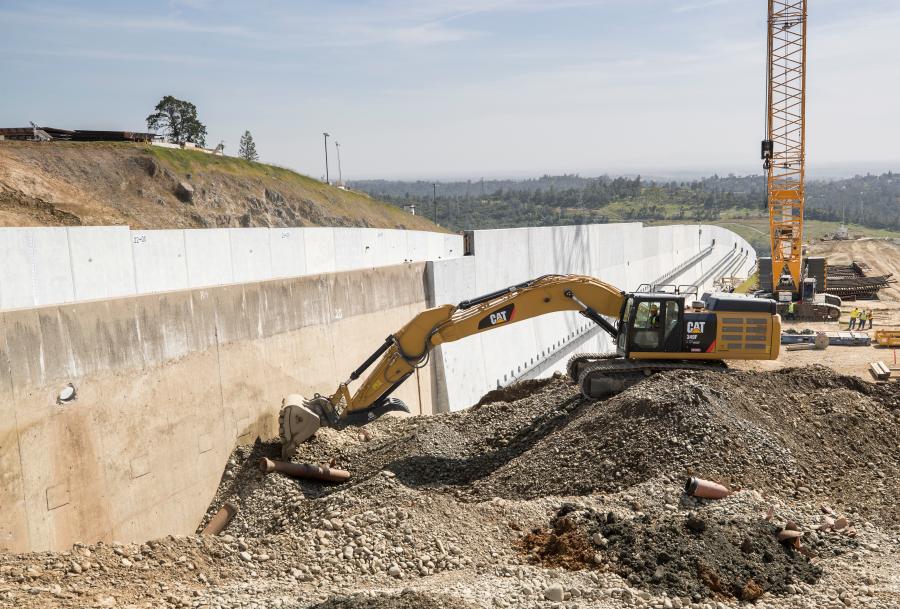 The second phase of the Oroville Dam spillway repair project will constitute the bulk of work on the lake’s spillways. Construction is expected to conclude by the end of 2019. (California Department of Water Resources photo)

California Department of Water (DWR) officials report that the second phase of construction work on the Oroville Dam spillways began on May 8.

The second phase will constitute the bulk of work on the lake's spillways. Construction is expected to conclude by the end of 2019.

DWR is developing a comprehensive needs assessment in coordination with the Federal Energy Regulatory Commission, the California Division of Safety of Dams, the United States Army Corps of Engineers and experts from the industry.

“DWR is targeting to complete the comprehensive needs assessment by the end of 2019,” said Erin Mellon, DWR spokeswoman.

She added, DWR will use findings and information gathered from the Comprehensive Needs Assessment to identify and prioritize future dam safety enhancements at the Oroville Dam complex. All options are on the table for long-term additions at the Oroville Dam facilities including a fully lined emergency spillway, a lower elevation outflow facility or an auxiliary spillway.” 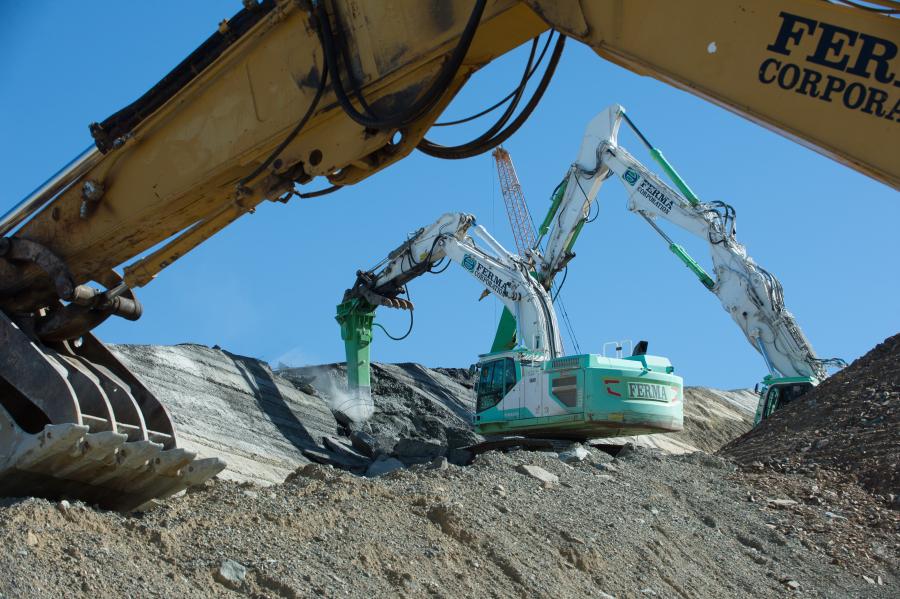 Kiewit's construction contract is expected to exceed $500 million by Jan. 1, 2019. “There will be more work done on the main spillway in Phase 2 than was done in Phase 1,” Mellon said.

Kiewit is leading the recovery efforts along with its subcontractors. At the peak of work in 2017, more than 600 Kiewit workers were stationed on the main spillway.

Currently, more than 500 construction staff are on site. Through the winter, crews working on the main spillway and emergency spillway worked mostly day shifts.

The number of construction workers for 2018 is expected to exceed the prior year's total.

Some areas like the rock-crushing plant used double shifts during the first phase of the project. Now that work has resumed. 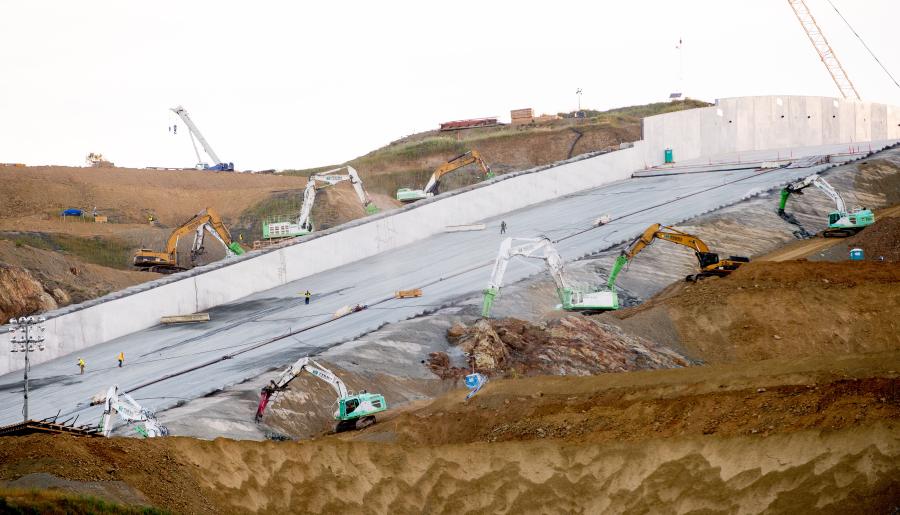 Crews also will work double shifts to complete all the necessary work for 2018. Workers are bolstering the emergency spillway area with several projects:

She added that finishing work for the drainage system and dry-finishing of concrete on Lake Oroville's main spillway was completed at the end of 2017.

Fortunately, the main spillway was not used this past rainy season.

“Lake levels never came near the capacity of the reservoir over the past year,” Mellon said. DWR is managing the reservoir conservatively though the 2017-2018 Lake Oroville Winter Operations Plan developed last year.”

Lake level as of mid-May was 823 ft. The Oroville dam remains in good condition.

“The integrity of Oroville Dam is not in question,” Mellon said. The dam is in good condition and remains sound. There are no plans to increase reservoir capacity.”

California's Department of Water Resources is looking ahead on how it can fortify and improve Oroville Dam's spillways to prevent future water damage and threat of catastrophic flooding.

The department and downstream residents had quite a scare in early February 2017 after the area was hit hard by a series of drenching winter storms. As Oroville Lake filled to near capacity, water was released over the dam's concrete main spillway.

In doing so, a large hole developed in the spillway ramp.

Then erosion at the base of a nearby emergency (auxiliary) spillway threatened the stability of the spillway wall which holds back billions of gallons of water. That led to an evacuation order for more than 100,000 residents in the path of the dam.

The main spillway was put back to use after a brief examination and water levels in Lake Oroville were brought down to safer levels.

But damage was fairly extensive to both spillways.

Using helicopters and bulldozers, crews worked to fill in eroded areas near the emergency spillway wall. As of Feb. 23, they had brought in 100,000 cu. yds. of rock and sand and 11,600 cu. yds. of cement, which was poured over the rocks and sand. 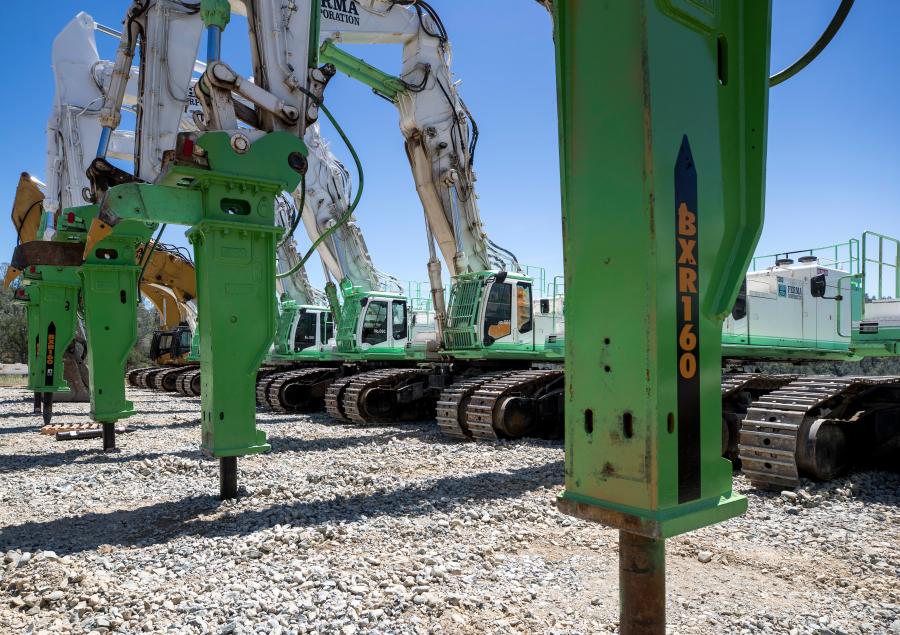 Meanwhile work continued on filling holes and stabilizing the area near the emergency spillway. Syblon Reid Contractors, contractor for the emergency spillway, is experienced in a variety of major projects including hydro generation and water conveyance, hydro technical services, bridge work, treatment plants and pump solutions, site work, environmental enhancements and emergency response. Its motto is “Providing solutions to difficult projects,” which is fitting to the problems at Oroville Dam.

About 20 haul trucks are in use now. Local trucking brokers also provide a wide variety of additional trucks including bulk delivery and hauling trucks.

How Events Unfolded at the Dam

The timeline of how events unfolded at the dam:

Lake Oroville is about 75 mi. north of Sacramento and about 25 mi. southeast of Chico. The dam is the tallest in the United States.

Its emergency spillway was damaged with Lake Oroville filled to near capacity.

Frantic to lower the reservoir level and stop water flowing down the emergency spillway, DWR decided to increase the amount of water flowing out of the main spillway to 100,000 cu. ft. per second to draw down the water level.

If the 30-ft.-high concrete barrier at the top of the auxiliary spillway collapsed, billions of gallons of water would burst from the reservoir all at once.

State water officials continued to lower the level of Lake Oroville on Feb. 14 2017 in anticipation of a series of storms that were forecast to hit.

By 7 a.m. Feb. 14, Department of Water Resources' crews had lowered the reservoir level by at least 11 ft. Authorities lifted the mandatory evacuation order, but asked residents to be prepared in case another evacuation was needed.

Efforts were then undertaken to make repairs to both the primary and emergency spillways. A temporary flight restriction order was enacted for the area of the Oroville Dam as crews conduct continual surveys. This restriction included use of recreational drones.

It required about 90 workers a day, although the number fluctuated, and placement of more than 1,200 tons of rocks and sandbags.

By Feb. 16, the water flow over the main spillway had been reduced enough for crews to clear debris from the bottom and prepare to restart the dam's hydroelectric plant.

The plant was then restarted. 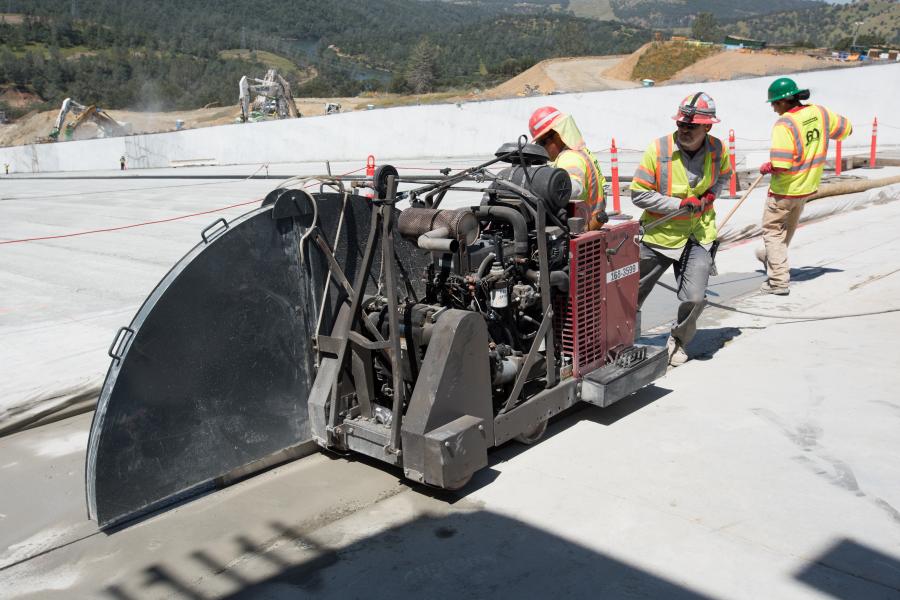 The hole in the main spillway could not be immediately fixed. Time was of the essence in cutting the emergency spillway water flow. The damage consisted of a hole, 250 ft. long, 170 ft. wide and 40 to 50 ft. deep.

Officials determined they had no choice other than to use the crippled main spillway despite the threat of further damage.

Fortunately, the decision paid off in lowering the lake level.

Besides DWR, California water users and farmers breathed a sigh of relief.

Loss of valuable water could have posed a major problem. Lake Oroville is the prime source of water for the state's Central Valley Water project, providing 61 percent of supplies. The water flows to Southern California and the Bay Area, as well as to Central Valley farmers.

Losing the reservoir would put parts of California in an extreme water shortage situation.

At a news briefing on Feb. 14, 2017, White House Press Secretary Sean Spicer said President Trump has been “keeping a close eye” on the Oroville Dam emergency and is working with the Federal Emergency Management Agency to assist state officials.

Spicer described the Oroville emergency as a textbook example of why a major infrastructure package is needed in Congress.

The White House was working with Rep. Doug LaMalfa, R, Richvale, Calif., whose district includes Oroville and surrounding communities, to help communities affected by the emergency.

Safety of Other Dams

Other California dams are in need of repair including the one at Lake Isabella. Although the focus is currently on Oroville, California also is concerned about status of the dam at Lake Isabella. It was built in the 1950s by the Army Corps of Engineers along the Kern River northeast of Bakersfield on what was thought to be a dormant earthquake fault.

Engineers have now determined that the fault is active, so authorities restricted the level of the lake behind it. Officials have assured nearby residents that despite recent heavy rains, the lake levels and the dam itself, remained safe.

But the dam will have to be rebuilt, with a new emergency spillway, at a cost estimated at about $500 million. Construction is expected to start this year and to take at least five years to complete.