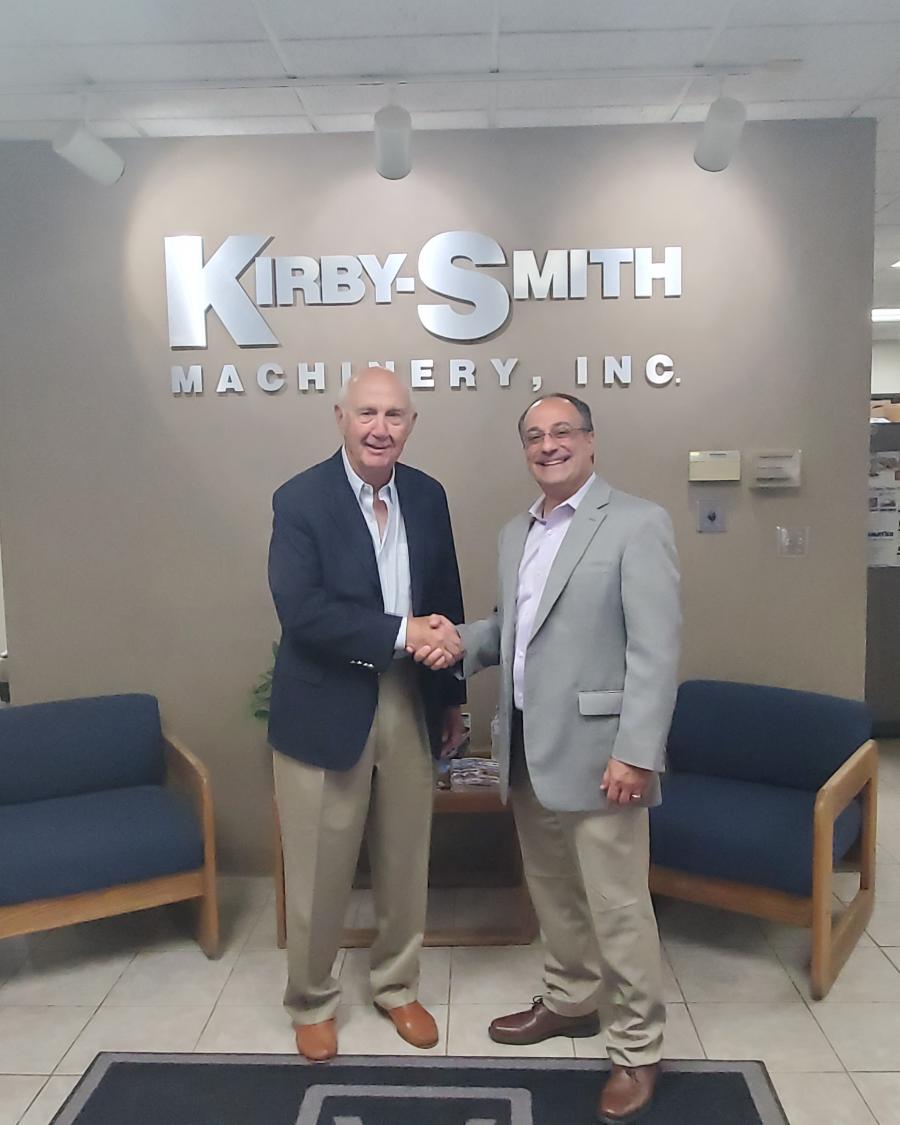 Kirby-Smith Machinery Inc., a distributor of heavy equipment and cranes in the central United States, announced that John Arapidis has been named president and CEO.

Ed Kirby, the company's co-founder, president and CEO of nearly 40 years, will step back from his current position and will serve as chairman of the board.

Arapidis joined Kirby-Smith Machinery in 2017, serving as vice president of major accounts. Prior to joining Kirby-Smith, Arapidis spent nearly 30 years at Komatsu, a developer and supplier of technologies, equipment and services for the construction, mining, forklift, industrial and forestry markets. Arapidis held various roles at Komatsu, including national accounts manager and vice president of the rental and used equipment division.

"Making the decision to step back from my role was not an easy one, but I know that with the appointment of John [Arapidis] to president and CEO, Kirby-Smith Machinery will continue to remain a leader in the industry in John's extremely capable hands," said Ed Kirby. "During the past four years, John's experience, leadership style and vision for the company have proven to be the right fit for this role, and will benefit the entire KSM organization, as well as our partners and clients."

During the remainder of 2021, Kirby will work closely with Arapidis and the management team to transition day-to-day responsibilities while assuming the role of chairman of the board, where he will act in an advisory role and continue to liaise with partners and customers.

"I am honored and humbled at the opportunity to take on this position with KSM and help grow the company into the future," said Arapidis. "My motto is to never stop learning, and I am excited to work alongside the leadership team to continue to learn and build upon the legacy that Ed has built."

Arapidis currently lives in Dallas and will relocate to Oklahoma City with his wife.