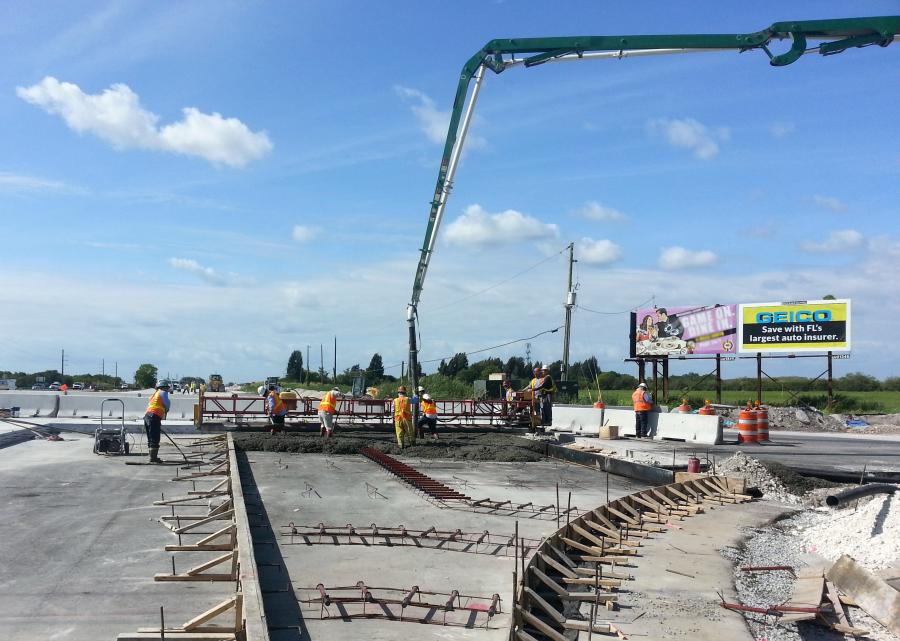 Odebrecht Construction USA is less than two months away from completing the Florida Department of Transportation’s (FDOT) $59 million project to widen and improve a segment of Krome Avenue.

The work started in February 2015 and is estimated to be completed in September 2018.

The Krome Avenue section is widening the road from two lanes to four lanes; installing a 40-ft. median, a new drainage system and a guardrail throughout the project limits; and constructing a new multi-use trail for walking and biking. The SW 88 Street/Kendall Drive section is realigning the intersection; reconstructing the roadway and shoulders; and upgrading signage, lighting and traffic signals. The SW 8 Street/Tamiami Trail section is realigning the intersection; widening the bridge over the C-4 Tamiami Canal; and upgrading signage, lighting and traffic signals.

“This project is part of the overall plan for Krome Avenue,” said Ossie Larrazabal, FDOT's senior project engineer with Solid Consultant Engineers Inc. “The enhancements to Krome Avenue will increase safety along the corridor and provide a better commute to residents in south Miami-Dade County.”

The new infrastructure was designed by Marlin Engineering.

“Access to important stakeholders such as the Miccosukee Resort and Gaming Facility, Krome Detention Center, Dade Corners gas station and CEMEX plant had to be maintained at all times,” Larrazabal said. “The team worked hand-in-hand with the stakeholders to schedule the work during low impact hours to minimize disruptions.” 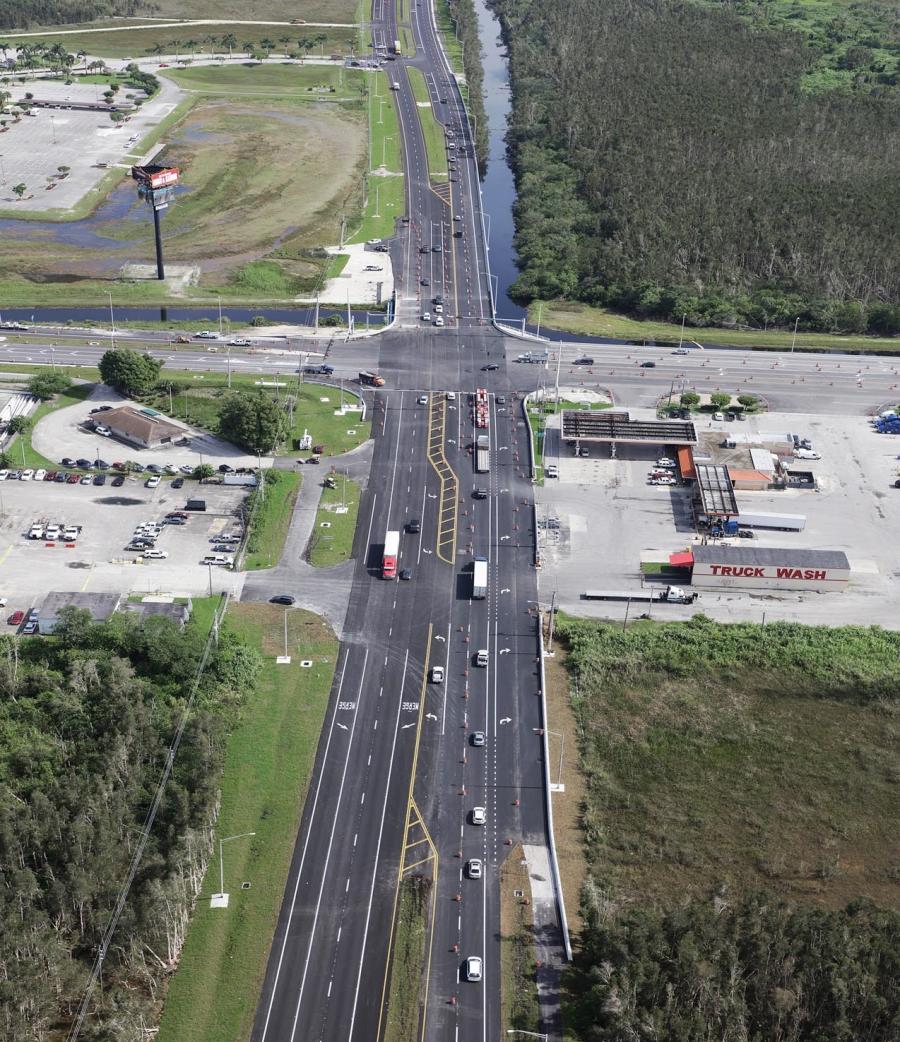 The existing roadway had cracks and other pavement issues at certain locations.

As the work has wound down, so have the traffic impacts. Permanent work zones were established along the corridor to maintain one lane of traffic open in both directions. The contractor recently opened both northbound and southbound travel lanes. Temporary daytime and nighttime lane closures will continue through the remainder of the project during off peak hours to minimize impacts to the community.

“Maintaining traffic flow is critical,” Larrazabal said. “This is an important route for commuters and the trucking community. There's been a lot of coordination between the team, contractor and county to keep the traffic moving.”

In terms of remaining work, Odebrecht has to finish placing the final layer of asphalt and complete lighting and signalization items throughout the corridor.

“It's such a long corridor, so staying organized and on top of the sequence of work has been key,” said Rogers Cruz, Odebrecht's project manager. “We've had to coordinate well in advance with our subcontractors to make sure everyone has work to do to stay on schedule. There's been lots of meetings.”

“The team meets daily to discuss ongoing work and upcoming milestones, so we've really gotten to know each other well,” said Larrazabal. “We are also fortunate to have had numerous opportunities for the crew to participate in on-the-job training programs to learn new skills.” 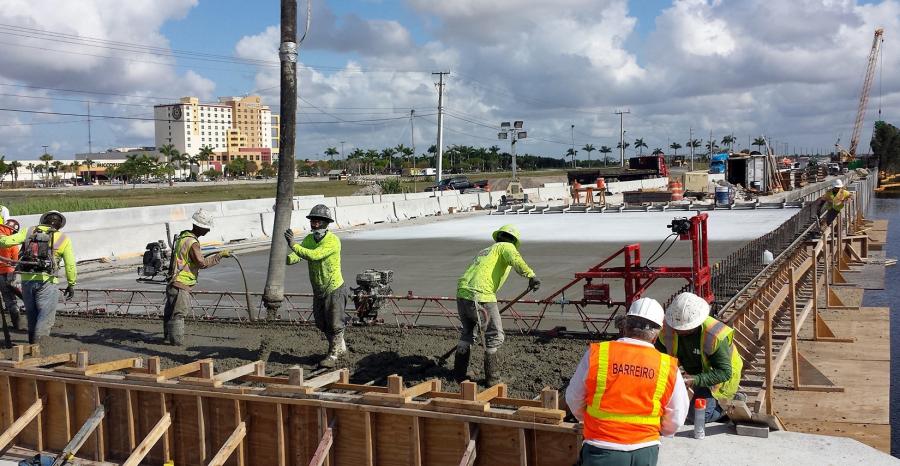 Materials excavated and removed from the site include: 7 mi. of the old roadway; 700 linear ft. of the old bulkhead canal wall; and 270,000 cu. yd. of earthwork.

“We've observed most wear and tear issues with moving parts,” said Cruz, “such as bucket teeth and blades that break down all the time. It is also very common to get flat tires on equipment. It usually takes a day to repair these minor issues. All the equipment is under warranty or a service contract. The mechanics come to the jobsite on an as needed basis.”

The work on Krome Avenue, once the current project is completed, will resume in early 2019 and be completed in the summer of 2020. The $42.7 million project will cover the area between SW 136 Street and SW 232 Street. 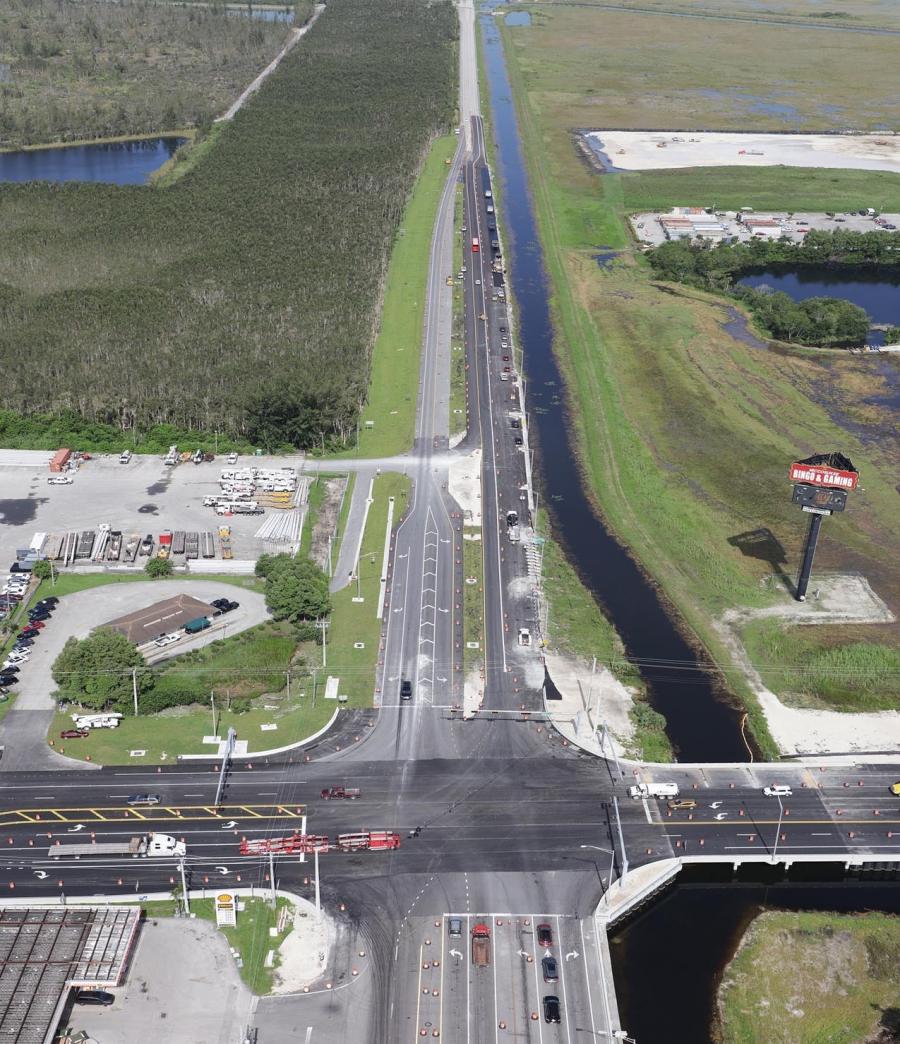 The general contractor for the project is Halley Engineering Contractors Inc., with construction engineering and inspection services to be provided by The Corradino Group.

“The upcoming project is a continuation of the 36-mile corridor improvements,” said Heather Leslie, community outreach specialist of the project, who helps FDOT with communications on road projects. “These projects have been in the works since 1999 and will continue to address safety, flooding, water quality, economic competitiveness and preservation of the existing roadway. The Department wants to ensure a safe and reliable road for the residents and commuters in this area.”