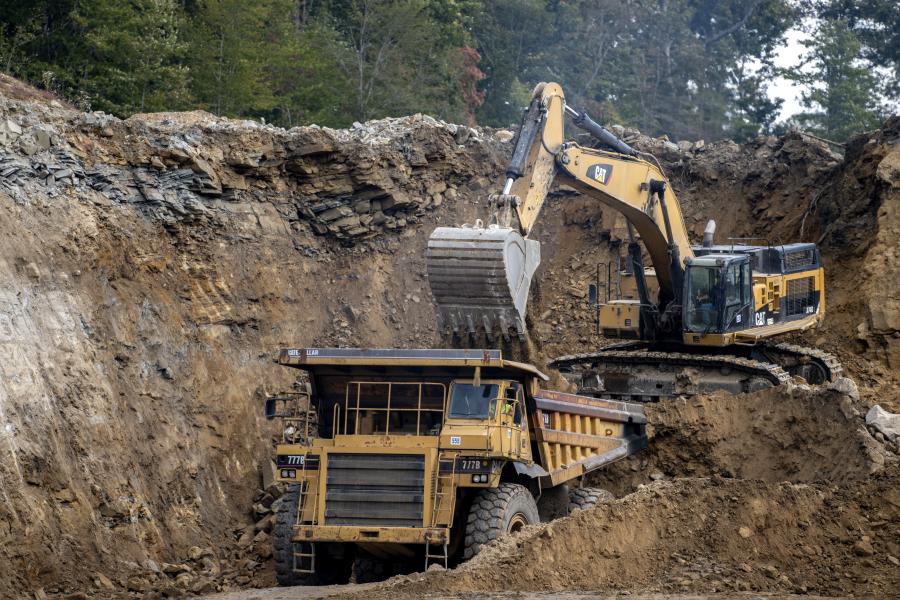 Considered critical in attracting people to eastern Kentucky, the $754 million Mountain Parkway Expansion will widen and improve 32 mi. of existing parkway between Campton and Salyersville and extend the parkway by approximately 14 mi. from Salyersville to Prestonsburg. When completed, the Mountain Parkway will be the final link to creating a four-lane, high-speed corridor running the length of the state. 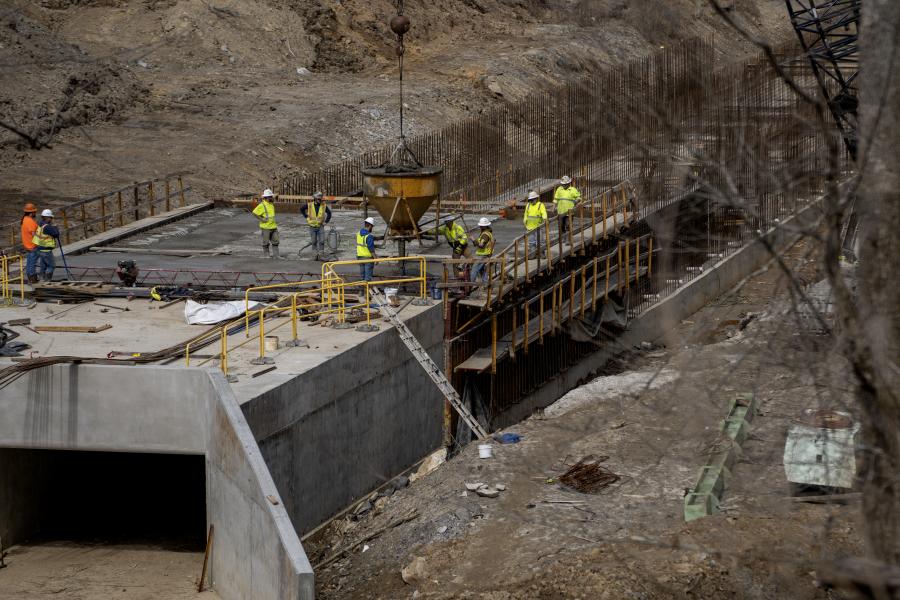 "The Mountain Parkway winds through the heart of the Red River Gorge and Daniel Boone National Forest," said Kentucky Transportation Cabinet Secretary Jim Gray. "It's a familiar corridor for visitors traveling to eastern Kentucky to enjoy our world-class hiking and rock climbing. The parkway also serves as an important driver of economic development in the area as we continue to attract new investment.

The Bert T. Combs Mountain Parkway opened in 1963 and stretches 78 mi. across central and eastern Kentucky. The ongoing construction fulfills a promise to complete a four-lane, high-speed corridor linking the Appalachian region with the Bluegrass region and beyond. Gov. Andy Beshear has identified this effort as one of his top transportation priorities to support economic development, tourism and quality of life for Kentuckians. Prior to the start of the Mountain Parkway Expansion, only 46 mi. of the parkway had four lanes. Other portions are two or three lanes with some substandard curves.

"Building better roads is at the heart of strengthening eastern Kentucky communities by making the region more attractive for future companies to build and grow their businesses," said Gray. "Wider roads mean easier access for trucks to travel back and forth across the state, increasing the potential for freight companies to do future business in this region."

The 4.6-mi. Magoffin County West segment is currently under construction at a total cost of $75 million and is scheduled for completion in 2023. The 11-mi. Wolfe County segment began construction this summer. Final planning for the KY 114 segment is actively under way.

"This transformational project spans 46 total miles over mountainous terrain and requires a considerable amount of planning and coordination before construction can even begin," said Gray. "Construction segments were established to advance the project as funding is available through the State Highway Plan, which is enacted every two years by the Kentucky General Assembly. Bids for the Wolfe County segment were opened in April, six months ahead of our anticipated schedule."

The Mountain Parkway Expansion project team has identified an estimated more than $130 million in cost savings for the Commonwealth through value engineering, stream mitigation banking and federal grants. A $24 million TIGER grant was awarded to expedite the Salyersville Restaurant Row Segment, and KYTC won a $55 million INFRA grant to support the Wolfe County Segment.

While much construction remains before workers cross the finish line, significant progress continues to be made.

"The Wolfe County segment is the fifth and longest construction segment to date," said Gray. "There is an anticipated completion date of 2027. Environmental and archaeological fieldwork is under way for the final construction segment. Governor Beshear is committed to seeing the Mountain Parkway Expansion to its full completion."

According to Mountain Parkway Expansion Project Manager Aric Skaggs, working on a multi-year undertaking requires both patience and planning. 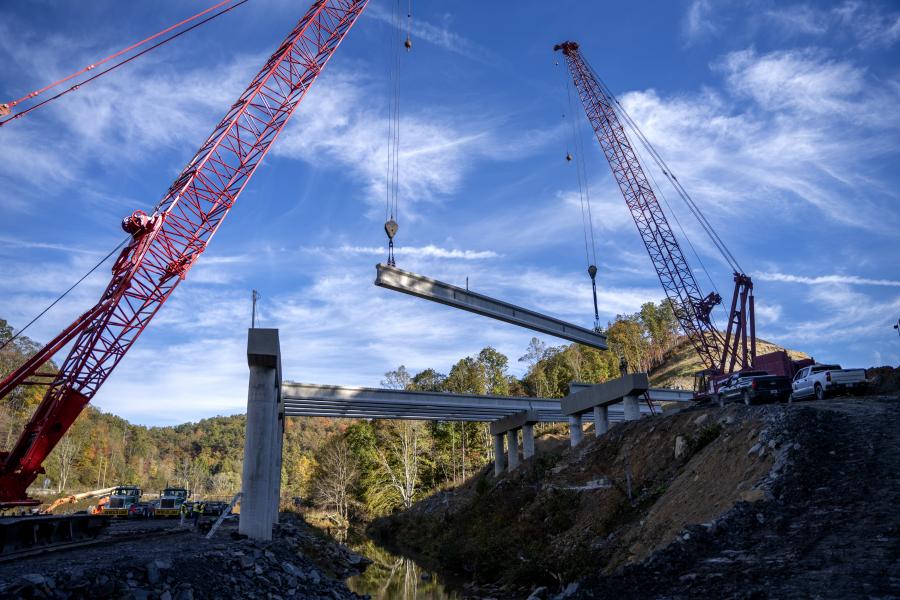 "Most members of the project team have been with the Mountain Parkway Expansion since its beginning, and many of us grew up in this area, so it's a corridor we're all very familiar with. The Kentucky Transportation Cabinet works closely with a general engineering consultant, Qk4, to help oversee the many moving parts of this project, including design, engineering, right of way acquisition, utilities relocation and construction delivery. Communication and coordination are essential to making sure the Mountain Parkway Expansion stays on track.

"Large, complex projects such as this require a lot of coordination with multiple team members, from KYTC personnel, engineering and other professional consultants to contractors and suppliers. It's important that we effectively manage project costs, timeline, quality control and potential environmental impacts. We continually stress the importance of work zone safety for both workers and the traveling public."

Skaggs noted that work on the 4.6-mi. Magoffin West segment has gone smoothly since commencing in 2019.

"This segment involves a new cross-country alignment over creeks and mountainous terrain. The new parkway elevation is now visible from the existing roadway and new bridges are taking shape. A new interchange also will be constructed for this segment. We remain on schedule for a 2023 completion date."

Because construction on the current Mountain Parkway segment is largely cross-country, there have not been many traffic impacts. Kentucky State Police are responsible for speed enforcement. Traffic alerts and project updates are sent to local media and shared with the community through the Mountain Parkway Expansion social media channels.

There are two sets of bridges currently under construction. The two larger bridges over Johnson Creek leading to the new alignment are both 380 ft. long. Construction on these structures began last year.

"The piers of both bridges are founded on drilled shafts," said Skaggs. "Steel casing pipe was installed from the top of ground and seated into solid rock. The rock is up to 25 feet below the top of ground at some locations. A rock socket was then drilled, up to 12 feet below the top of rock. A reinforcing steel cage was then installed, and concrete poured from the bottom of the rock socket to the top of the steel casing to become an underground column to support the bridge pier. All integral end bents are founded on driven steel H-piles that are installed through the embankment and soil to rock."

Construction of a new 240-ft. eastbound bridge, also over Johnson Creek, is under way near the start of the project area. Crews have driven piles for end bents and completed abutments. Beams were set in October.

Clearing and grubbing continue in the project area, along with work on a 16-by-8-ft. double barrel box culvert where the new interchange will be constructed that's 540-ft. in length. Excavated material is continuously hauled to fill areas and will soon be used for backfilling over the double barrel culvert.

Skaggs said four other culverts totaling 3,558 linear ft. have been completed in this project area. They are 6-by-4-ft. reinforced concrete box culverts, and while not as tall and wide as the 540-ft. double barrel, they are considerably longer, ranging in length from 712 to 1,269 ft.

In total, 10,800 cu. yds. of concrete and 1,675,600 lbs. of reinforcing steel were installed to construct the culverts and allow the roadway embankment to continue. These are structures that the public will never see, with some of them being buried by more than 200 vertical ft. of roadway embankment.

Skaggs explained that significant earthwork is taking place in the Magoffin West segment. Approximately 5.85 million cu. yds. of material will be moved in this area. 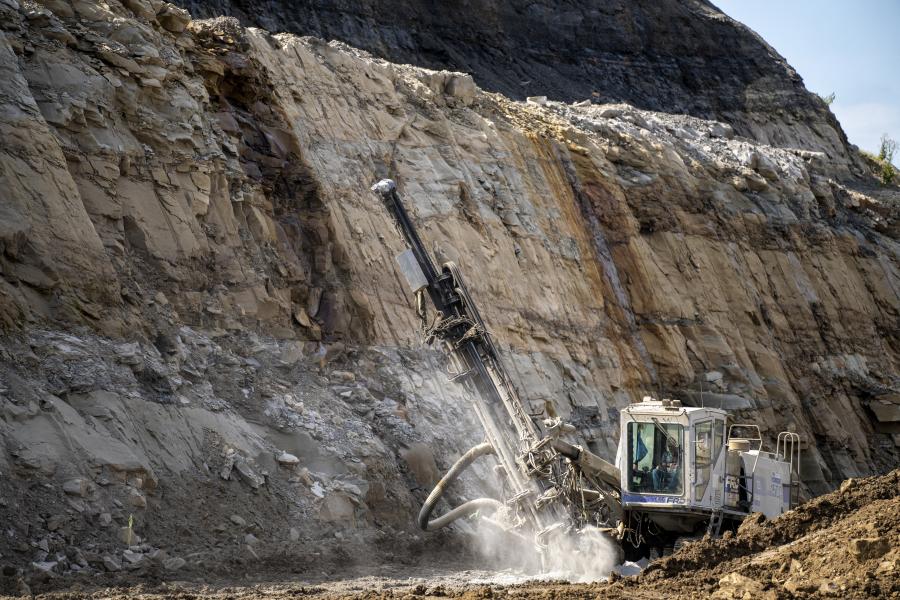 For Skaggs and others working on the mega project, the hours are long but worth the investment.

"Being a native of eastern Kentucky and a career employee with the Transportation Cabinet, I have seen firsthand how important roads are to a community, especially to the folks of Appalachia. Access to better roads leads to access to better healthcare, mobility, commerce and economic opportunities for our people. I take great pride in knowing that I have a small part in helping the residents of eastern Kentucky today and for generations to come." CEG