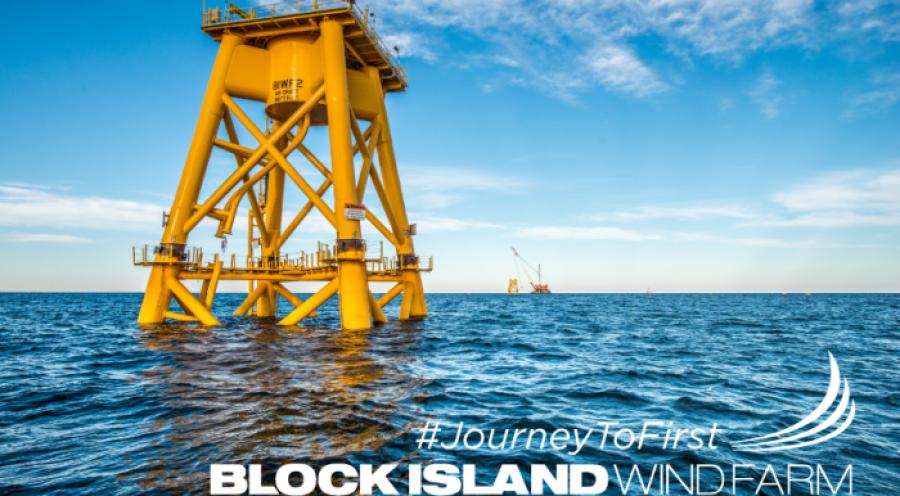 “Seeing is believing. By visiting America's first offshore wind farm up close and talking directly to the people who built it, environmental and labor leaders witnessed together the beginning of a new chapter in our nation's energy story,” said Catherine Bowes, senior manager of Climate and Energy at National Wildlife Federation. “Offshore wind energy is a golden opportunity to reduce pollution, create thousands of local jobs, stabilize electric rates, and protect people and wildlife from climate change.”

“The quality jobs created by this project are a great start for America's offshore wind industry,” said Michael G. Williams, vice president of strategic development of the BlueGreen Alliance. “Rhode Island residents and its environment will be benefitting for years to come from the clean energy these turbines will generate. This project is yet another example of how good, union jobs can be created by America's clean energy economy, with hopefully much more to come in both construction and manufacturing.”

“The Block Island Wind Farm has kickstarted a new American industry, one that will continue to rely on the unique skillsets and expertise of the local trades,” said Jeffrey Grybowski, CEO of Deepwater Wind. “From carpenters to welders, electricians to painters, more than 300 local workers helped build this historic project. We're confident that the offshore wind industry will transform our workforce and boost our local economies for years to come.”

Offshore wind power is America's largest untapped clean energy opportunity. Countries around the world are mobilizing to tap into this booming global offshore wind industry that currently supports more than 75,000 jobs in both coastal and inland communities overseas. A recent Department of Energy analysis found that a robust offshore wind industry in the United States could support more than 160,000 jobs by 2050.

“Rhode Island has great potential to harness offshore wind to power our economy and diversify our energy supply. America's first offshore wind farm was built [due] to the ingenuity, innovation, investment and collaboration of many people working together. These five massive turbines spinning above the ocean are technological marvels and a tribute to the outstanding work of our laborers and trade unions. I hope that in addition to providing clean, renewable energy, the offshore wind model we've put in place here can generate more good-paying jobs in Rhode Island and elsewhere. This project also wouldn't be a reality without the support of forward-looking environmental leaders whose work supports the sustainability of renewables in our electric grid,” said Reed, a senior member of the Senate Appropriations Committee, and cosponsor of the Incentivizing Offshore Wind Power Act.

Over the summer, the Massachusetts legislature passed and Gov. Baker signed an energy bill requiring Massachusetts to generate 1,600 megawatts (MW) of electricity from offshore wind, just a fraction of the more than 8,000 MW available in areas carefully designated for development far from shore. New York is developing a master plan for offshore wind power and has signaled support for its first offshore wind project.

Climate science points to an urgent need to transition to clean energy. Boston and New York City just finished their warmest September on record after Boston's hottest August on record and driest summer on record, with 2016 on pace globally to demolish previous marks for the hottest year on record. A recent National Wildlife Federation report, Changing Tides, documents how rising sea levels driven by global warming are making our coasts more vulnerable to storms like Hurricane Matthew.