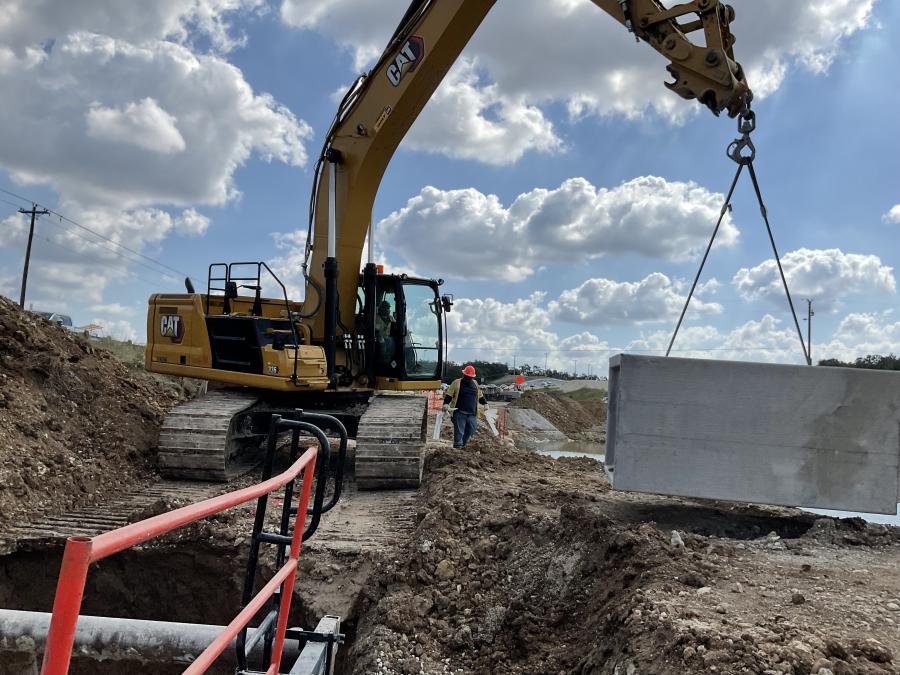 The project extends the existing 183A Toll Road 6.6-mi. northward from Hero Way in Leander, Texas, to north of SH 29 in Liberty Hill, Texas. It will provide greater mobility and connectivity for commuter and commercial traffic.

Lane Construction Company was awarded a $175.5 million "design-bid-build" delivery method contract in 2020 and expects to deliver the project in 2025.

The project includes the construction of two tolled lanes in each direction, an adjacent shared use path from Hero Way to Seward Junction Loop and aesthetic enhancements along the corridor. The new lanes are being constructed between the existing non-tolled frontage roads, mitigating disruption to the traveling public during construction.

Commenting on the ongoing work, Lane Project Manager Victor Ancira pointed out that the project is "on schedule and progress is going as planned. Unknown waterline services were discovered during construction. The [Mobility Authority] and Lane collaborated quickly to redesign and build the necessary waterlines with minimal disruption to the construction project." 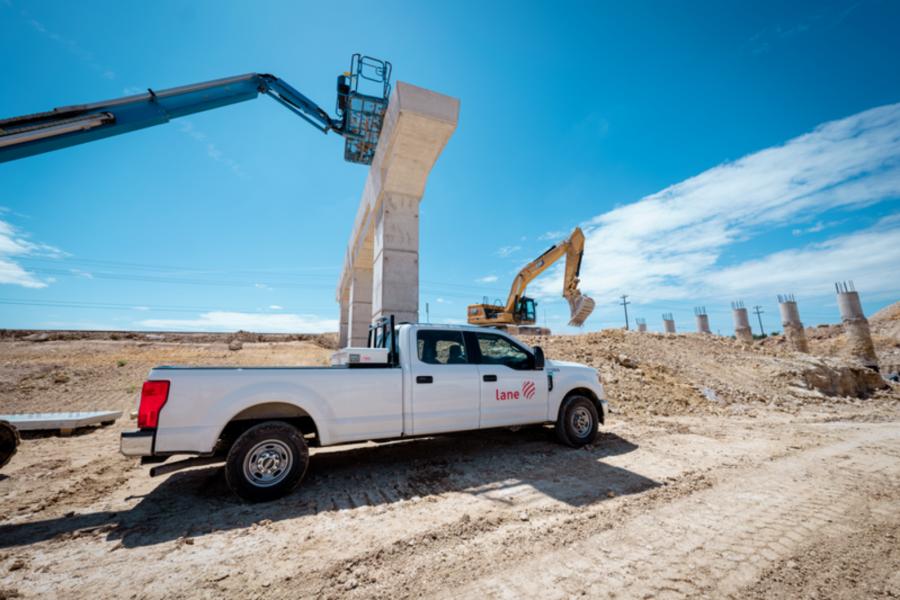 "Installation of the drainage pipes was a priority to establish positive drainage and allow for roadway embankments to start," Ancira added. "Bridge and MSE wall construction is beginning at Seward Junction and is working towards Hero Way. The MSE walls are all precast and there are approximately 5.6 miles of walls being constructed with varying depths."

In regard to earth work, Ancira said that "Once a large enough section of the subgrade is completed, asphalt and concrete lanes will be installed."

"Approximately 64,000 linear feet of pipe and box with sizes varying from 12 to 72 inches are being installed," said Ancira. "Some will require cranes to lift them."

Excavators are digging between 2-to-20 ft. deep to install these elements.

"The larger pipes will be installed using a crane," said Ancira, who explained that "utility relocation is progressing."

"Progress along the 183A Phase III corridor is evident each time you drive through the project limits," said Mike Sexton, the Mobility Authority's acting director of engineering. "The team has made tremendous progress over the past year and is on schedule to finish as anticipated, in 2025. During drainage system installation, previously unknown waterlines were discovered. The Mobility Authority quickly coordinated with its design engineer and Lane Construction to revise the design to accommodate the additional waterlines."

The earthwork excavation and embankment will be 1.69 million cu. yds., enough volume to fill 430 Olympic size swimming pools; 3.5 mi. of drilled shaft concrete foundations, with the largest size being 60 in. in diameter; and reinforced concrete pavement for the main lanes that totals 482,870 sq. ft., which equals approximately 8.4 football fields.

"Construction of the project primarily takes place in the center median of the existing highway with temporary concrete barrier separating the work zone from the traveling public," said Sexton. "At any point of time, there are several crews on-site performing varied activities throughout the entire corridor, keeping construction moving and the schedule on track. 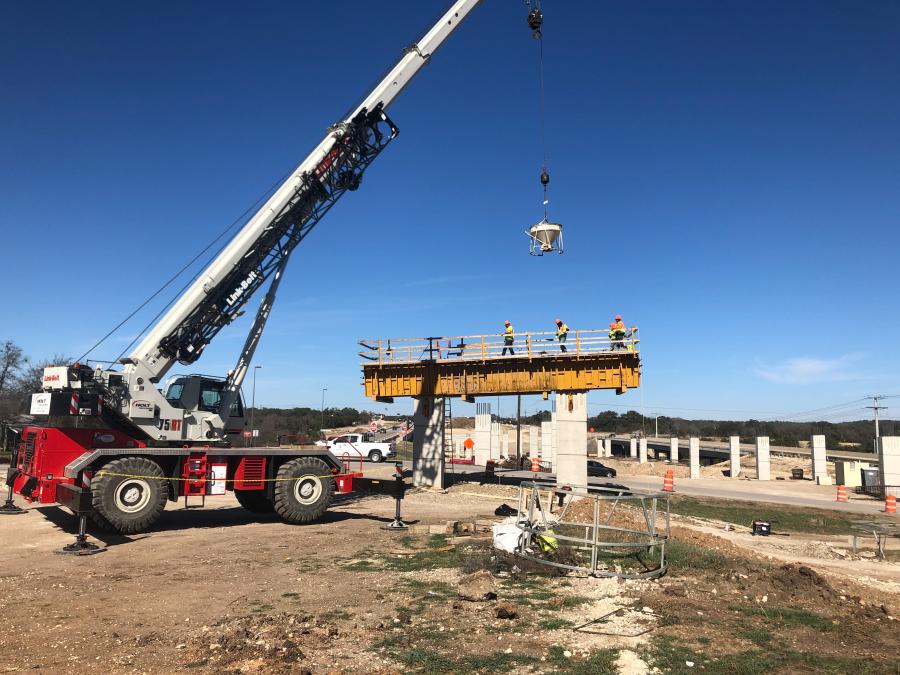 "Some operations like bridge beam setting require extensive coordination and lane closures," he added. "Because we aim to impact the traveling public as little as possible, these operations are scheduled for a night shift when traffic volumes are low and multiple lanes and intersections can be closed or detoured, thus helping with haul times and ease of setting up equipment."

"Currently, there are no concrete batch plants on site, but the contractor has proposed that they may install one to provide materials for roadway concrete paving when the time comes," said Sexton.

For the earthwork, subgrade work has taken place for much of the proposed roadway but there is still work to go to get it to final grade.

"To date, the roadway base material has been placed only for a limited portion of the frontage road where a widened shoulder was needed for construction," said Sexton. "The newly constructed 183A Toll mainlanes will be concrete. The existing U.S. 183 lanes which will function as a non-tolled frontage road are asphalt and will receive a fresh asphalt overlay prior to the end of construction."

For the retaining walls and MSE walls, precast sections are being installed.

"Most of our retaining walls are Mechanically Stabilized Earth [MSE] walls, for which there is not a traditional ‘foundation,'" said Sexton. "MSE walls use roadway embankment material to anchor the retaining wall panels via a soil mat system between the walls and connected on the inside of each panel. Our next most common retaining wall style is the soil-nailed retaining wall which also doesn't use a traditional foundation. Instead, the nails are drilled and grouted into the existing, adjacent earth. Traditional spread footing retaining walls are limited to use for some of our water quality ponds. In those cases, the foundations may be just a few feet below finished grade as required for the area."

Crews are constructing 17 bridges along the corridor and all 17 "have drill shaft foundations and approximately 75 percent of the piers have been constructed," said Ancira. "The number of lanes varies from two to three. The time to construct a bridge varies depending on weather, traffic conditions, and complexity."

The new bridges consist of 10.9 mi. of precast concrete and 12 mi. of drainage system pipe will be installed.

"These bridges are similar to others in the region and use precast concrete beams to support a reinforced concrete bridge deck," said Sexton. "The pedestrian bridge will be steel framed with an Ipe wood deck and will be constructed to match the style of the existing pedestrian bridges on the existing portion of the 183A shared use path. Approximately 76 percent of bridge columns are complete. 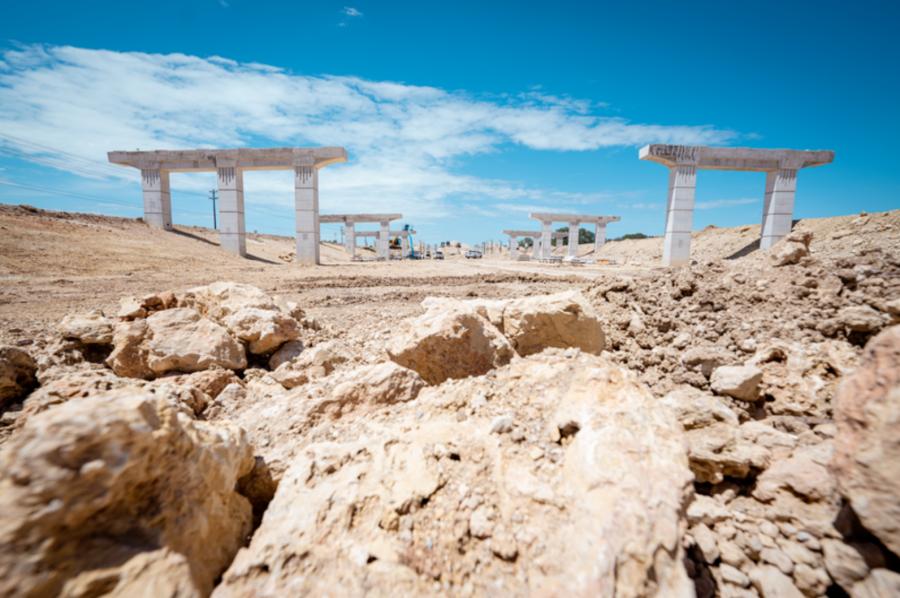 "The total length of all the bridges together equates to 2.02 miles, including the pedestrian bridge which is 660 linear feet long," Sexton added. "The lengths of the bridges vary from 169 feet to 1,160 feet long and carry a different number of lanes depending on the bridge's purpose. For example, the U.S. 183 U-turn bridges at SH 29 will each have just a single lane, while the SH 29 bridge crossing 183A Toll will carry six total lanes. The project also accounts for future lane expansion with foundation sleeves at the bridge abutments and a drainage system sized for a future third lane in each direction."

"All these variables play a part in the length of time to complete a bridge and therefore the timeline from one bridge to the next can vary greatly," said Sexton.

Many detention ponds are currently under construction along the corridor, and more than 64,000 linear ft. of pipe and culvert will be used for the drainage system project wide. The drainage inlets, manholes and junction boxes are precast by Oldcastle Infrastructure based in San Antonio.

"Drainage pipes and structures are buried anywhere from about 8 feet to 40 feet deep," said Sexton." Cranes are involved in setting larger precast structures. Smaller structures can be placed using an excavator."

"For large jobs like these, Lane Construction's earthwork subcontractor is using a Cat D10 dozer; a large, effective piece of equipment not seen on your average construction site," said Sexton. "For bridge beam operations, two 350-ton cranes and a 300-ton crane have been instrumental in safely and quickly setting beams in place. Four manlifts are used to transport the crew from the ground to the bridge caps, and one trackhoe is in place to reconfigure the haul trucks and trailers to keep operations moving."

"As anticipated, we've been able to prioritize the third-party utility owners' relocation work to minimize impacts to construction efforts," said Sexton. "So far, this work has not impacted project delivery and it appears it will continue to be a non-issue moving forward."

The precast beams are cast by Texas Concrete Partners based out of Victoria, Texas, the concrete deck panels are cast by Bexar Concrete Works, the MSE wall panels are cast by Tricon, and the steel trusses and overlook platforms for the pedestrian bridge over the San Gabriel River will be fabricated by Contech Engineered Solutions.

"The Mobility Authority, the contractor and the CEI have a great working relationship," said Ancira. "Open and transparent communication is key to working successfully together." 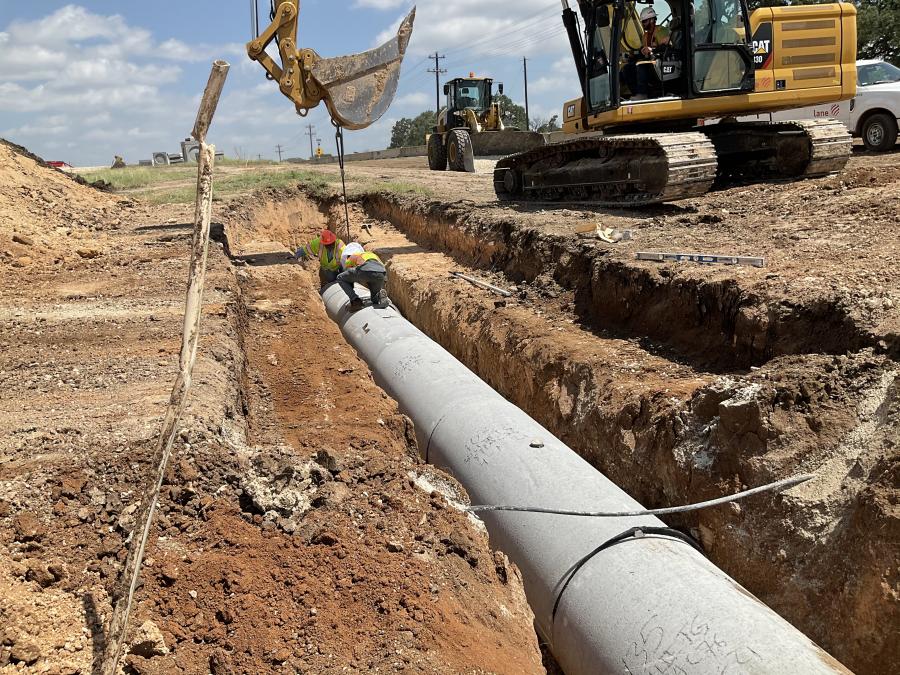 "The major wear and tear issues that occur are potholes," said Ancira. "These occur along the existing southbound and northbound lanes of 183A. Repairs are made once it is safe and when minimal impact to the traveling public can be expected. We have on-site mechanics and when needed, third-party mechanics are brought in."

In the Texas area, Lane purchases and rents equipment from local and regional dealerships.

"The project is phased to shift the current lanes toward the outside while the majority of construction activities takes place in the center median," said Sexton. "Once we shift the lanes back to their original positions, they'll remain there in the final configuration. With the majority of work focused inside the median of the existing lanes, we've managed to maintain nearly full lane capacity during construction so far. The largest anticipated temporary reduction in traffic capacity will occur in the future, when excavation and bridge work at SH 29 occurs." CEG 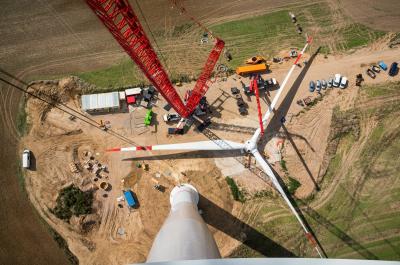 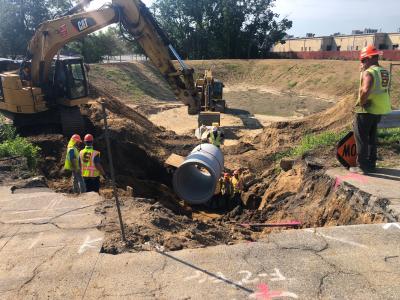 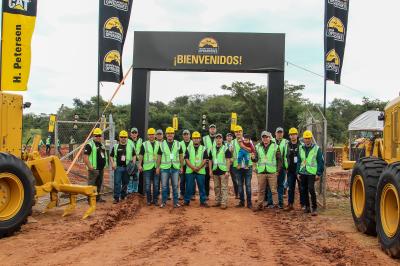 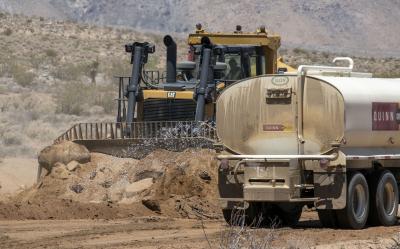 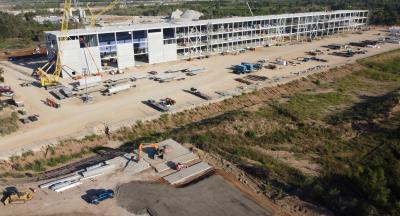 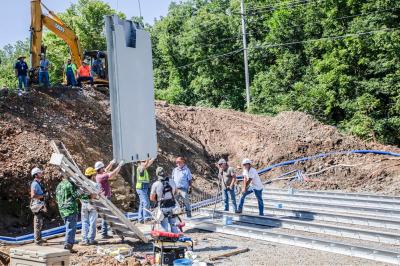 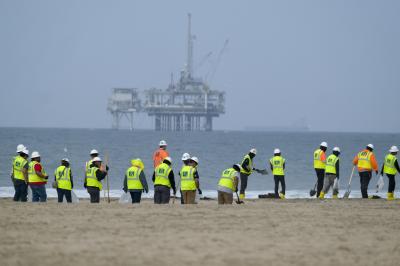