Lane Construction Wins $190M Worth of Contracts in Virginia 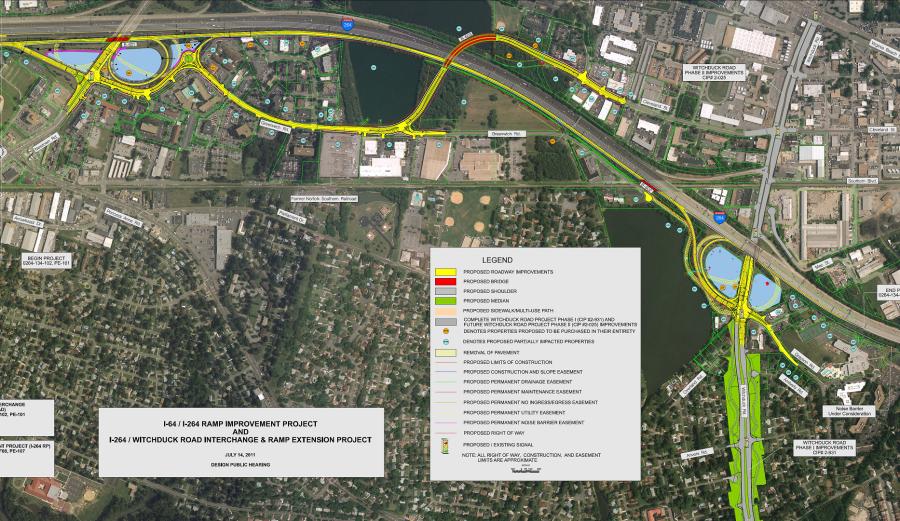 The Lane Construction Corporation, a U.S. subsidiary of the Salini Impregilo Group, has won two contracts in Virginia for a combined $190 million, the latest in a series of public works that not only underline its long presence in the U.S. commonwealth but also its leadership in roadwork and other public works across the country.

The new contracts add to the more than $2 billion worth of new orders that Lane has won this year, including replacing a bridge in the New York City area and excavating a second hydraulic tunnel in Washington, D.C.

The first contract at $105 million involves making improvements at an interchange in Virginia Beach. Known as the I-264/Witchduck Road Interchange & Ramp Extension project, it is part of Phase 2 of the larger I-64/I-264 Interchange Improvements project that runs from the Twin Bridges in Norfolk to the Witchduck Road interchange in Virginia Beach. For the Extension project, improvements include providing additional capacity to reduce daily congestion and improve safety and traffic operations. Work is expected to begin by the spring of 2018 and be completed by the fall of 2021.

The second contract, worth $85.6 million, is to add a through-lane along part of eastbound I-66 between the Dulles Connector Road (Route 267) in Fairfax County, and Fairfax Drive (Route 237) in the Ballston area. Once completed, the I-66 Eastbound Widening Inside the Beltway project is expected to help move more commuters, reduce congestion and provide an alternate travel option. Construction is to begin in mid-2018 and take about 30 months to complete.

By working on projects that help reduce congestion and, as a consequence, air pollution, Lane is fulfilling a wider objective of supporting sustainability.

The two new contracts extend Lane's decades-old presence in the commonwealth where it has participated in some of the most important public works. It is working on the 395 Express Lanes in Arlington County, which will extend the 95 Express Lanes to the Washington, D.C., line. It recently completed the Rt. 29 Solutions project in Albermarle County. Lane, moreover, has built almost 50 miles combined of the 95 Express Lanes and the 495 Express Lanes, some of the busiest arteries in the eastern United States.

As one of the largest asphalt producers in the country, Lane has a strong plants and paving presence in Virginia.

Lane's work in Virginia and Washington, D.C., goes beyond roads and highways. It has taken part in the construction of the Alexandria Bus Rapid Transit, the Chesapeake Bay Bridge Tunnel and the Dulles Automated People Mover at Dulles International Airport.

In other U.S. states, Lane is working on a $232-million replacement of the Unionport Bridge in the New York City area, and a $118-million reconstruction of a section of the I-70 in Pennsylvania. It also is taking part in the $2-billion construction of the Purple Line transit system in Maryland.

As world leader in the water segment, Lane and its parent Salini Impregilo have won a $580-million contract to build a second hydraulic tunnel called the Northeast Boundary Tunnel in Washington, D.C., for the same project for which they built the Anacostia River Tunnel. In Indiana, Lane is working on a similar project to expand a sewage system, the $188-million Three Rivers Protection & Overflow Reduction Tunnel.