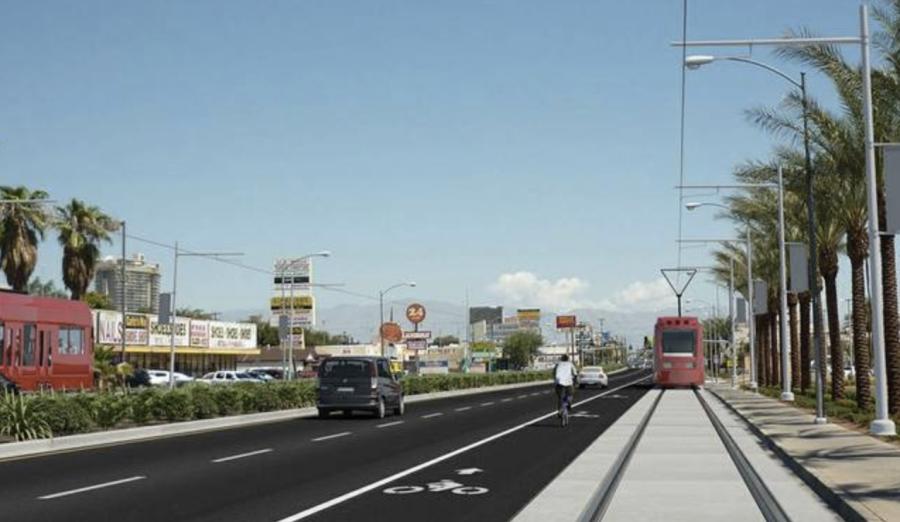 For two years, members of the Regional Transportation Commission of Southern Nevada have been drawing blueprints for the light rail and makeovers such as pedestrian bridges or wider sidewalks on the Strip. They're also considering high-capacity transit options to connect residential neighborhoods, college campuses, Sunrise Hospital and shopping hubs.

But they need the state's permission to fund or implement any plans.

The proposal heard in the Senate Transportation Committee would give local officials new authority to seek tax hikes or federal grants to finance an expanded portfolio of major transportation developments. Senate Bill 201 would also allow them to explore new technology, including self-driving cars.

Sen. Mark Manendo, D-Las Vegas, and a half-dozen transportation officials from across the state said Nevada is woefully behind other states in terms of helping residents and tourists navigate metropolitan areas.

“If we can lead in the travel and tourism industry — and who can dispute that, accommodating more than 42 million visitors a year — I find it hard to believe our community cannot come together to help build a world-class transportation system,” Manendo said.

His bill primarily intends to facilitate buildout in Las Vegas, but it is not limited to Clark County. It would also knock down some hurdles to expand public transit in Reno and elsewhere.

RTC of Southern Nevada spokeswoman Angela Castro said that could affect their chances of winning certain federal grants, should any become available.

“Everybody is waiting to see what the federal government does in terms of transportation infrastructure investments,” Castro said.

President Donald Trump campaigned on investing massively in transportation infrastructure as part of his pitch for new jobs. He has backed away from the pitch in interviews since winning the White House and has not proposed a specific funding plan.

The Las Vegas infrastructure plans are far from finalized. Quigley's commission estimated in December they could cost as much as $26 billion altogether. The light rail alone could cost up to $12.5 billion and could take 20 to 30 years to plan and build.