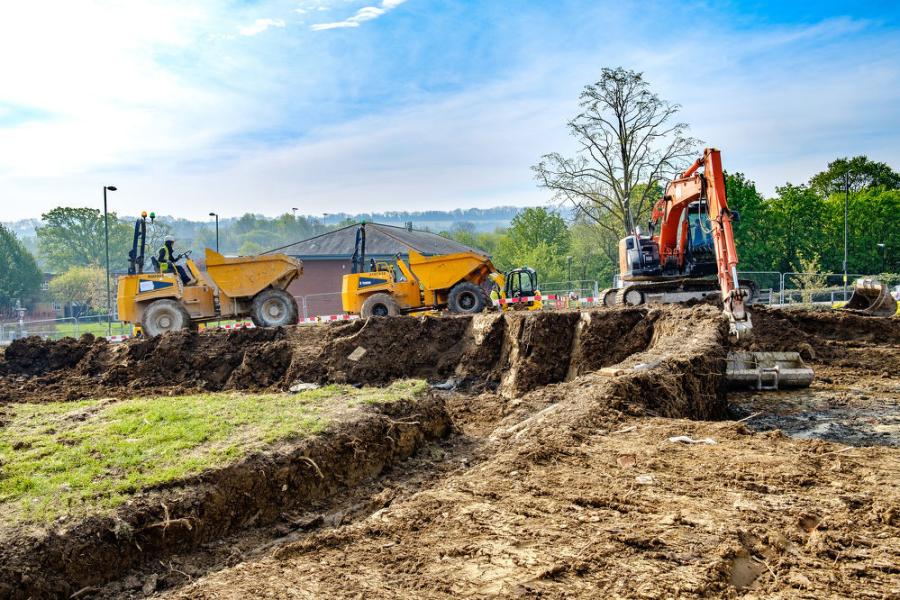 Paycheck Protection loan program revisions mean employers that used PPP loans to save jobs will not be forced to pay more taxes next year as a result.

This PPP round adds $284 billion in new forgivable loan funds to the $525 billion already distributed.

In answer to criticism that minority and women-owned businesses did not get enough money during the first two PPP rounds last year compared with bigger businesses SBA tweaked its program rules.

The tweaks also are meant to ensure the program improves the U.S. economy while stamping out potential loan fraud.

The construction industry, he said, "is coping with project cancellations and job losses in most parts of the country."

"This new funding should keep a number of road projects from getting canceled or delayed over the coming months," he said.

The measure also includes new funding for waterways, ports and other maritime facilities. 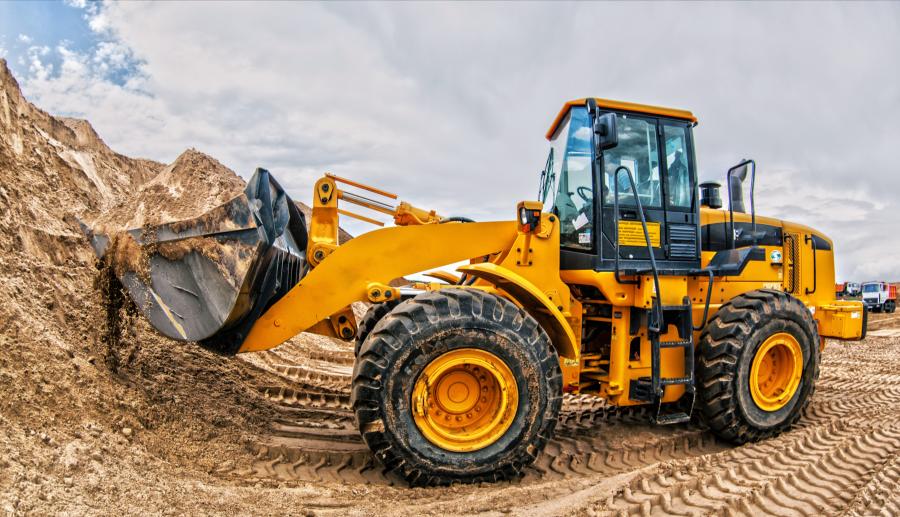 In breaking down the construction funding, AGC noted its government relations team "worked day and night for months fighting to ensure the best possible outcome for the construction industry."

Not everything the association lobbied for made it into the package, but it does include "many significant construction industry priorities" AGC worked toward.

Eligible contractors will be able to claim tax credits up to $14,000 per employee through an extension of the Employee Retention Tax Credit into 2021.

Some $46 billion is earmarked for the federal-aid highway and transit programs for ongoing and planned construction projects through at least Sept. 30, 2021.

Portions of $82 million set aside for education is eligible for construction or renovation projects related to pandemic needs.

AGC worked to obtain $25 billion in tax incentives for community buildings development through the extension of the New Markets Tax Credit for five years;

And, AGC saw upwards of $3.3 billion earmarked for broadband installation and removal construction.

Under the new PPP program, some small businesses can apply for a second PPP loan of up to $2 million.

Eligible second-time borrowers must have no more than 300 employees.

Borrowers must have either spent or intend to spend all of their first-time PPP loan on eligible expenses, such as wages and rent.

And businesses will have to show they've suffered from the pandemic. A loss of at least 25 percent in gross receipts during any quarter in 2020 must be documented.

But, noted Reuters News Service, businesses will be able to use PPP funds over eight to 24 weeks.

This is a more flexible and better-defined window than under previous versions of the loan program.

"Some businesses felt pressured or struggled to spend their PPP funds so quickly, with many preferring to hold onto funds until really needed," according to the analysis.

SBA has streamlined the process for obtaining forgiveness for loans of less than $150,000.

Borrowers will now sign and submit a brief form attesting that the money was spent as required in order for the loan to be forgiven.

Banks and the AGC felt the previously required receipts and documents were too onerous for smaller borrowers, making it difficult to process the millions of forgiveness applications.

Sandherr of AGC said the revised PPP program "reaffirms the original Congressional intent that employers that used PPP loans to save jobs will not be forced to pay more taxes next year as a result." 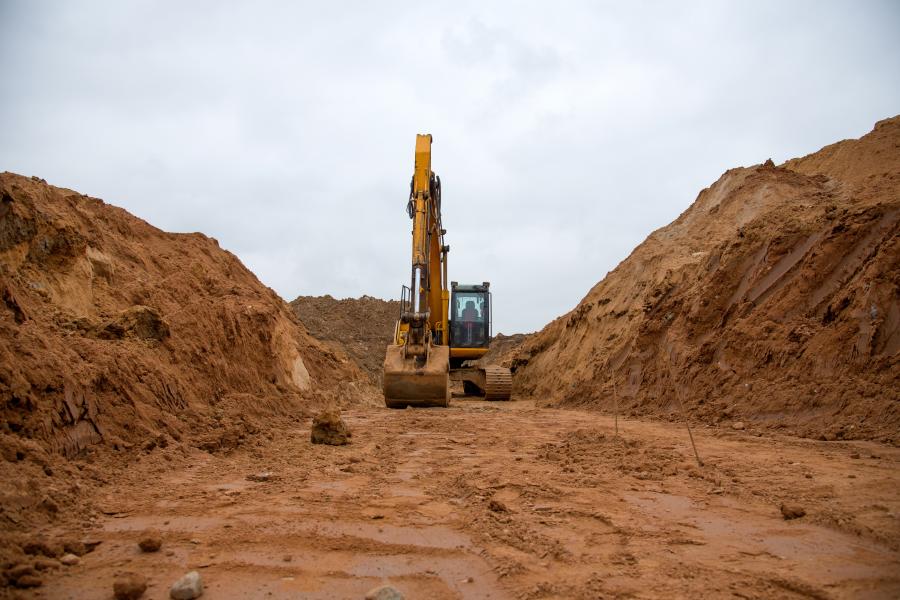 Eligible business expenses paid with PPP loan proceeds now are tax-deductible even if the PPP loan is forgiven.

Originally, forgiveness of a PPP loan would not result in the forgiven amount being included in the taxpayer's gross income, as would normally be the case with debt forgiveness.

The IRS took the position that, for expenses paid with a forgiven PPP loan that was forgiven, the taxpayer could not also take a business expense deduction.

To do so would result in the taxpayer receiving a double tax benefit.

But the CAA overrides the IRS and provides that no deduction shall be denied because a PPP loan is forgiven.

The agency confirmed that otherwise deductible business expenses will be deductible even if they were paid with PPP loan proceeds and the taxpayer's PPP loan is forgiven.

Given that demand for many types of commercial construction projects is likely to remain soft in 2021, Sandherr of AGC said, the administration's plan to tax firms for their forgiven loan amount would have cost many construction jobs.

"Instead, the new recovery measure will preserve many of the original benefits of the PPP, something our association has worked aggressively to ensure."

Additionally, according to Lexology, such taxpayer's tax basis in its assets will not be reduced as a result of the forgiveness of the PPP loan.

Employers may now claim the credit even if they receive a PPP loan.

The program was criticized last year for allowing fraudsters and big companies to get cash, but the SBA has safeguards in place with the new program.

The goal, according to Reuters, is to ensure the money is going to legitimate businesses. That could low the approval process by at least a day.

However, program administrators are anticipating funds will meet business demand, so companies should not miss out from delays.

AGC helped bring about change in the PPP loan audit process by filing suit to compel the SBA to restrict its use of the Loan Necessity Questionnaire and revise the form.

"AGC recognizes that SBA has every right and even an obligation to ensure that companies were eligible for the PPP loans they are now asking SBA to forgive," stated the association.

"But AGC objects to SBA's use of this particular form — and to any other effort the change standards for loan eligibility."

AGC concluded, after reviewing the document, that "the answers to its questions cannot begin to paint an accurate picture of the economic uncertainty that companies faced at the time they applied for their loans."

Responding to the association's push for revisions to SBA's Loan Necessity Questionnaire, the agency announced this month it will provide additional time for public comment.

SBA will also "submit any resulting amendments to the information collection to the Office of Management and Budget (OMB) for approval."

The SBA had required borrowers of PPP loans more than $2 million to complete the previously-secret questionnaire as they apply for loan forgiveness.

The purported purpose of the form is help SBA pass judgment on the certification that all borrowers had to make at the time they applied for their loans.

The certification states that "current economic uncertainty makes this loan request necessary to support the ongoing operations of the applicant."

The fundamental problems with the form, according to AGC, are that it focuses on the way that the following months actually played out.

It also establishes tests that borrowers could not anticipate, and provides little opportunity for borrowers to explain the real reasons for their economic uncertainty.

"Following several weeks of frank and ultimately unproductive communication with federal decision makers, AGC filed its lawsuit against SBA in the U.S. District Court for the District of Columbia," reported the association.

"The very next day, the SBA issued new guidance on the form, declaring that the agency does not intend to base its decisions solely or exclusively on a borrowers' responses to the form."

Further, the agency will only decide whether a borrower acted "in good faith at the time of [its] loan application, noted AGC.

"The day after that, after months of insisting that it needed to keep the form secret, the SBA officially released the form, posting a copy on the agency's web site." CEG