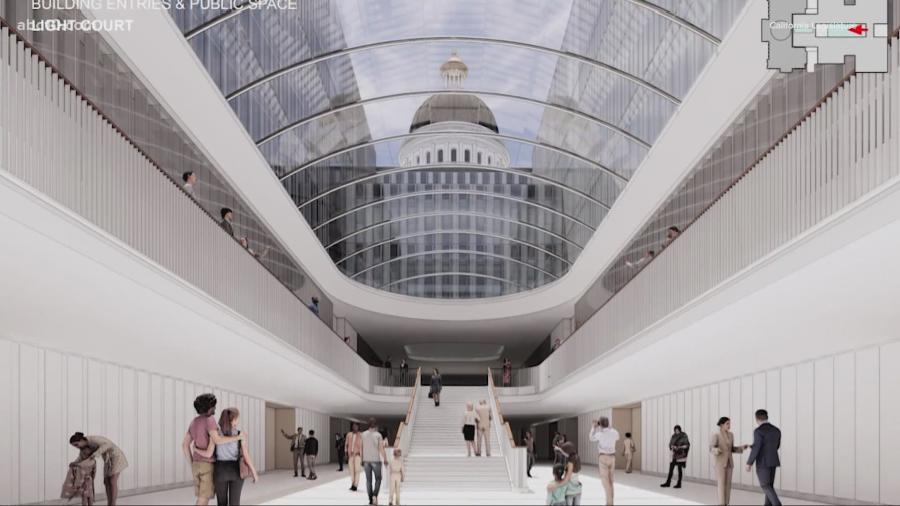 The plan is to demolish the Annex and replace it with a more modern structure that will comply with new rules designed to withstand earthquakes and fires all while making the building more accessible for people with disabilities.

SACRAMENTO, Calif. (AP) While California's Legislature reconvened in early 2022, staff are currently busy building boxes instead of bills as they work to quickly vacate their offices ahead of the scheduled demolition of their nearly 70-year-old workspace.

California's Capitol was completed in 1874 and, at the time, it was big enough to hold most of state government, including the Legislature, the executive branch and the state Supreme Court.

But as California grew into the nation's most populous state following the Gold Rush and a pair of world wars, state government grew along with it. Agencies moved out as more buildings sprung up around the Capitol. In 1952, the Annex was connected to the Capitol, where it has housed lawmakers offices —including the governor — ever since.

That ends this year as part of a plan to demolish the Annex and replace it with a more modern structure that will comply with new rules designed to withstand earthquakes and fires all while making the building more accessible for people with disabilities.

In the meantime, the state built a $423.6 million office building approximately two blocks away from the Capitol to house lawmakers and their staff during construction. The Legislature will still meet in their respective chambers in the state Capitol. But their offices, instead of just a few floors away, will be about two blocks away until at least 2025.

That's if everything goes according to plan. Unforeseen construction delays could keep them there much longer. And some environmental and historical preservation groups have sued to block the project, worried about its impact on surrounding Capitol Park and some of the rare trees and plants that live there.

Lawmakers said Capitol Park's most prominent trees will be protected. That includes the "moon tree" — a Redwood that grew from a seed that went to the moon on Apollo 14 and is now about 120-ft. tall — and a grove of trees planted in 1897 that were taken from famous Civil War battlefields at Gettysburg and Fredericksburg.

It was mostly quiet inside the doomed Annex as some offices have already relocated to the new office space. That includes the large bronze statue of a grizzly bear that stood in front of the governor's office. The bear, affectionately known as "bacteria bear" for its ability to attract schoolchildren's fingers, has been a fixture for tourists since former Gov. Arnold Schwarzenegger personally paid to install it more than a decade ago.

In Assemblyman Evan Low's office, Chief of Staff Gina Frisby packed up her bosses' office, famous for its wood-paneled walls that are widely loathed by lawmakers.

"I don't know how many times over the years he has complained about wanting to get that removed," Frisby said.

Inside the office of Assemblyman Adrin Nazarian, Chief of Staff Dan Savage was a bit wistful as he recounted his 25 years in the building — nearly all of his adult working life.

"I can't tell you how many times I've slept on my desk and woke up with a crick in my neck," Savage said.

Nazarian was chair of the legislative budget committee that vetted the proposal for replacing the Annex, so Savage knows all about the building's problems that he says makes the demolition necessary.

But closing down the Annex will likely be Savage's final act in state government as he plans to retire at the end of December.

"Not only is the building going, but I'm going," he said. "I'll never be able to come back to this building."