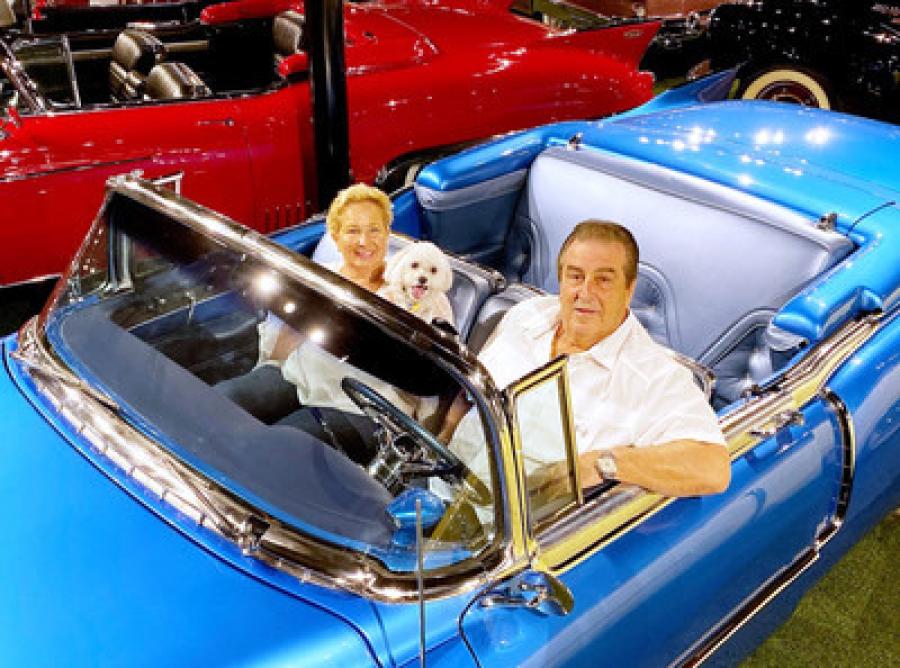 John and Jeanette Staluppi’s generosity is well-known throughout the industry.

Leake Auctions has secured a select group of vehicles from internationally recognized collector John Staluppi. Nearly 120 of his vehicles will sell without reserve during Leake's auction in Arizona, Jan. 15 to 19, 2020. The Ritchie Bros.-owned company has partnered with Salt River Fields at Talking Stick for its multi-day auction.

Staluppi's passion for cars began as a teenager when he bought his first car, a 1962 Corvette, at the age of 16. It was black on black, with a 340 hp engine and 4-speed transmission. Some years later, he was able to track down and purchase back that same car. It is the focal point of his collection today. He is currently one of the most prominent car dealers and collectors in the United States.

Staluppi's collection also includes very significant charity vehicles. Most recently he purchased the 2020 Toyota Supra #1 for $2.1 million, with the proceeds benefiting the American Heart Association and Bob Woodruff's Foundation supporting veterans and service members. Staluppi and his wife Jeanette's generosity is well-known throughout the industry. They have donated millions of dollars, benefiting many charities across the country.

In addition to his massive car collection, Staluppi is an avid fan of yachting. Over the years he has custom built more than 20 mega yachts. Many of his mega yachts were named after James Bond films, one of which dubbed "Spectre" was awarded top prizes in the Asia Boating Awards 2019 and from the Boat International Jury.

"This collection of vehicles and his museum are simply breathtaking," said Gary Bennett, general manager, New Ventures & Sectors (Collector Cars) of Ritchie Bros. "John has a very discerning eye for detail and a magical understanding of the collector car market. We are honored to offer his vehicles without reserve during our inaugural auction in Scottsdale."

A few of the highlights from John Staluppi's Cars of Dreams Collection include: