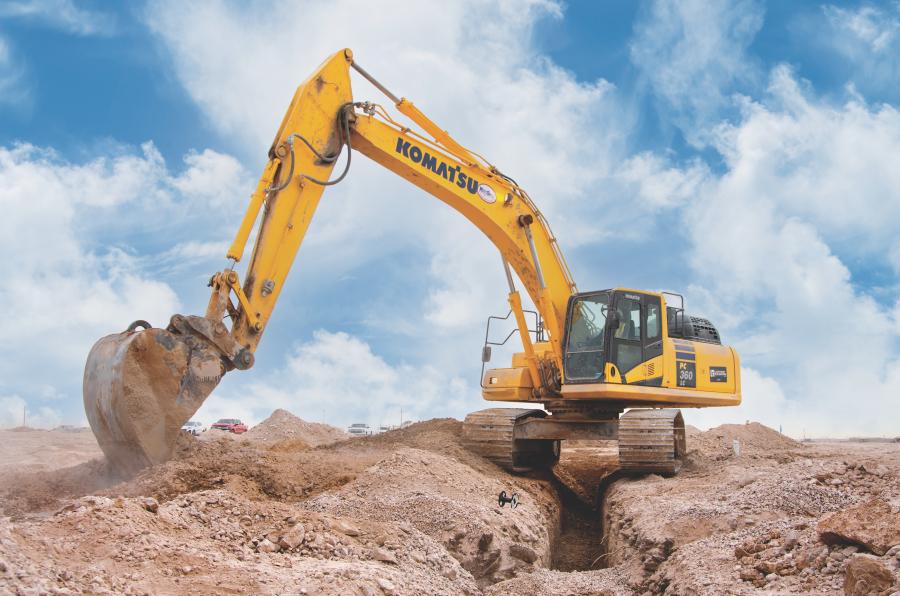 “It has a lot of power, so I can get through any type of material quickly,” said Manuel Tores. (Photo courtesy of Kirby-Smith Machinery.)

Brice Lockhart doesn't necessarily believe in the adage, "bigger is not always better."

"We like jobs that involve really big pipe, especially ones with large quantities that need to be put in the ground," said Lockhart, who owns and operates Lockhart Excavation LLC in Austin, Texas, with his wife, Melanie. "We've laid an up to 72-inch water line and we did a 30-mile, 24-inch water line in Hutto years ago. They are not always as big as those, but for the most part, our jobs are sizable. We strive for those." 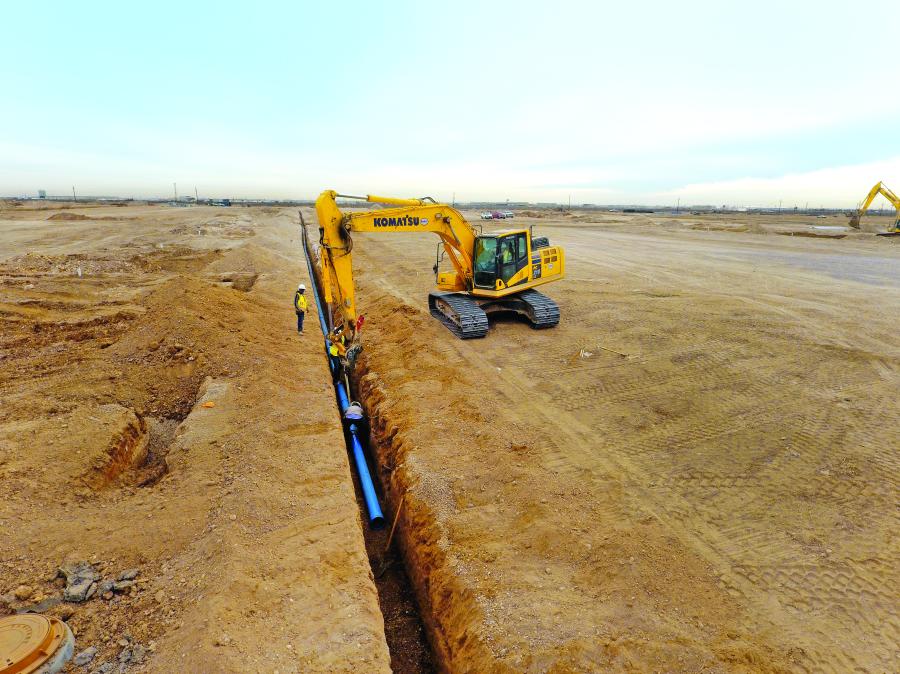 Lockhart added that experience plays a big role in Lockhart Excavation's ability to complete such undertakings on time and on budget. He has been putting pipe in the ground for nearly 30 years and the majority of his staff has a similar level of expertise.

"I started doing utility work in 1994 and spent 20 years working for another contractor," recalled Lockhart. "When it went out of business, I started Lockhart Excavation. October will be our eighth year in business. Several of the guys on staff worked with me in the past — probably 80 percent of them. I give them a lot of credit for our success. They just know how to get the job done."

Lockhart Excavation started as an eight-man crew and within the first year, Lockhart added three more crews to meet growing demand. After a period where "things leveled out," Lockhart Excavation experienced another rapid expansion during the last two to three years. Today, the company employs approximately 90 people and installs all types of wet utilities throughout the Austin area and West Texas.

In the Midland-Odessa area, Lockhart Excavation recently installed more than 22,000 ft. of water, sewer and storm pipe for a 152-home subdivision. Superintendent Daniel Torres said that's been a fairly typical type of job in West Texas. 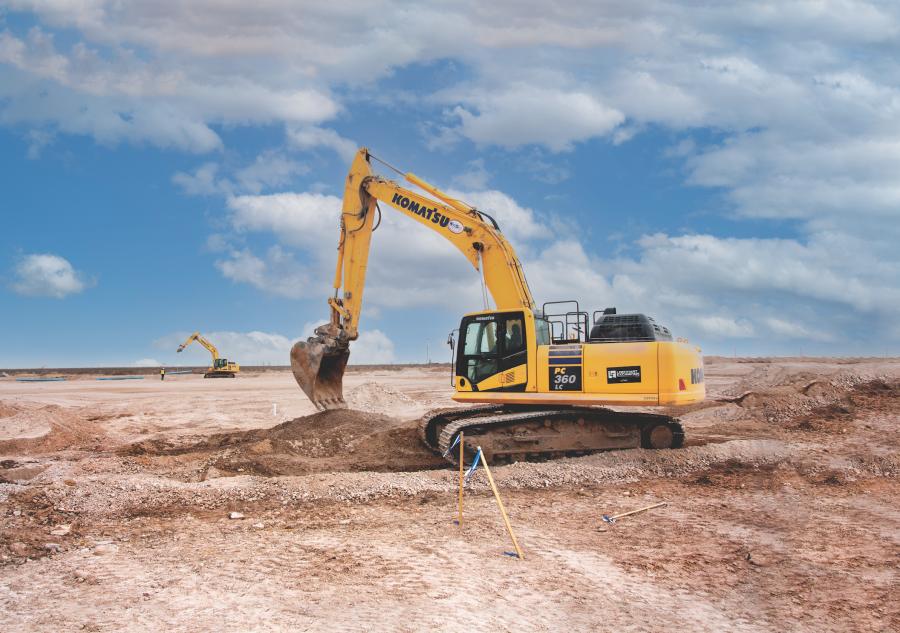 "Generally, we have two or three of those going at once out here, but back in Austin, we usually run 15 to 20 jobs," Torres said. "Residential is our main market — putting in utilities for subdivisions and apartment complexes. We have work lined up in the area for a while, so it's keeping us busy."

Lockhart said residential projects are the company's forte, but it occasionally takes on commercial and large public utility installs. The 30-mi. water line, which was an $18 million job that Lockhart Excavation did as a general contractor, was in the latter category.

"It ran from Noack to Hutto and was the largest we have done so far," said Lockhart. "We crossed varying terrain. The biggest challenge was boring under Brushy Creek. We had to dig a bore pit 40 feet deep. Those types of jobs are rare, but we can handle them. Mostly, we stick with the residential and right now there is plenty of that type of work to do."

"The PC360s are good for large pipe and heavier work such as breaking rock and moving mass amounts of material quickly," said Torres. "We use the PC210s for smaller pipe and to backfill trenches. Across the board, we have found Komatsu to be more powerful and productive than other brands. The hydraulic response is excellent." 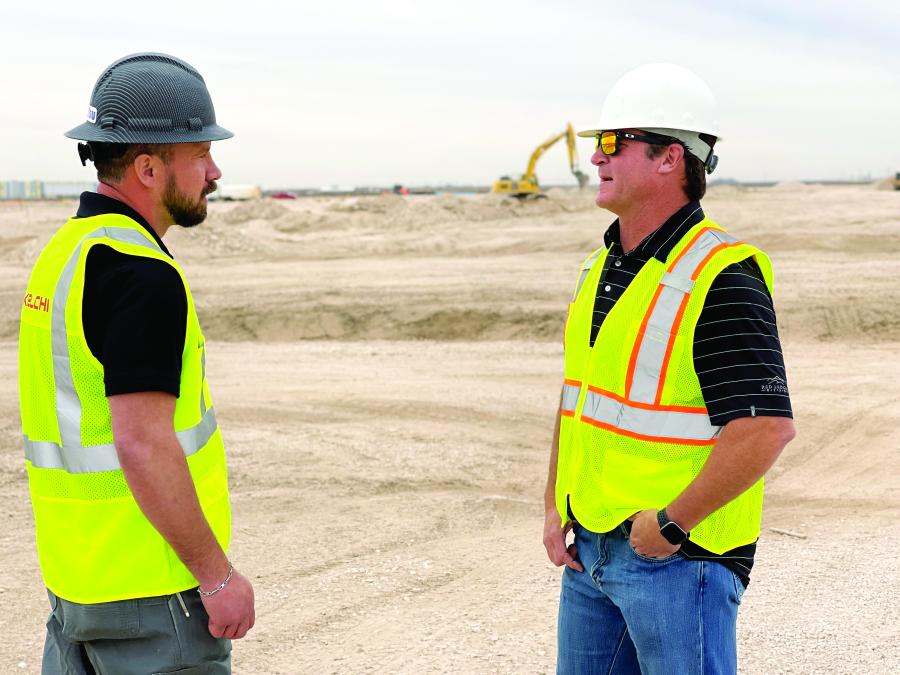 Lockhart added, "I've always liked Komatsu excavators. We used them in the past with other companies. They are quick, strong and they last. Reliability and longevity are very important to me. We put a lot of hours on our Komatsus and rarely have an issue. That's extremely valuable when time is money and you have to get pipe in the ground as quickly as possible."

"Matt and Kirby-Smith have been great to partner with," stated Lockhart. "They have a huge inventory of machines and have been able to get us pretty much anything we needed. Service after the sale is very important to us and they have delivered every step of the way. For example, we had a minor issue with a machine, and they had it fixed within a few days. In our experience, other companies would have taken months."

KSM tracks Lockhart's newest machines with Komtrax for hours, so its service team knows when to perform scheduled services under the Komatsu Care program, which covers the first 2,000 hours or three years.

"They set it up during convenient times in order to minimize our downtime," said Lockhart. "Because Komatsu Care is complimentary, it saves us money on those services. More importantly, it ensures they are done on time by trained technicians, and that keeps our machines in good working order so that we maintain productivity."

Lockhart said that if the company's recent workload is an indicator for the future, it's on a good path. He can see Lockhart Excavation adding more crews and additional equipment within the next couple of years.

"Both the Austin area and West Texas continue to grow, so there has been plenty of work," said Lockhart. "As customers got to know us and saw our quality of work, they asked us to do more for them. They also referred us to others. That's how we got into West Texas. A friend of mine was doing work for a developer who needed some help. I had a crew that needed work, and we moved in. We have been there for six years now and we believe it's going to stay busy for quite some time."