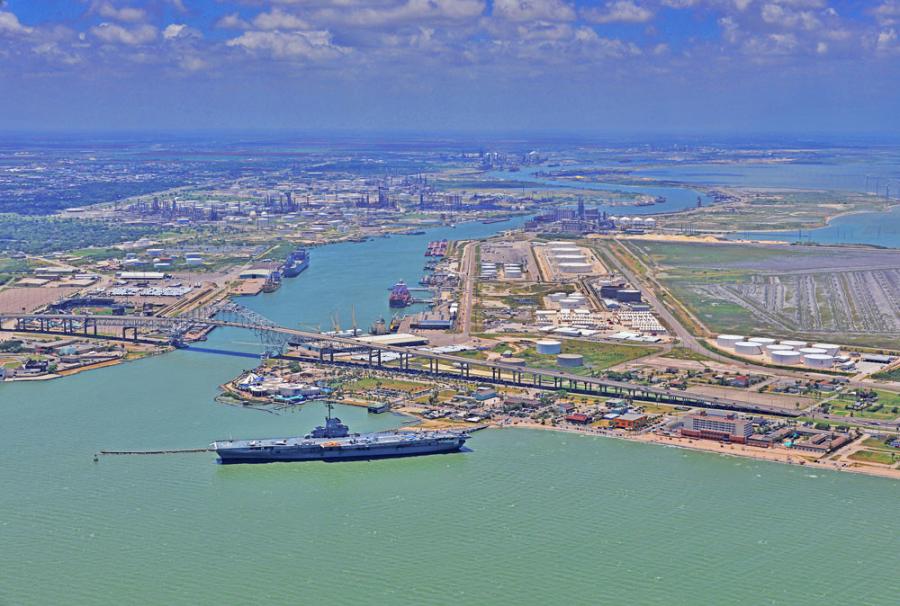 The Port of Corpus Christi Commission approved a long-term (50-year) lease agreement with Lone Star Ports LLC, a joint venture between the Carlyle Group and the Berry Group, for approximately 200 acres on Harbor Island to develop a state-of-the-art petroleum export terminal. Featuring the latest in safety, security and environmental technologies, the facility will connect U.S. crude producers with all major international markets.

The lease agreement between the Port of Corpus Christi Authority and Lone Star Ports will provide significant accretive value in the Port's annual operating revenues, and the project is expected to create more high-wage jobs and more economic prosperity for Port Aransas, Nueces County and throughout Texas.

Lone Star Ports' facility on Harbor Island is designed to be the deepest-draft safe harbor crude export facility in the nation when commissioned. Immediately upon completion, the facility's two docks will have access to the improved 56-ft. ship channel depth, making it the United States' first and only onshore terminal capable of fully loading Suezmax vessels and nearly full loading Very Large Crude Carriers (VLCCs).

Last month, the U.S. Army Corps of Engineers (USACE) awarded the first dredging contract for the Corpus Christi Ship Channel Improvement Project to the largest U.S. dredging company, Great Lakes Dredge and Dock Company (GLDD), to deepen the channel to a depth of 56 ft. from the channel entrance to Harbor Island, and a planned depth of 54 ft. throughout the rest of the harbor.

"This long-term commitment is testament to the significance of the Corpus Christi gateway for American energy exports, which are expected to triple in the next decade," said Sean Strawbridge, chief executive officer of the Port of Corpus Christi. "A 50-year lease agreement with the Carlyle Group and the Berry Group joint-venture company, Lone Star Ports, is not only complementary to our existing marine terminal infrastructure but also positions the Port of Corpus Christi to be the preferred outlet for U.S.-produced crude exports serving all major global demand centers for generations to come."

"The Carlyle Group is enthusiastic about our shared vision with the Port of Corpus Christi Commission to develop an environmentally safe, world-class facility that will position Corpus Christi as a vital economic engine in Texas and around the globe," said Ferris Hussein, managing director of The Carlyle Group. "The Harbor Island project would not be possible without the leadership shown by the Port's commission and staff in their ongoing commitment to communities throughout the Coastal Bend region. This partnership is a great vote of confidence in Carlyle and our abilities to deliver generation changing infrastructure projects, and we take that responsibility seriously."

Civil works for this facility repurposing project have been under way for the past year ahead of finalizing a definitive lease agreement, including the demolition of existing dock structures from a previous decades old Exxon crude import terminal on Harbor Island. The execution of this new lease enables the parties to commence major equipment and materials procurements and other construction efforts.