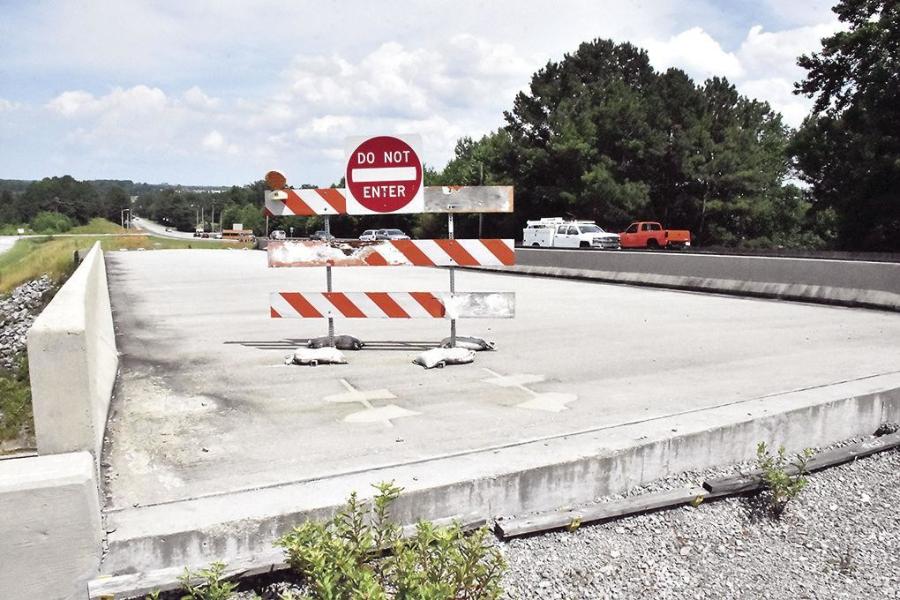 Bridges along Alabama 157 were built several years ago in anticipation of a project to widen the highway.

State legislators and community stakeholders joined Cullman city officials and the Alabama Department of Transportation (ALDOT) in October to break ground on the long-awaited Alabama Highway 157 widening project between U.S Highway 31 and Alabama 69 in Cullman, Ala.

The kickoff event was held on state right-of-way near Lake Catoma, where a bridge for the future roadway was previously constructed.

Chilton Contractors Inc., headquartered in Clanton, Ala., began work on the construction of a two-lane northbound roadway several days later. The general contractor won the $14,895,273 contract in July to build the additional lanes, including drainage, grading, pavement, traffic signals and multi-use paths. The existing two-way road will serve as the future southbound roadway.

The project is funded through a Better Utilizing Investments to Leverage Development (BUILD) grant as well as a combination of state, city and other federal funding.

"Teamwork was the key," said Cullman Mayor Woody Jacobs. "There are so many people involved, and all the stars aligned."

Bridges for the northbound roadway over Lake Catoma and the CSX railroad were completed in 2013. But at that time, the absence of any adjustment to state highway funding was forcing ALDOT to focus increasingly on maintenance of existing infrastructure over costly expansions to Alabama's transportation network.

Only minor traffic impacts to traffic on the existing roadway are anticipated during the initial stages of construction. Throughout the project, which is anticipated to take about two years, two lanes of AL 157 will remain open whenever possible, but motorists are advised of the possibility of occasional lane closures with traffic directed by flaggers or a pilot car.

"This infrastructure project is one of the most highly anticipated in Cullman's recent history," said state Sen. Garlan Gudger, who represents District 4, which includes Cullman.

"Without adequate funding for transportation projects, such as the federal BUILD grant and Rebuild Alabama, this would not be possible. I am proud to say that because of this funding, what was once a dream is now a reality. The teamwork displayed to connect this final link of Alabama 157 is not just an achievement for Cullman County, but for all North Alabama."

Gudger was joined at the groundbreaking for the AL 157 project by state representatives Randall Shedd, Corey Harbison and Scott Stadthagen.

"This is obviously a major project and it impacts all four counties in my legislative district," Shedd said. "It's been my number one legislative priority and working with Sen. Gudger and the legislative delegation has been fruitful. I appreciate Gov. Kay Ivey and ALDOT Director John Cooper's approval and our congressional delegation for helping to secure this rare and substantial grant. Working together with state, federal and city funding made it a reality."