Looking for Classic Cars, Memorabilia? Check Out This Sale 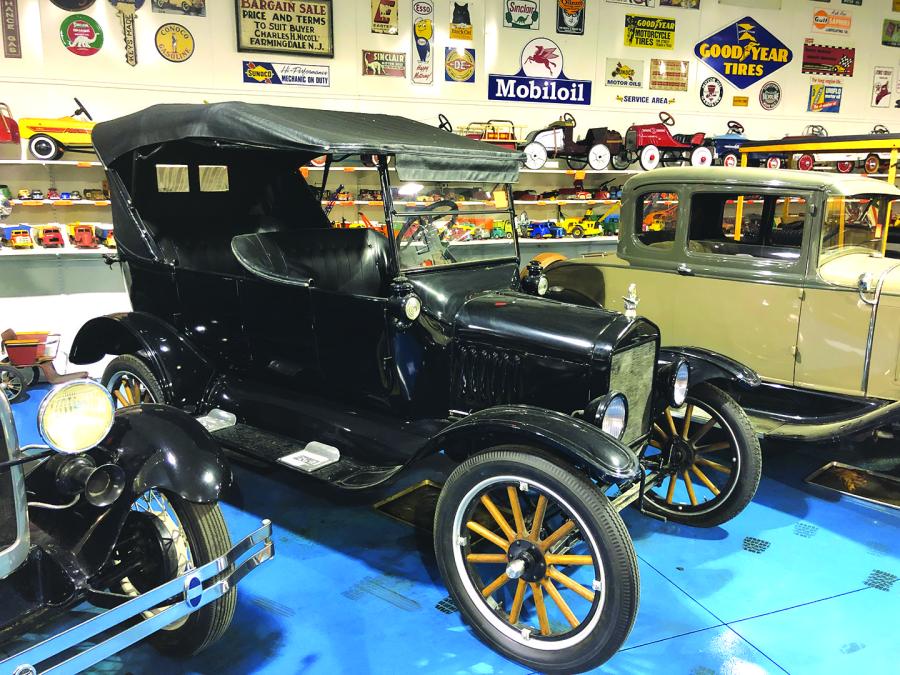 More than 1,500 lots of classic cars (including this 1923 Ford Model T), trucks, signs, toys, gas pumps from days gone by and more are going on the block.

Collectibles are a big business these days and if you count yourself among the many who are fanatical about antique equipment, vehicles, toys and more, then you'll want to count yourself in to an Alex Lyon & Son sale Sept. 29, 2019, in Howell Township, N.J.

More than 1,500 lots of classic cars, trucks, signs, toys, gas pumps from days gone by and more are going on the block in what amounts to a once-in-a-lifetime collectibles auction. All from what's known as the "John Blewett Collection," the items up for sale even impress Jack Lyon, president of Alex Lyon & Son, who's seen a few auctions in his life. 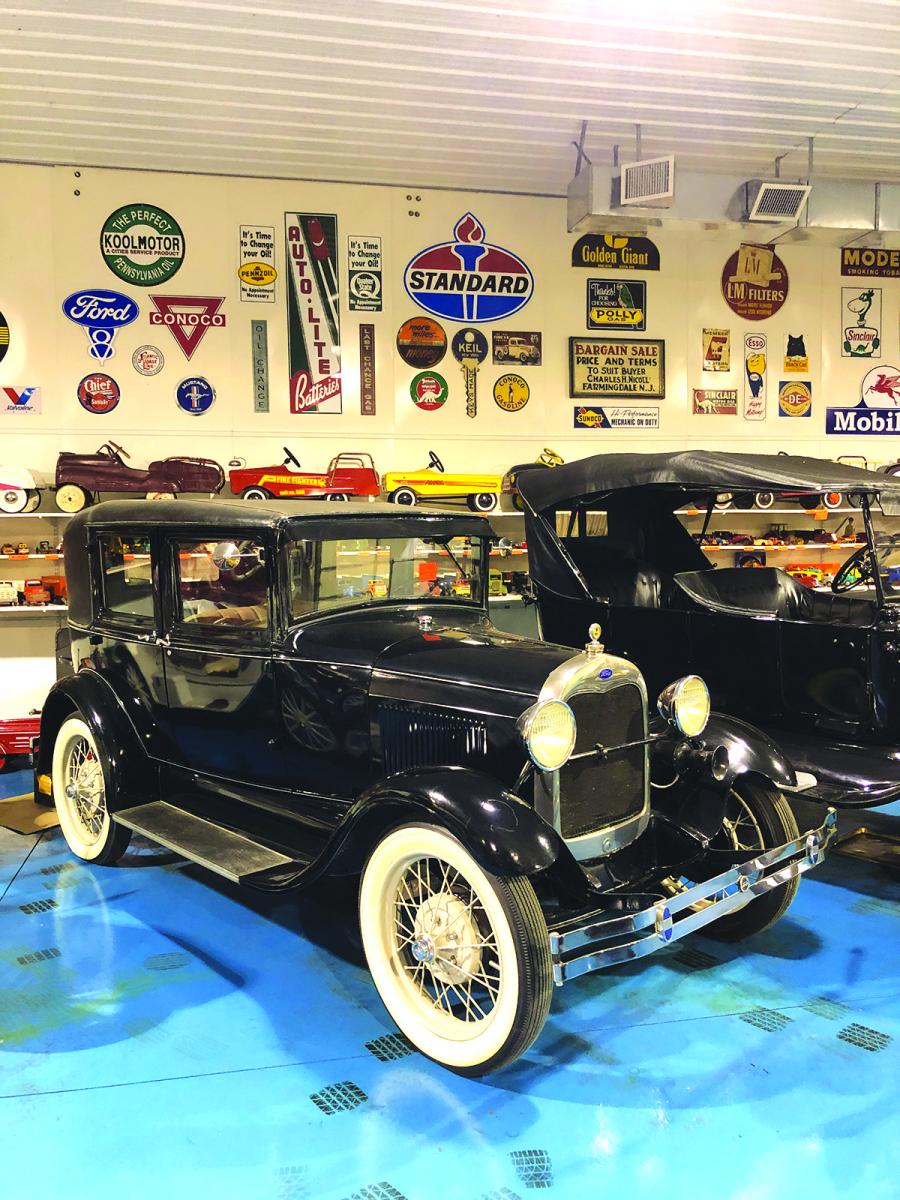 "Some of these vehicles are unbelievable," he said. "They didn't look that good the day they were built. You see the collection and you just go ‘wow!' You don't know which one to pick. He's got a 1935 Packard Limo … you won't find another one in the United States. He's got a 1936 Plymouth. I mean, a 1916 Ford Model T, a Speedster 1922 Ford Model T. It's unbelievable the pieces he has."

"He has some tractors, like McCormick-Deering, which was before they became International John Deere," he added. "The signs are unbelievable. He has vintage automobile signs, like Pontiac and Valvoline Oil and Mobil Oil, Packard and Harley-Davidson. I mean, you go back to the 20s, 30s and 40s."

According to Lyon, John Blewett, who will be 88 years old this year, simply saw this moment as the time to share his collection with others.

"He went around the United States buying the best of the best toys, what he liked," Lyon said. "And, now, he knows he can't enjoy them anymore like he used to and he wants somebody else to enjoy them."

Mike Pearl of Equipment Mart of NY has been a long-time friend of John Blewett … since the 1960s.

"I guess I was probably no more than 20-years-old the day that I met him," Pearl recalled. "He built a very large successful company in New Jersey, handling all kinds of metals, scrap and recycling called John Blewett Inc. Metal Recycling. He is known everywhere he goes in the area where he runs his business and is today known as ‘Grandpa.' He is at the point in his life where it's important to him that the people that end up with what he has spent 60-some odd years collecting and enjoying also will enjoy it. Almost every Sunday of his life he went to antique fairs. His one wish now is that the people who end up with it will respect it as much as he does."

Michelle Cougle, who works for John Blewett Inc. and is a granddaughter of John Blewett, is likewise pleased that others will now be able to have the opportunity to enjoy this collection as much as her grandfather has.

"We used to go all over with him to flea markets and antique stores," she said. "He brought all children, grandchildren and great grandchildren to go buy items for this collection. He would travel all over the area to Connecticut, New Jersey and Pennsylvania to find items. Some were even as far as way as Texas.

"He's taken a lot of pride in this collection and he's enjoyed every moment searching all these years to gather them. It'll make him really happy to see people cherish these as much as he has."

The auction on Sept. 29 will be held at 246 Herbertsville Road in Howell Township, N.J. CEG 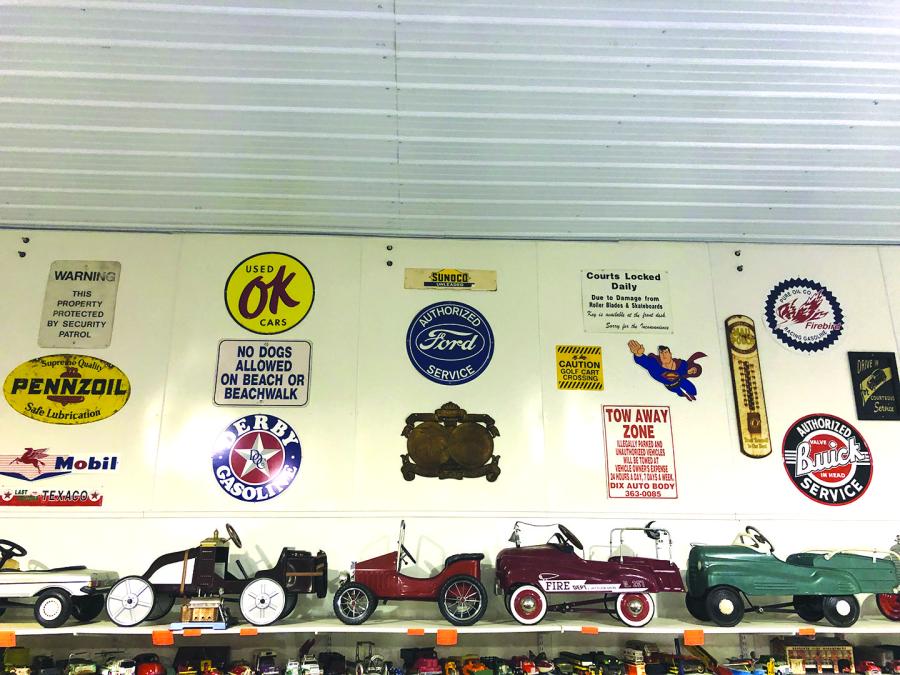