LOTs of Activity Ahead for $267M Columbus Water Tunnel 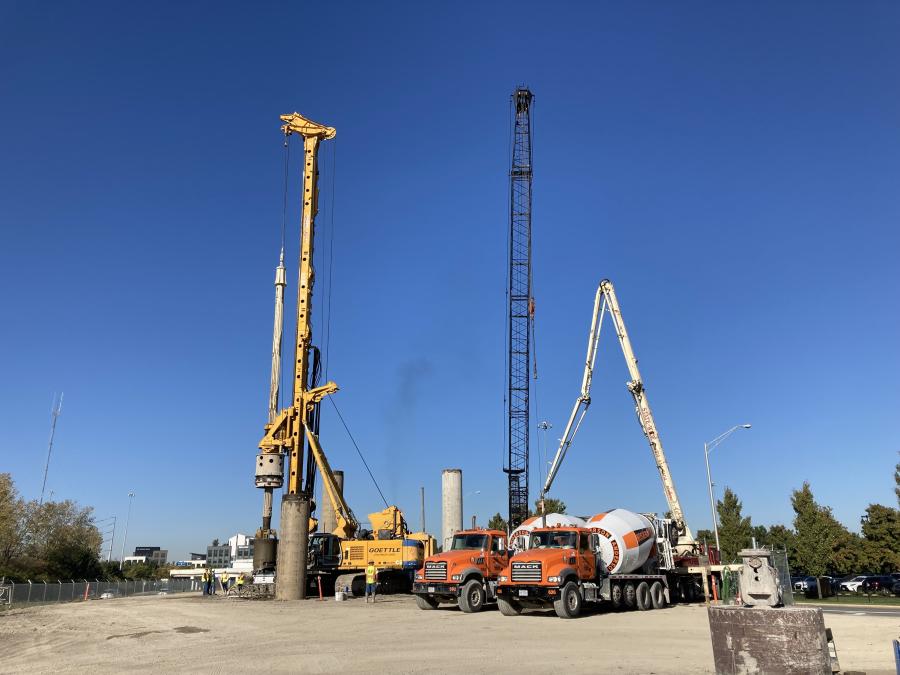 In Columbus, Ohio, work is under way on a $267 million project known as the Lower Olentangy Tunnel (LOT). Construction began on site in April 2021, with a scheduled completion date of December 2026.

"The city is under two Ohio Environmental Protection Agency [OEPA] consent orders to improve water quality and reduce the potential for human contact with waterborne pollutants by reducing overflows from the sewer system into creeks and rivers during wet weather events," said Jeremy Cawley, city of Columbus project manager. "The city's plan for achieving the requirements of these consent decrees is described in the 'Integrated Plan and 2015 Wet Weather Management Plan Updated Report'. One of the key elements of the plan is the LOT. Due to the durations required to construct the tunnel, LOT was advertised in late 2020, in order to begin construction in early 2021 and meet the required completion dates stipulated in these agreements." 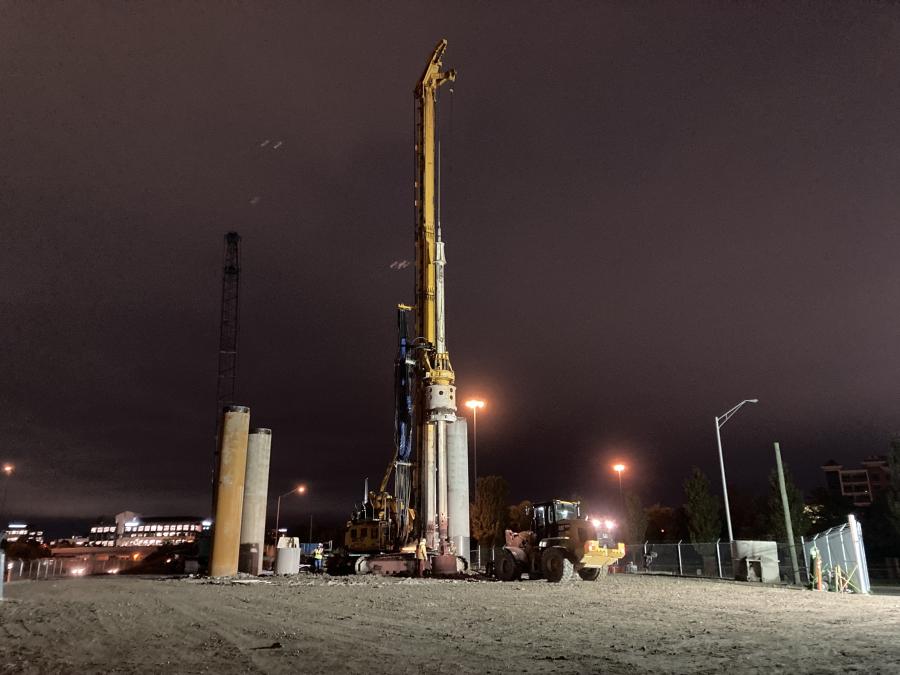 The LOT main tunnel will be constructed of concrete segments with three main shafts at Tuttle Park north of Lane Avenue, Gowdy Field near Third Avenue and Olentangy River Road and Vine Street.

A microtunnel 90 in. in diameter also will be built to relieve OARS near Second Avenue, which will begin at the Second Avenue and Perry Street intersection and flow west into the LOT at the Gowdy Field Shaft.

Cawley, who monitors all construction activities, coordinates with the project stakeholders, as well as the public, to ensure that city management is kept updated on all project matters, said a majority of the work in the first year is confined to existing city right-of-way or controlled sites that don't have a large impact on residents. However, one site does pose vibratory concerns to a nearby facility that houses sensitive equipment.

"In the coming years, there will be additional sites that will close sections of roads in the Harrison West neighborhood and portions of Tuttle Park for multiple years, in order to construct the necessary improvements. These closures will require construction activity near homes and businesses that will likely experience increased noise and traffic impacts.

"The city, contractor and construction management team [CMT] are conducting close coordination with stakeholders, sensitive facilities, neighborhood groups and businesses to be proactive and provide updated project timelines, so that everyone is aware of any upcoming impacts or road closures. Security fencing with screening is being utilized at all work sites, in an effort to reduce the visual impact of the work as well."

Sensors are being used around the project work sites to provide real time information, so that adjustments can be made quickly when necessary. Examples include monitoring noise levels at all work sites to ensure that the construction is conducted within the noise ordinance limits and monitoring ground vibrations at nearby facilities so that sensitive equipment isn't affected.

Financing for the project is being provided through a below-market-rate loan through the Ohio EPA's Water Pollution Control Loan Fund (WPCLF) Program. According to Granite Construction project executive Bob Rautenberg, "The biggest challenges on the job will be mining the tunnel in the urban area of Columbus, which will include mining under roadways, railways, highways and rivers. The geological conditions expected to be encountered will vary from soft ground consisting of glacial tills to weathered rock. The nature of these conditions will require the tunnel to be mined with a pressurized face designed to cope with the soft soils and water pressures up to 1.5 bar for most of the alignment." 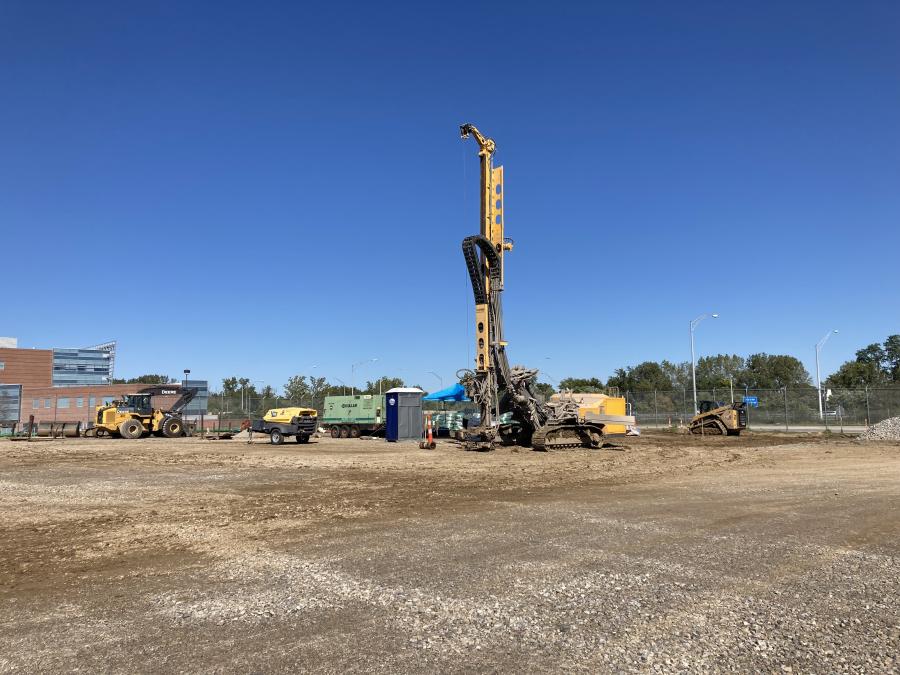 The LOT tunnel consists of 17,000 ft. of 12-ft. ID mined tunnel, which will be constructed using a tunnel boring machine (TBM).

"It will be an earth pressure balance [EPB] TBM designed and built by Herrenknecht in Schwanau, Germany, specifically for this project," said Rautenberg. "The TBM will be a 14-foot-7-inch OD, and will have the capability to erect 12-foot ID precast concrete segments as it advances. The TBM is due to arrive in Columbus in August 2022."

The precast concrete segments will be supplied by CSI-Forterra and will be manufactured in their plant in Macedonia, Ohio, and shipped to the site. The segments are 12 ft. ID, 5-ft.-long and total six pieces.

Rautenberg noted that Ward & Burke LTD will be performing the 90-in. micro-tunnel work.

"The tunnel will launch from the Gowdy Shaft and mine approximately 1,000 feet to the 2nd Avenue Shaft. The micro tunnel will cross underneath the Olentangy River and have a curved tunnel design. The jacked pipe will be reinforced concrete pipe designed to advance the micro-tunneling slurry TBM towards the receiving shafts."

As for site conditions, the Gowdy Filed Shaft was an old landfill that required special permitting from the EPA. The Vines Street Shaft was the receiving shaft site from the OARS Tunnel project Granite had previously constructed for the city of Columbus.

Minimal grading at each of the sites was required for setup. For the most part, 6 in. of black dirt was stripped off and rock was brought in as a working surface. 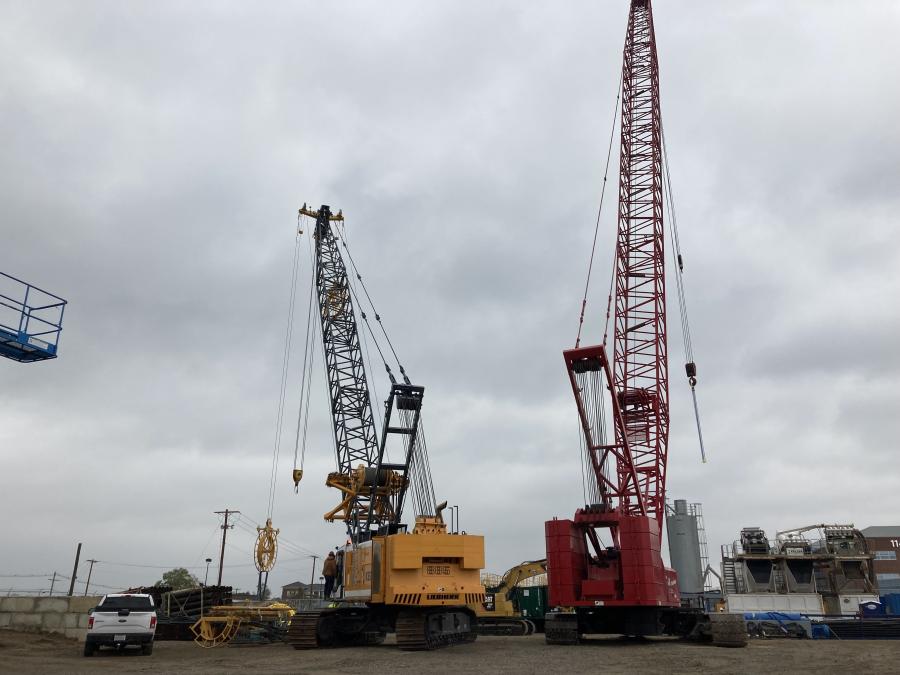 A major milestone on the project involves the LOT South, which must be able to take flow from the 2nd Avenue tunnel by June 30, 2025.

Rautenberg said the project differs from other undertakings because crews are constantly dealing with the unknown regarding below-grade ground conditions. He added that planning for the upcoming work and facilities is the most time-consuming part of the job.

A unique part of the overall project is a 350-ft. curved tunnel that will connect LOT to the existing OARS Shaft. This portion of the tunnel will be constructed using conventional drilling and blasting at depths of 180 ft. deep.

"Granite has vast experience constructing tunnels all over the United States. Building a tunnel is very rewarding, because in the end, we are helping to solve an environmental issue in the area."

Said Cawley, "It's very satisfying to be part of such a major project that will have such a positive and long- lasting impact for our community and the environment. While there will be short-term disruptions and impacts associated with the tunnel's construction, I wouldn't let that make anyone lose sight of the significant long-term benefits for the community and waterways." CEG