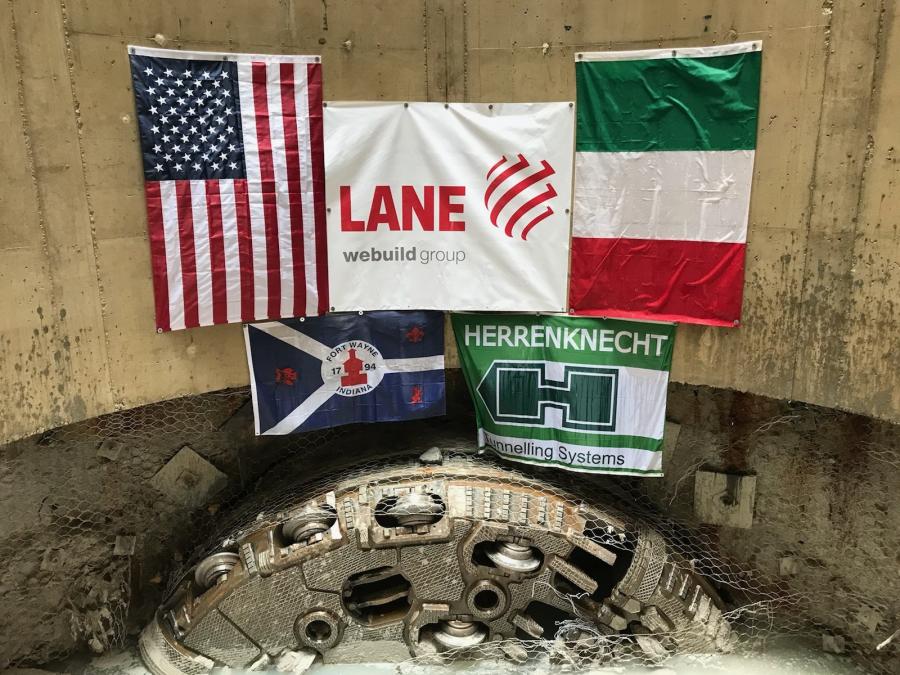 "I'm encouraged and impressed by the work that's being done to protect neighborhoods and preserve our rivers through the MamaJo investment," said Henry. "Today's deep rock tunnel accomplishment sends a strong message that Fort Wayne is committed to reducing combined sewer overflows. It's also vital that we continue to be proactive and innovative in order to be a high-performing city that's meeting the needs of residents, neighborhoods and businesses now and in the future."

Digging through bedrock to create a 16-ft. diameter pipe that would store and transport sewage during heavy rain events, MamaJo often worked three straight shifts over multiple days during her journey 220 ft. below the Earth's surface.

Her journey began near Glasgow and Dwenger Avenues and wound underground, connecting 14 neighborhoods on both sides of the river to Foster Park.

"When connected in 2023, the tunnel will benefit the entire community by protecting our rivers from combined sewer overflows," said Matthew Wirtz, deputy director of City Utilities. "The tunnel will reduce the amount of combined sewer overflow going into our rivers by 94 percent, nearly 900 billion gallons on average each year. When connected by the end of 2023, the tunnel will protect about 45,000 residents and 15,000 properties from basement back-ups and street flooding."

Currently, when it rains, combined sewage overflows into the rivers an average of 72 times per year. When the tunnel is completed and connected by the end of 2023, most of the overflow will go to the Water Pollution Control Plant for treatment and keep nearly one billion gallons of combined sewage out of the rivers.

The Deep Rock Tunnel is the largest construction and public investment project in the city's history. The $188 million investment is designed with a life expectancy of more than 100 years. Construction contractors S.A. Healy/Lane Construction and Salini Impregilo partnered to construct the tunnel. The companies have built deep-rock tunnels in more than 50 countries.

Projects to Complete By 2023