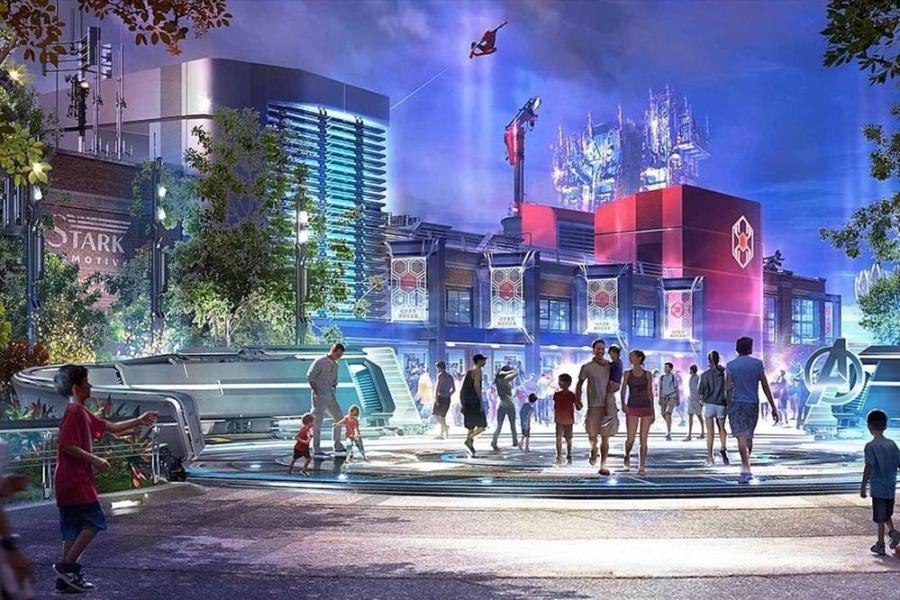 Marvel Superhero Land, announced in October 2018, will feature rides and attractions based on Spider-Man, Doctor Strange, Ant Man and the Avengers.

A new Marvel Superhero Land is coming to Disney California Adventure at Disneyland Resort in Anaheim, Calif. The first phase of the new land is expected to open in the second half of 2020.

But Marvel Land is considered significant, given the popularity of the Marvel characters. Disney spent $4 billion in 2009 to purchase the Marvel brand from Lucas Films.

And more phases of the land are being planned.

According to the official Disney blog post, the new Marvel-themed land at Disney California Adventure will include:

It is based on the Marvel Comics characters.

Marvel Superhero Land, announced in October 2018, will feature rides and attractions based on Spider-Man, Doctor Strange, Ant Man and the Avengers.

In a recent article, the Los Angeles Times reported that the city of Anaheim has approved building permits for new bathrooms, retail outlets, social spaces and a craft brewery.

The Times noted that Disney may be investing heavily in theme parks to take advantage of a strong economy, a steady demand for travel and Disney's access to popular intellectual properties — characters and storylines — on which to base new attractions.

So far much of the work on Marvel Superhero Land has been in the area of the planned Spiderman ride. Crews on scaffolding have installed framing for new buildings as well as steel sheeting. 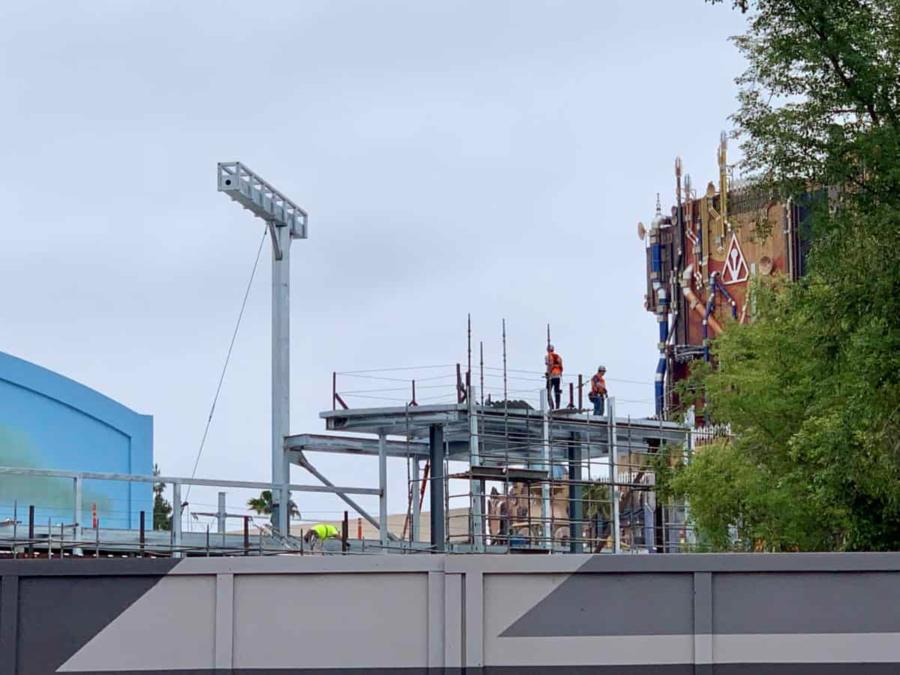 Heavy equipment includes cranes, backhoes, forklifts, delivery trucks and bulldozers. Cement trucks will follow. One crane at the Spiderman ride is said to be permanent and will likely be used to hoist Spiderman himself.

Much of the early work is in converting the existing bugs world building to a Spiderman ride. It appears that riders will be suspended in seats from above rather than riding in a vehicle on tracks.

Disney's description of the new land is a bit vague. At least for now: "Once off the ground, Anaheim guests will be able to ‘suit up' alongside Spider-Man and the new Worldwide Engineering Brigade into the park, or ‘WEB.' The land will pack an ‘immersive, interactive experience' using a blend of a ‘cutting-edge interface' and ‘practical effects.'"

It would seem that at least a portion of the experience in Marvel Superhero Land will be computer generated. But through special construction techniques, the visitor will experience a land that looks much like the backdrop for the comic books.

And much of the Marvel action takes place in New York City.

Construction Details Will Be Vital

Like other Disneyland and California Adventure lands, detail and being true to the original story are vital. It will have to have the look of the cartoon images and New York City.

Possibly more of an older rather than newer New York look.

As with other Disney developments, some of the sets will be built in advance and assembled on site. And some work will be strictly done on site.

Materials include concrete, wood, plastic and steel. And a lot of brightly colored paint.

The sets also will feature electric stations to power the rides and mechanical characters.

Disney is close-lipped on who does its construction work. What is known is that qualifications for its contractors go well beyond those of most construction companies.

Although Disney divulges little about how its fantasy-filled projects take shape, they do begin much like other projects where utilities are set up, roads and sidewalks are created and buildings erected. Heavy equipment brought in is much the same as for any other big project. 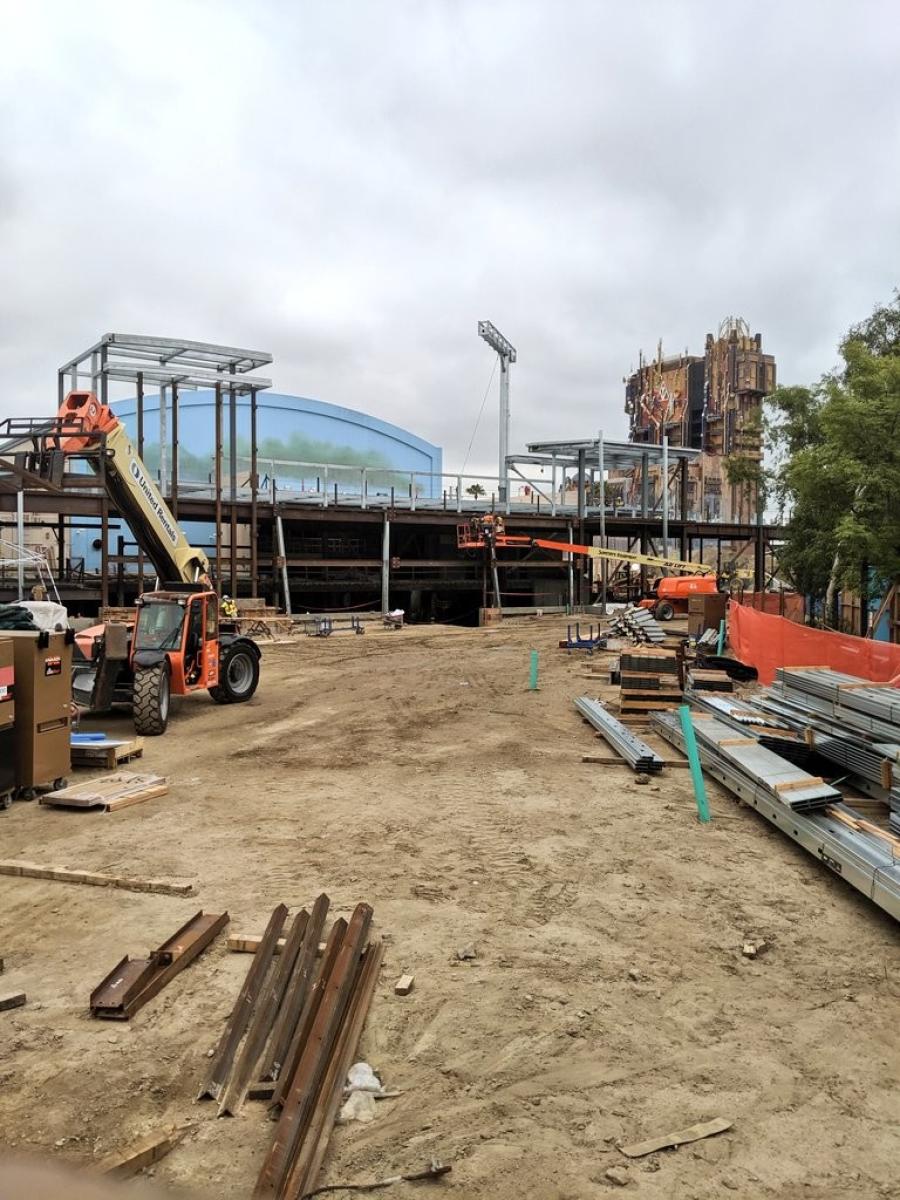 What is different is that in developing architectural drawings, architects must be highly creative and knowledgeable about Disney franchises including the Marvel Comics stories. And construction crews need to know special building techniques and little details about Marvel characters and their surroundings. They also need to know how each ride works and how to build elaborate eye-catching sets. Final construction crews must include experts on assembling rides and animatronic characters.

The rides and shows of Marvel Superhero Land are developed in a top-secret Imagineering lab in Glendale.

Walt Disney Imagineering Research and Development Inc. is the research and development arm of Walt Disney Co. It is responsible for creation, design and construction of Disney theme parks and attractions worldwide.

In other words, construction crews for Disneyland construction projects like Marvel Superhero Land answer to Walt Disney Imagineering Research and Development Inc. They are known as Imagineers.

The Imagineers are basically engineers or architects, but possess a broad range of skills and talents. Their job titles fall under the banner of Imagineering and include illustrators, architects, engineers, lighting designers, show writers and graphic designers.

Most work from the headquarters on Grand Central Creative Campus in Glendale, but some are deployed to satellite branches within the theme parks for long periods. CEG