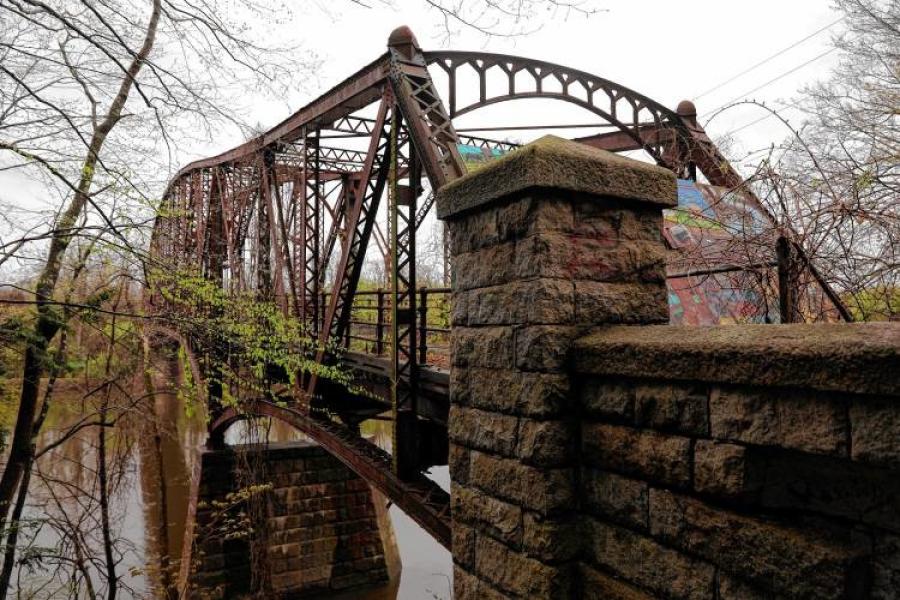 Built to carry a rail line across the Connecticut River in 1903, the Schell Bridge has been closed due to degradation in its steel truss members for the last 37 years.

The Massachusetts Department of Transportation (MassDOT) has assured the town of Northfield that it is not avoiding the reconstruction of the 119-year-old Schell Memorial Bridge, within the town limits, but simply does not have the money to take on the endeavor any time soon.

Built to carry a rail line across the Connecticut River in 1903, the bridge has been closed due to degradation in its steel truss members for the last 37 years.

She wrote that the department's estimated construction cost was approximately $25 million, and the lowest bid received was slightly more than $40 million. Other bids were more than $50 million.

"This is reflective of the unique design, current high cost of steel — one of the many impacts of the COVID-19 pandemic — as well as other market forces in the local steel industry. Those factors combined have helped to drive the price upward," Lavallee wrote. "That said — and this is an important difference — the project is not cancelled, only the current bid for it is."

MassDOT must now, according to its own highway department regulations, as well as those of the Federal Highway Administration (FHA), perform a study to determine if the overall project cost can be reduced.

"This is perfectly normal, occurs on other projects across the Commonwealth, and should not be taken as a sign that the issues holding up this job cannot be resolved," Lavallee told Northfield officials.

"So, we are essentially in a position of having to wait to see what that review gives us," she noted in speaking with the Recorder newspaper.

Wagner said the Northfield Selectboard, which appointed the advisory committee to offer support and advice for the project, will discuss the letter at its next meeting.

Barbara Richardson, who sits on the board of directors for the Friends of Schell Bridge, a nonprofit organization advocating for the structure's rehabilitation and reopening, said MassDOT's Lavallee seems confused about where the construction money would come from. Richardson said 80 percent of the project would be paid for with federal dollars.

MassDOT's recent letter to Northfield also said that the agency understood and sympathized with the bridge project's status, and Llamas' requirement to report back to the Selectboard. In addition, it explained that the department recognized Northfield's hard work to make the project a reality.

Those efforts included the town's attempts, dating to the 1990s, to preserve the now-barricaded bridge, and the work within the past decade to identify a suitable replacement design once it became clear the existing bridge was past its useful life, according to the Northfield news source.

"We at MassDOT still see a value in having a cycle/pedestrian crossing of the Connecticut River here, given that it would create connections among the Franklin County Bikeway, Connecticut River Scenic Byway and Bay State Greenway bicycle trail, which are not currently otherwise available in the region," the letter read.

The Northfield Selectboard voted last June to recommend a color and railing design for a reconstructed Schell Bridge, as well as language for an informational sign and a new bridge name — the Pauchaug-Schell Bridge Greenway.

The Schell Bridge is a 515-ft.-long, steel cantilever Pennsylvania truss bridge spanning the river, just south of the Vermont border. It was commissioned by Francis R. Schell, a wealthy New York businessman who gave $42,000 for its design and construction. The bridge building work began in 1901 and took two years to complete.