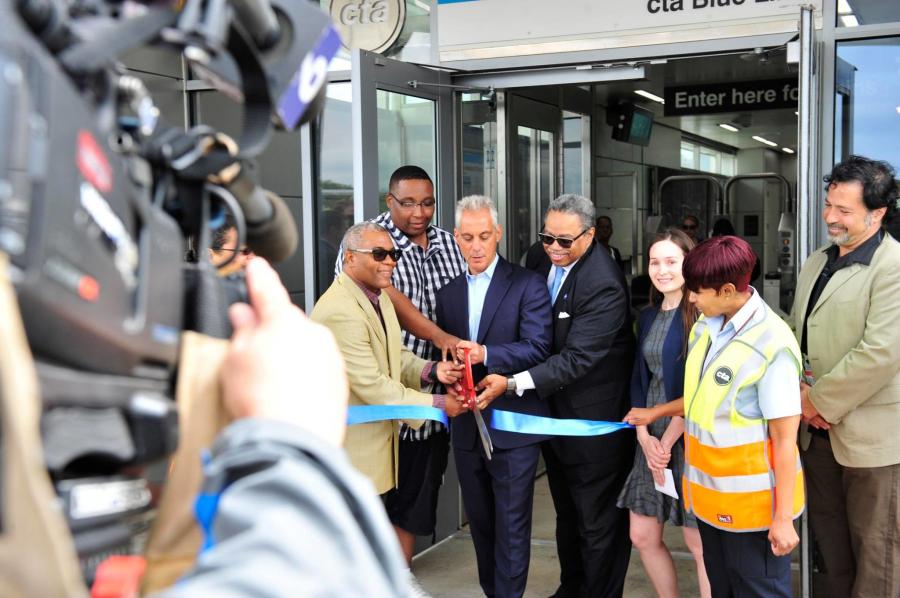 Mayor Rahm Emanuel and CTA President Dorval R. Carter Jr. opened the new Illinois Medical District (IMD) Blue Line station on Aug. 21 following a $23 million renovation and modernization project. The two-year project delivered improvements to the stationhouse and its concourse, along with upgrades to the station-to-platform ramp, meaning this vital transit center now offers increased accessibility and a better customer experience for area residents and visitors to one of the nation's largest medical districts.

“This new station will deliver a modern and accessible CTA experience to the thousands of patients, medical personnel and students that travel to the Illinois Medical District and Near-West Side every day,” Emanuel said. “By investing in a 21st Century, world-class transit system we are building a stronger future for all of Chicago, its neighborhoods and its residents.” 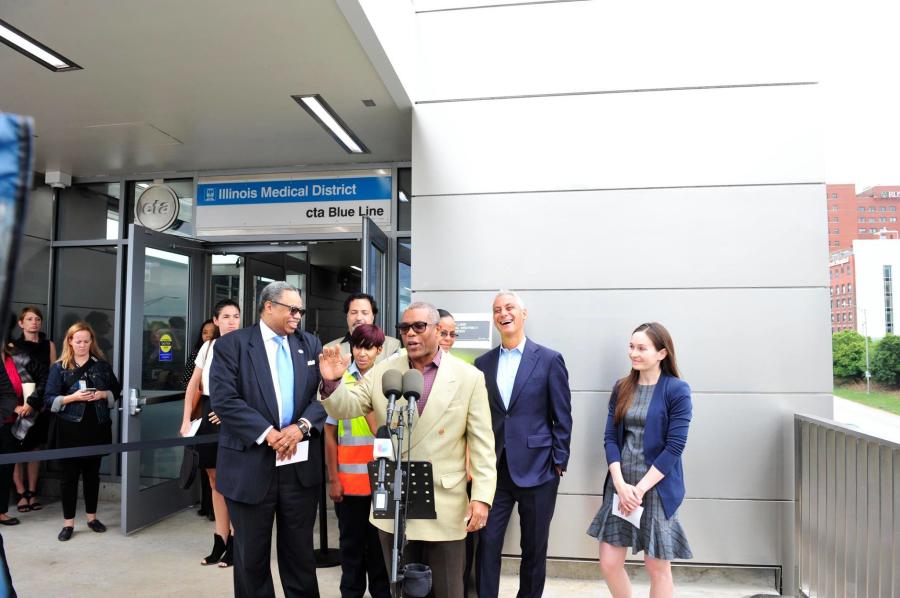 “Under Mayor Emanuel, the improvements like those made at our IMD station — including safer, cleaner and more modern facilities — will better link thousands of riders to work, school and leisure,” Carter said. “CTA remains committed to providing our customers with a world-class transit system, which is why we continue to improve accessibility systemwide for our customers and strengthen the vital transit connections to this busy medical district.”

This project was the largest renovation to the busy rail station since it opened more than 50 years ago. The IMD Station is the third-busiest station on the Blue Line Forest Park branch with three-quarters of a million entries last year. It provides key connections to four major hospital systems — the University of Illinois Hospital & Health Sciences System, the John H. Stroger Jr. Hospital of Cook County, Rush University Medical Center and the Jesse Brown VA Medical Center. The station also serves Malcolm X College and the United Center.

With the exception of the Damen entrance, which was renovated in 1998, the station has received only minor patchwork repairs since it first opened in 1958, when Dwight Eisenhower was President.

The IMD work will join several other ongoing neighborhood station projects: Reconstruction of the 95th Street Terminal on the Red Line; the rehabilitation of the Addison, Irving Park, Montrose, Jefferson Park, Harlem and Cumberland stations on the Blue Line as part of Your New Blue; and the renovated, modernized Quincy Station on the Brown Line.

Under Emanuel, the CTA has made unprecedented investments in rebuilding and rehabilitating rail stations, many of which are decades old. Since 2011, more than 40 CTA stations have received major upgrades and rehabilitations — nearly 30 percent of the rail system. Five existing stations have received elevators to make them wheelchair accessible, with two more receiving elevators in the next few years. Four new stations have opened, while the new Damen Green Line Station will be under way soon.