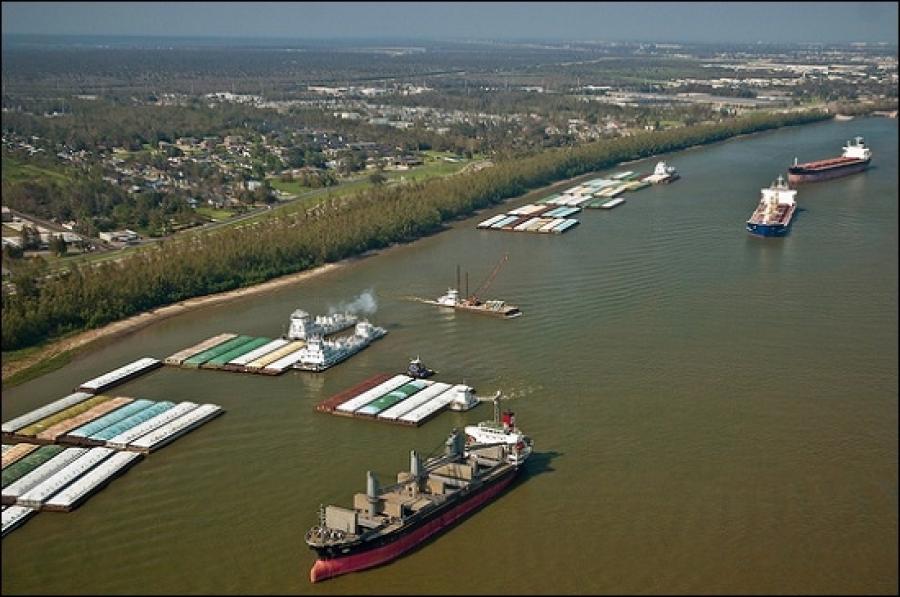 The Maryland Department of Transportation, of which Rahn is the CEO, has responsibility for the Port of Baltimore along with MDOT's responsibilities for highway, transit and airport operations. It is one of a number of state DOTs that provide port services or support their inland and coastal seaports' infrastructure needs.

Rahn, in his May 9 testimony said that "essential dredging projects that keep our shipping channels, our marine highways, safe and open for business" are a high priority for Maryland Gov. Larry Hogan's administration.

However, he said that of 11 major port channel projects — including nine that Congress authorized in 2014 and 2016 bills plus two already in place — "only two received federal funding and a third project was completed by a port and state that simply could not wait for federal funding."

He added: "In the highly competitive world economy, the low level of federal funding to construct navigation channel improvements is holding America back. That is unacceptable."

Rahn said besides relying on new dredging by the Army Corps of Engineers to make sure ship channels meet the 50-ft. depth requirements of new-era containerships, ports also must find or create areas to place dredge material to maintain those channels.

In particular, the 2014 water projects bill authorized work to use dredge material to restore eroded islands in the middle Chesapeake Bay, a project that in turn supports the Port of Baltimore by providing 40 years of dredge material placement capacity.

It still awaits federal funding that would cover 65 percent of project costs, but Rahn said that like others in the 2014 bill "this project faces deauthorization in calendar year 2021 if it does not receive federal funds for construction." He asked the EPW members to support language in the next water resources bill to ensure that project retains its authorization.

Also testifying was James Lyons, director of the Alabama State Port Authority, who said the Port of Mobile in his state "is in need of federal channel modernization to accommodate the increasing vessel size, improve efficiencies and generate cost savings for shippers." He said it is also a port that requires regular maintenance dredging.

Lyons told senators that "under-investment in seaport channels and harbors and under-funding of the Corps' civil works programs result in inefficient channels and poorly maintained harbors — increasing costs for port users, reducing United States' global competitiveness and exacerbating the maintenance dredging backlog, all of which adversely impact the tax base and job market."

He urged Congress to keep updating its water projects authorizing legislation every two years, and said to aid that process "the Corps should submit a comprehensive annual status report on its civil works program implementation. This report would provide line-item insight as to project progression and costs."

And Lyons called for Congress to back up its authorizations with the necessary appropriations to make sure those projects are built without starting and stopping them again for lack of continued funding.

"I urge Congress and the administration to recognize once authorized projects are in the pipeline, it means funding through completion should be in the pipeline to avoid costly delays," he said. "The start-stop mentality is inefficient and adds unnecessary cost burdens to the process."