Minnesota Repairs Bridges Across the State with $2.5B Budget

Once the state's bridge repair program was launched, MnDOT officials sorted through the state trunk highways' bridge roster and meticulously rated many of them in need of work. 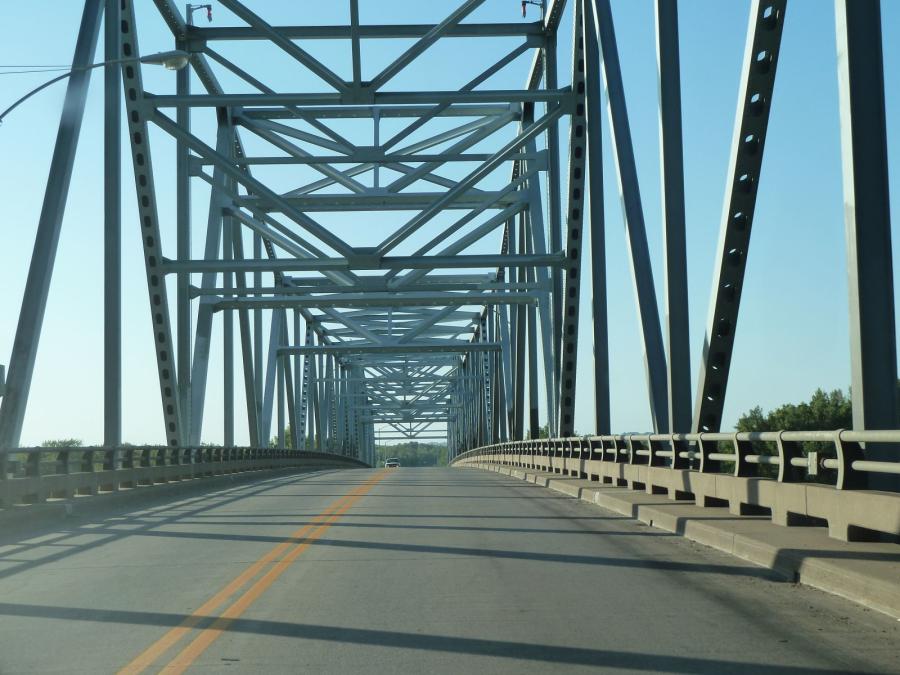 Several new bridges are being built this summer, including the Hwy. 63 Eisenhower Bridge over the Mississippi River in Red Wing, a $63 million project.

Minnesota has repaired or replaced about 120 bridges in the past decade as part of a special funding program authorized after an Interstate 35W span plunged into the Mississippi River, killing 13 people and injuring 145 others.

State leaders set aside $2.5 billion for the program over the past decade, allowing the state to more aggressively tackle a backlog of bridge repairs. It also has left the state with one of the lowest percentage of structurally deficient bridges in the nation.

“The program allowed us to get to a lot of these larger bridges that required a significant amount of investment and make progress on them,” said Nancy Daubenberger, director of the Minnesota Department of Transportation's engineering services division.

The bridge collapse broke an entrenched political stalemate over transportation funding at the Minnesota Capitol. Legislators overrode GOP Gov. Tim Pawlenty's veto and approved a gas tax hike that created a 10-year program that targeted 172 bridges in critical need of repair or replacement. The work was paid for through $1.2 billion in borrowing approved by the Legislature, as well as $1.3 billion in state and federal money. This program came in addition to the state's routine maintenance plan, which paid for repair and replacement of hundreds of additional bridges over the same period.

The aftermath of the bridge collapse continues to loom large over the Capitol, and it thrust Minnesota to the center of a nationwide debate about transportation spending.

Daubenberger, an engineer by trade, kept a single rivet of the fallen bridge's steel as a reminder of that summer day. “It was a very tragic, very sad time, but we have come a long way since then and we've learned a lot,” she said. “It's helped us understand the type of responsibility we have.”

Part of that responsibility involves tending to Minnesota's aging bridges, and several of the state's most iconic spans were chosen for the program.

A new $130 million Lafayette Bridge along Hwy. 52 in St. Paul opened in 2015, and St. Cloud's old DeSoto Bridge, which was closed soon after the I-35W collapse because it had a similar design, was also replaced. Several other new bridges are being built this summer, including the Hwy. 63 Eisenhower Bridge over the Mississippi River in Red Wing, a $63 million project.

As the program's piggy bank is depleted, questions linger over how to maintain the state's deteriorating collection of 13,396 highway bridges.

At the Capitol, there is no wide agreement over how to pay for bridge repair, or whether another increase in the gas tax should be considered. (After the collapse, the tax was increased for the first time in two decades by 8.5 cents.) In recent years, DFL Gov. Mark Dayton has failed to persuade the GOP-controlled Legislature that another gas tax hike is warranted.

“We saw the Legislature take action when it was needed,” said Margaret Donahoe, executive director of the Transportation Alliance, a St. Paul-based advocacy group, referring to the bridge program. “We're in a lot better position now, but we do need to continue to be vigilant.”

President Donald Trump has pledged to spend about $1 trillion on the nation's aging infrastructure, with undefined financial help from the private sector. But how that money, if appropriated, will trickle down to Minnesota bridge projects is not clear.

“We hope there will be substantial increase in federal funding, which would go a long way to shore up existing infrastructure,” said Joung Lee, policy director for the American Association of State Highway and Transportation Officials. “But we're waiting to see what Congress and administration will do.”

Once the state's bridge repair program was launched, MnDOT officials sorted through the state trunk highways' bridge roster and meticulously rated many of them in need of work. They considered each structure's age, amount of daily traffic, its length and structural details, among other factors.

MnDOT included bridges designated by federal guidelines as “structurally deficient” — which means there's significant deterioration of its deck, supports or other major components that need oversight — or “fracture critical,” a type of design that implies the structure could collapse if a key component fails.

Both designations held true for the I-35W bridge, but MnDOT officials say these labels do not necessarily mean a bridge is unsafe.

In total, the program has helped to build 100 new bridges and rehabilitate 19 others as of the start of this year, according to a Star Tribune analysis of MnDOT data. The highway department spent at least $1.7 billion replacing or repairing hundreds of other bridges as well. (MnDOT was not able to provide the Star Tribune with complete data.)

Much of the money in the program has been used for 40 bridges identified as the most in need of work or replacement. Three of those high-priority bridges are among 18 that are expected to be repaired or replaced by the end of next year.

Not all of the 172 bridges identified by the program will be repaired or replaced, though. There are 32 bridges that require only routine maintenance, one bridge was closed to traffic, and two others won't be funded by the program because they are privately owned.

All of the work has resulted in a significant drop in the share of state highway bridges that are identified as structurally deficient. About 3 percent hold the designation now — down from 8 percent in 2006, according to a Star Tribune analysis of the most recent MnDOT inspection data. Most of them are short bridges that don't carry a lot of traffic.

That compares with a national average of about 9 percent, also down since 2006. Minnesota has one of the lowest rates of structurally deficient bridges in the nation.

The analysis also found that the number of fracture critical bridges in Minnesota declined to 91, compared with 220 in 2006.

Too heavy a load?

An investigation by the National Transportation Safety Board (NTSB) blamed the collapse of the I-35W bridge on a cascade of errors. The 40-year-old bridge's gusset plates, sheets of steel that hold together the bridge's steel beams, were too thin. So the structure could not withstand increasing traffic loads and additional weight, including construction equipment and materials that were piled atop the bridge for a resurfacing project.

“The failure had nothing to do with the fact that it was fracture critical, that it was steel, or was a certain age,” said Robert Connor, a professor of civil engineering at Purdue University who was involved in the I-35W investigation. “It would have collapsed the day they opened it had that load been on it.”

Connor said the wrenching conversation about the nation's aging infrastructure following the bridge collapse was a “red herring. Whenever something goes wrong, it's easy to say we need money.”

Sen. Scott Dibble, DFL-Minneapolis, doesn't buy the NTSB's analysis of the bridge failure and claims it was politically tainted by Republicans. “To say the collapse was preordained is absurd,” said Dibble, the former head of the Senate Transportation Committee. Another report, commissioned by lawmakers at the time, noted that MnDOT officials had struggled for years with insufficient money for repairs, had a confusing chain of command, and missed opportunities to detect potentially serious problems with the bridge.

At the Legislature, “no one really thought much about bridge repairs, but after the collapse, that's all everyone thought about,” said Sen. Jim Abeler, R-Anoka, who was one of six Republican legislators who supported increasing the gas tax.

Even now, Abeler says, “transportation funding is a problem that defies a resolution.”