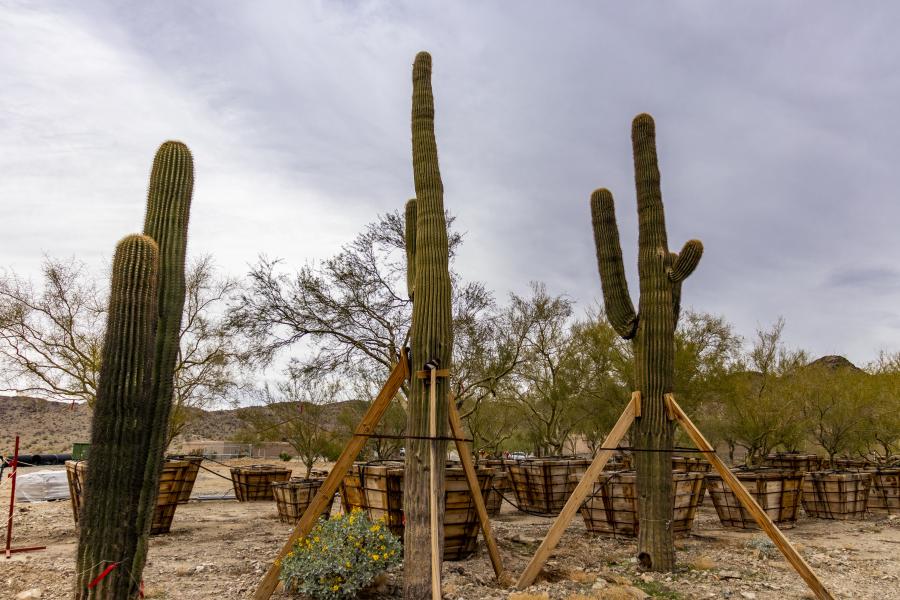 These native plants were kept in several locations for the past three years after being removed from the path of the Loop 202 South Mountain Freeway.

After spending time in temporary nurseries, more than 1,000 saguaro cactuses, palo verde trees and other native plants removed from the path of the Loop 202 South Mountain Freeway are now being used to grace the 22-mile corridor.

Other plants salvaged and being replanted for the Arizona Department of Transportation's largest-ever highway project include ironwood and mesquite trees, as well as ocotillo and barrel cactuses.

These native plants were kept in several locations for the past three years, with the largest irrigated nursery near 27th Avenue and Cedarwood Lane in the Ahwatukee Foothills. Replanting began in late November, including the area west of Desert Foothills Parkway.

ADOT has been salvaging and replanting native species since the 1980s, beginning with a project widening of State Route 87. More recent efforts include work on Loop 303 in the West Valley and the Loop 101 Pima Freeway in Scottsdale.

"We take great pride in maintaining the highway scenery by preserving plants that are part of Arizona's history," Brady said. "It also helps promote sustainable practices and contributes to the long-term viability of the desert ecosystem."