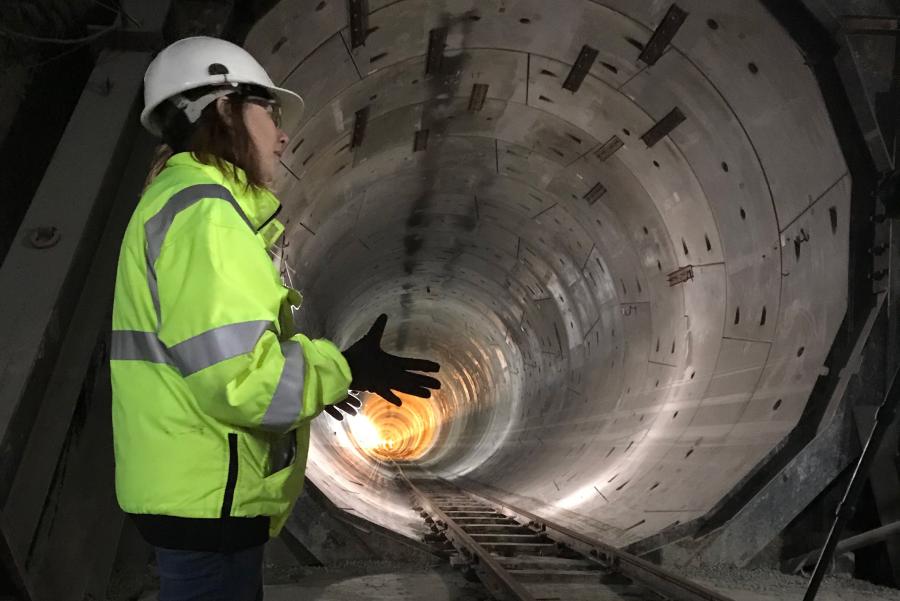 The Northeast Ohio Regional Sewer District (NEORSD) Board is marking this particular 10-year anniversary with concrete, greenery and now, pen to paper.

On Dec. 3, the board approved a joint agreement with state and federal agencies to amend its Project Clean Lake pollution-control program in this its 10th year, a modification that will enhance plant operations, improve water quality and save customers money in the long run.

The Board of Trustees approved the agreement with the U.S. Environmental Protection Agency, Department of Justice and the state of Ohio to modify the District's $3 billion combined sewer overflow consent decree known as Project Clean Lake, an agreement that was approved in 2010 and formally signed in 2011.

Project Clean Lake is a 25-year endeavor of gray and green projects designed to reduce the amount of combined sewage discharging into local waterways during heavy rain events by billions of gallons.

"In addition to protecting public health and the environment, the Sewer District is focused on cost savings for its customers," said Kyle Dreyfuss-Wells, Sewer District CEO. "When we began the negotiation process in 2018, it was clear that we could eliminate unnecessary expenditures while maintaining and, in some cases, improving water quality with these modifications."

The following consent decree modifications run the gamut, but all point to better performance and smarter spending built on the last decade of Project Clean Lake experience:

Flexibility during the design process — The original language in the 2010 consent decree included precisely how the Sewer District was required to construct projects throughout the 25-year construction schedule — detailed even to the point of specifying technology and techniques that have advanced with better information since then.

Under this modified agreement, the Sewer District will be able to construct various projects using the latest technology and data. The benefits are real:

Eliminate unnecessary construction at Westerly plant — Under the original 2010 consent decree, the Sewer District was required to build additional infrastructure at Westerly, but it became clear there was no environmental benefit. Under the modification, the requirement to build this new infrastructure was eliminated. That makes a difference:

"When the Sewer District submitted the request for this modification in 2018, it was done with the customer in mind. Without the benefit of federal funding, the Sewer District is constantly looking for these types of opportunities," said Sewer District Board of Trustees President Darnell Brown. "This is a win for everyone, and we are appreciative of the U.S. EPA, DOJ and state of Ohio's work to help us reach this agreement."

The consent decree, a legal agreement between the U.S. EPA, DOJ, state of Ohio and the Sewer District outlining the plan to reduce combined sewer overflows, was initially approved by the Sewer District Board of Trustees in December 2010 and became official in July 2011.

It includes a total of 77 planned projects (32 of which are completed; 31 are either in design or construction). This includes the seven large-scale tunnels: Euclid Creek (now operational), Dugway Storage (also operational), Doan Valley (online in 2021), Westerly (online in 2023), Shoreline (breaks ground in 2021), Southerly (design begins in 2021) and Big Creek (design begins in 2027).

To date, the work completed under the consent decree has led to elimination of about 1 billion gal. of overflow from discharging into the environment each year.

By 2023, an additional 515 million gal. will be added to that reduction total.