New Bridge for Washington's SR 169 to Open During Summer '22 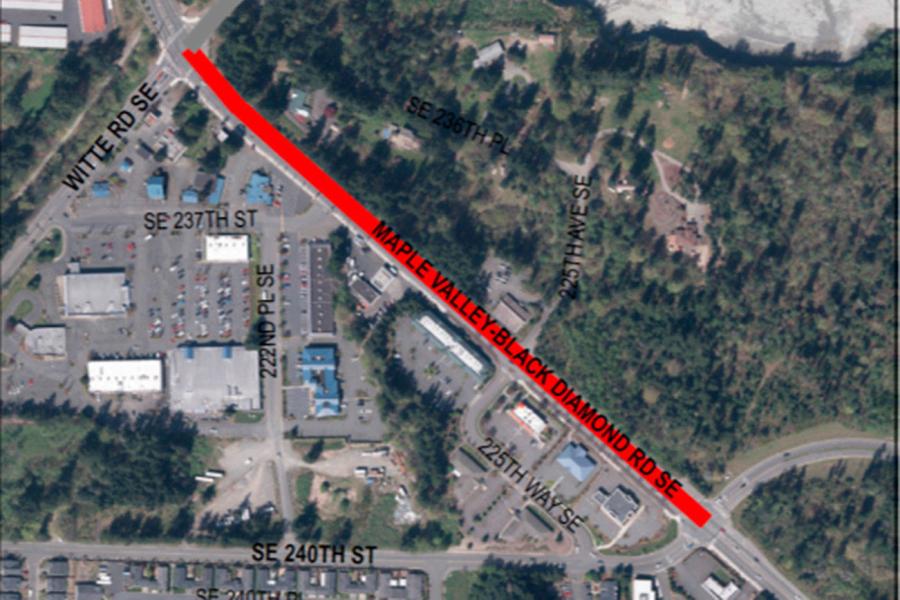 On Aug. 19, crews working for WSDOT began clearing the old roadway to create a temporary bypass for southbound SR 169 traffic.

Nature has mostly reclaimed the old State Route 169 in the Black Diamond Natural Area of Maple Valley. The south end of the roadway's old pavement is obvious, but it quickly fades as moss, grass and even trees have sprouted where cars once drove.

A Washington State Department of Transportation project to improve fish passage in Ravensdale Creek will temporarily repossess this roadway before permanently giving it back to nature when a new bridge for SR 169 opens in summer 2022.

On Aug. 19, contractor crews working for WSDOT began clearing the old roadway to create a temporary bypass for southbound SR 169 traffic. When southbound traffic begins using the bypass in late September, workers will build the southbound lane of a new bridge over Ravensdale Creek. When that portion of the bridge is finished, northbound traffic will shift onto it and the northbound section will be built.

People who use the park and trails will be the first to notice the work as crews begin to clear the old roadway. Beginning in September, expect approximately 1,000 ft. of two trails to close west of SR 169. Approximately 500 ft. of trail that follows the old roadway to close permanently, requiring people to use nearby trails; the remainder will reopen in winter 2022.

While the main part of this project is building a new bridge for the 12,000 vehicles a day that use SR 169, improvements are coming to two other old culverts in the Natural Area. The culvert under the temporary bypass will be removed and the one under the old railroad right of way will be replaced with a bridge for trail users. These areas will be restored with native vegetation.

The three existing culverts on Ravensdale Creek are narrow, which makes water travel too quickly for Chinook, coho, steelhead and other fish headed upstream. Removing one culvert and replacing the others with bridges will allow for a natural stream bed that will open an additional 2.4 mi. of habitat for migratory and resident fish.

The majority of the funding for this $11.4 million project comes from the Connecting Washington funding package approved by the state Legislature in 2015.