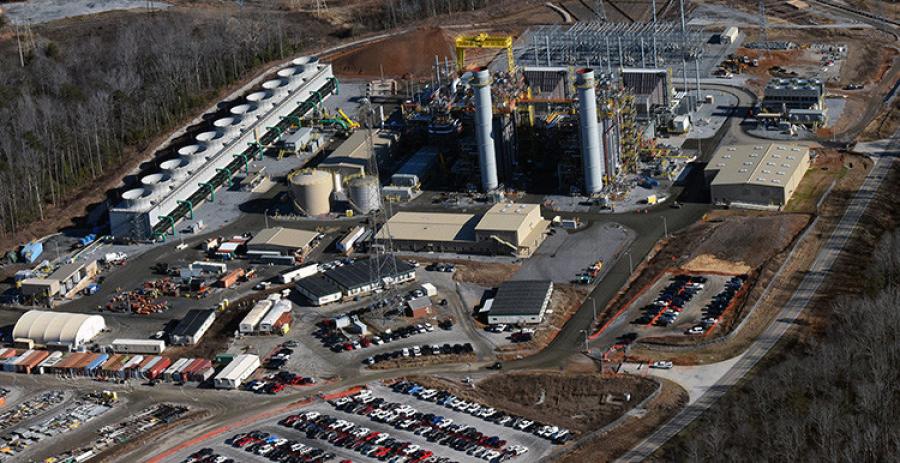 The W.S. Lee project has benefited more than 150 companies locally, in South Carolina, across the U.S. and around the world.

Construction of the $700 million plant started in March 2015.

Customers rely on energy today more than ever, and that demand will continue to increase during the next 15 years. Building highly efficient natural gas plants is part of Duke Energy's approach to modernizing the fleet, maintaining a diverse fuel portfolio, managing costs and providing reliable and increasingly clean energy to power the lives of customers now and in the future.

"Investing in a smarter, more efficient energy future through projects like the new W.S. Lee plant is more than just good business – it's an investment in our state that helps attract jobs and industry and make our economy and communities stronger," said Kodwo Ghartey-Tagoe, Duke Energy state president for South Carolina. "This project represents a long-term commitment to South Carolina – a $700 million investment in the station, environment and surrounding communities."

Duke Energy closed two coal-fired units at the W.S. Lee Station in 2014 and converted a third coal unit to natural gas in 2015.

The company no longer operates any plants in South Carolina that use coal as fuel.

The W.S. Lee project has benefited more than 150 companies locally, in South Carolina, across the U.S. and around the world.

During the height of construction, the project created more than 600 temporary construction jobs and provided about $12 million in work to local subcontractors.

In all, crews poured about 23,000 cu. yds. of concrete – enough to fill eight Olympic-size swimming pools – placed 436 miles of cable and wire and installed 29 miles of underground pipe and conduit.

Since 1951, Duke Energy's W.S. Lee Station has helped power the economic growth in Anderson County and the surrounding communities of Belton, Williamston, Pelzer and West Pelzer.

That local commitment to the region continues through community involvement by the site's 45 employees, who take pride in giving back to the towns and neighborhoods where they live.

Since 2016, the company and its employees have contributed $425,724 to local communities near the station through Duke Energy Foundation grants and event sponsorships. Duke Energy employees have also volunteered 1,705 hours serving local nonprofit organizations.

The new combined-cycle unit is also expected to generate about $4.4 million in tax revenue in 2019 for Anderson County.

Fluor Corp., another company with deep roots in the Upstate, was the combined-cycle natural gas plant's engineering, procurement and construction contractor.

The unit receives natural gas through a new dedicated pipeline that branches off the transcontinental mainline. Crews installed the new 1-mile pipeline and associated metering and compression equipment on existing Duke Energy Carolinas and Piedmont Natural Gas rights of way.

Headquartered in Charlotte, N.C., Duke Energy is one of the largest energy holding companies in the United States. Its Electric Utilities and Infrastructure business unit serves approximately 7.5 million customers located in six states in the Southeast and Midwest. The company's Gas Utilities and Infrastructure business unit distributes natural gas to approximately 1.6 million customers in the Carolinas, Ohio, Kentucky and Tennessee. Its Commercial Renewables business unit operates a growing renewable energy portfolio across the United States.

Duke Energy is a Fortune 125 company traded on the New York Stock Exchange under the symbol DUK. More information about the company is available at duke-energy.com.