Contracted crews will work to repair systems and components within the tunnel that were damaged during Hurricane Sandy in 2012, as well as replace other parts that have reached the end of their useful lives.

The TC Electric LLC/J-Track LLC Joint Venture was awarded the $90 million contract, according to the MTA.

Preparatory work is expected to begin in August, with the major work set to get under way in mid-September.

To reduce service impacts, the MTA is coordinating the work so as not to affect signal replacements in the Cranberry Tube subway tunnel between Brooklyn and Manhattan.

The upgrade of the Rutgers Tube will improve the connection of the F train between the Lower East Side in Manhattan to Brooklyn's trendy DUMBO neighborhood.

The Rutgers Tube is one of nine East River subway crossings damaged by Sandy in 2012, and the last one to be repaired.

Transit officials said the tunnel will be fixed by the end of next March — an aggressive timeline made possible by a strategy ironed out during the earlier L train project.

The original plan to replace the L train tunnel's bench walls would have required service to close on the line between Manhattan and Brooklyn for at least 15 months. The cable-racking idea, announced by Gov. Cuomo in January 2019, four months before construction was set to begin, required a service shutdown on nights and weekends for 12 months.

Most of the F train work also will be performed on nights and weekends, said MTA chief development officer John "Janno" Lieber.

Lieber said the bench walls in the F train tunnel are not damaged as badly as those in the L train tunnel, which will make the work easier.

Crews installed shells made of fiber-reinforced polymer, or FRP, in damaged sections of the L train tunnel to keep the structure safe in case passengers are required to use it as an emergency walkway. Lieber said concrete adhesive patches will be used to shore up the F train's bench walls.

"All we have to do are spot repairs," he explained. "We don't even need to install FRP in places. It's an even simpler version of what you saw in [the L train tunnel]."

The rehabilitation of the East Broadway stop on the F line is scheduled to be finished by next Feb. 16.

The speedy timeline will allow the MTA to get to work on upgrading the outdated signal system that directs A, C and E trains beneath Eighth Avenue in Manhattan in 2021. Transit officials will need the F train tunnel to redirect A and C trains in lower Manhattan and Brooklyn in order to close tracks for the upgrades.

"The L project demonstrated that the MTA could deliver major projects much faster and at less cost," said Lieber. "We hope we're starting to make believers out of some people." 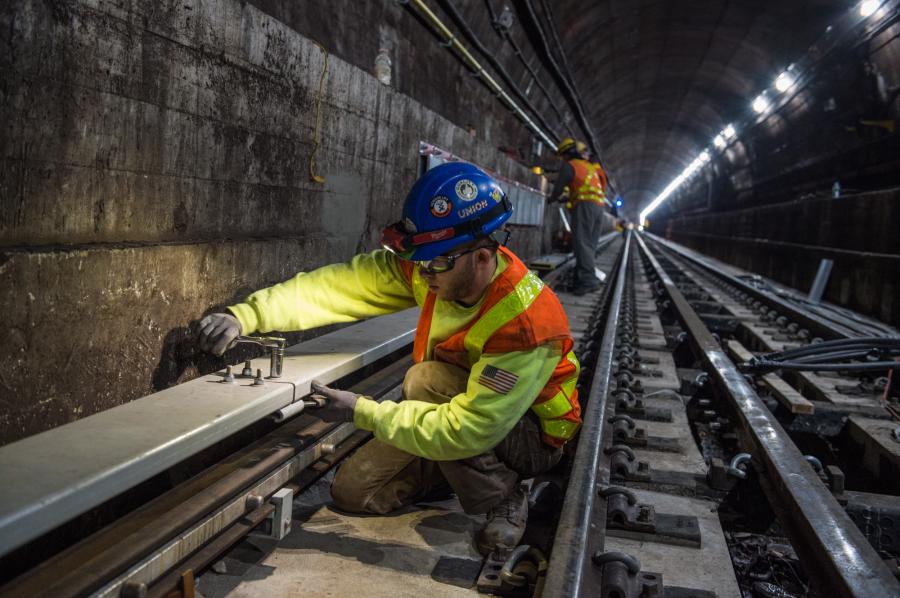 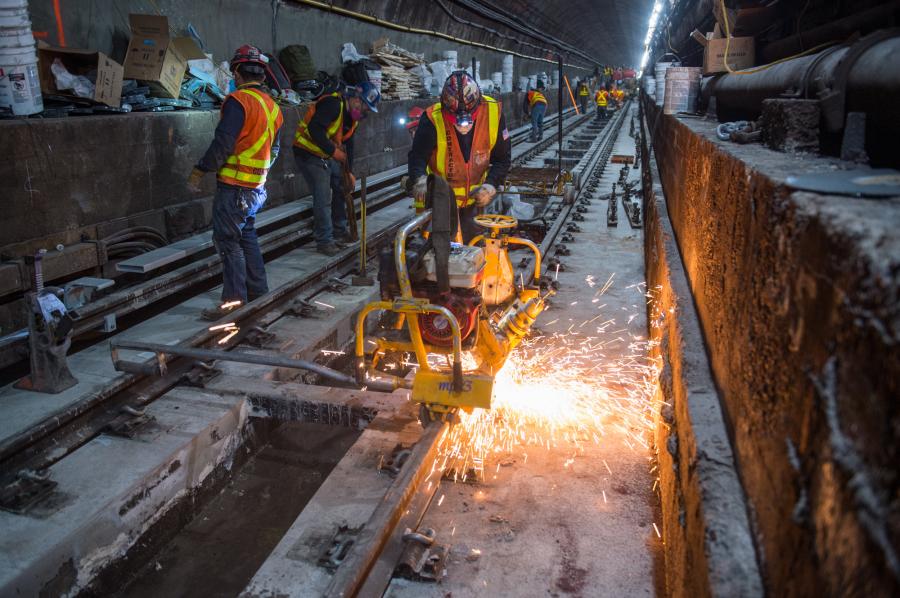