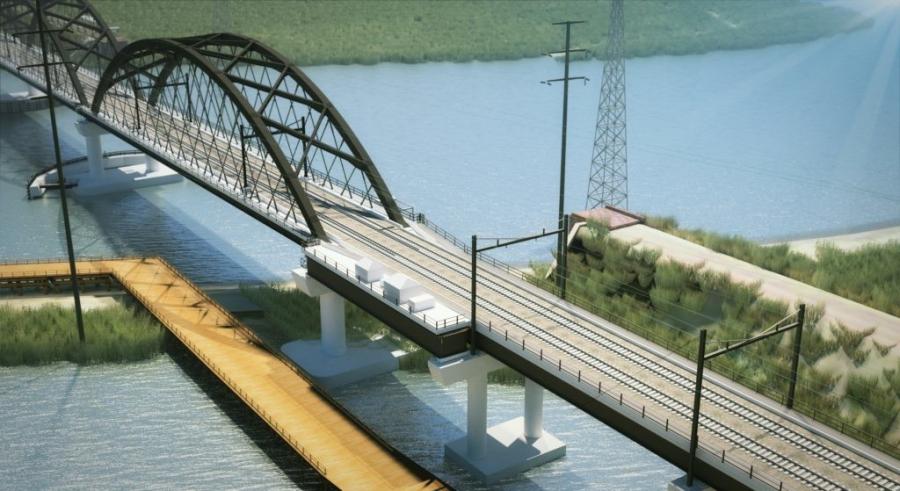 The NJ TRANSIT Board of Directors approved a financing agreement with the New Jersey Economic Development Authority (EDA) which provides up to $600 million toward the construction of a new Portal Bridge. The commitment solidifies New Jersey's local share of the project cost.

“We're not going to kick the can down the road any longer,” said Diane Gutierrez-Scaccetti, Department of Transportation commissioner and NJ TRANSIT Board chair. “The time is long overdue for a new Portal Bridge, which is the foundation of many commuter frustrations. The taxpayers of New Jersey deserve a transportation system which will drive the economy and reliably get them to jobs, schools, and recreation.”

“This funding is proof that Governor Murphy, NJ TRANSIT and the State of New Jersey are firmly committed to advancing this vital transportation infrastructure project,” said Kevin Corbett, NJ TRANSIT executive director. “A better tomorrow for NJ TRANSIT starts today. Our customers have suffered far too long from the outdated, unreliable Portal Bridge. A new bridge can't wait any longer.”

The resolution approved by the NJ TRANSIT Board of Directors authorizes the executive director in consultation with the Board chair to execute and deliver the funding agreement with the NJEDA. The EDA will issue up to $600 million in bonds which will be paid back over a 30-year term from the state Transportation Trust Fund (TTF). This same funding structure was utilized in 1999 for the construction of the River LINE light rail system.

The existing Portal Bridge, built in 1910, is a two-track, railroad swing-type drawbridge that spans the Hackensack River in New Jersey. The project will replace the existing two-track Portal Bridge with a new two-track fixed structure that will be approximately 2.33 mi. long and will have a clearance that accommodates current and forecasted maritime traffic, which will eliminate the need for a moveable span that interrupts rail operations and results in delays due to mechanical failures. When built, the new Portal North Bridge will allow for a 10 percent increase in peak hour passenger capacity.

On July 14, 2016, NJ TRANSIT entered into the Project Development phase of the FTA's Capital Investment Grant (CIG) program. The preliminary design phase for construction of the new Portal North Bridge is complete and a record of decision was received from the FTA in July 2017. Early work construction, including utility relocation and right of way acquisition is under way. NJ TRANSIT is the project sponsor for the new Portal North Bridge project.

In September 2017, NJ TRANSIT applied for CIG funding that, if approved by the FTA and received by NJ TRANSIT, would cover a share of all project costs. The board actions by NJ TRANSIT and NJEDA will support the application for CIG funds to move forward with an improved rating.