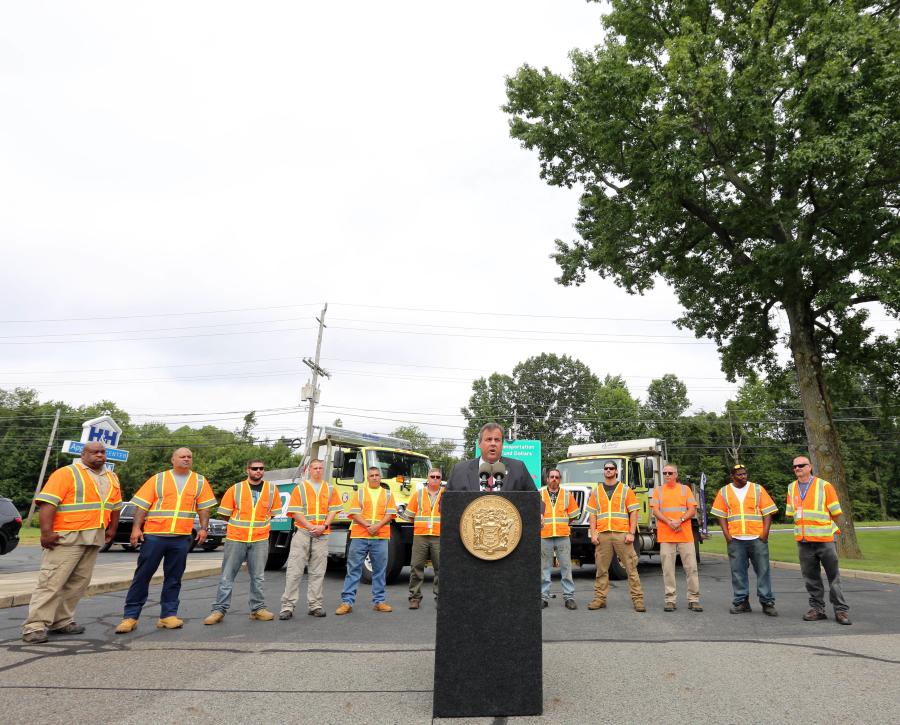 Editor's Note: The following is a transcript of Gov. Christie's remarks on July 27, 2017:

Governor Christie: “We're in the midst of the first full year of the eight-year Transportation Trust Fund program that's been increased now to $2 billion a year in state funds, $4 billion overall with federal funds, and residents are starting to see for themselves the work that is occurring throughout the state to enhance and improve our roads, our bridges and our mass transit operations.

Last October, when we signed the TTF plan, we promised the residents of New Jersey they would see their tax dollars at work immediately, that's why we did the supplemental spending bill that we did in the spring so that work could get going immediately as soon as the weather got good and our DOT has done a great job in implementing that and now the full plan which began this year on July 1st.

In terms of those investments, DOT has achieved an important milestone by rewarding more than $1.2 billion in work contracts in fiscal year '17. So those were actual contracts awarded in fiscal '17. This is a record for the largest investment in our transportation projects in a single year, surpassing the record we set in fiscal year '13, four years earlier, of $1.1 billion and it was achieved despite the 100-day work stoppage while the TTF renewal was being negotiated.

A total of 165 projects were awarded in fiscal year '17, 60 capital projects for about $873 million; 102 maintenance and operation projects for another $335 million; and three transportation systems management projects for about $12 million. Greater TTF funding for county and municipal roadwork under our plan serves as direct property tax relief for homeowners and business owners. State bridge repair and maintenance will see an investment of $557 million while resurfacing and pavement preservation projects will receive another $375 million.

These improvements are going to enhance ride quality for the people who ride and we're looking at about 30,000 motorists who travel this stretch each and every day.”