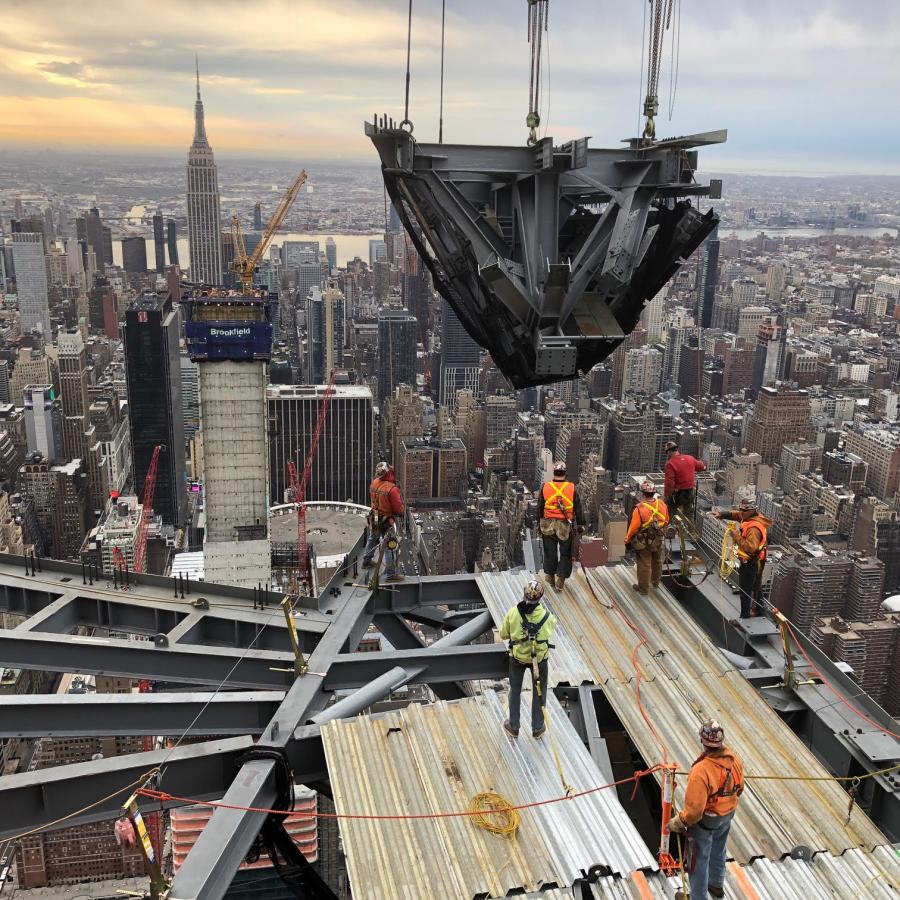 New York City and state have initiated major investments of their own to coincide with the Hudson Yards development, including mass transit, new parks and cultural and recreational facilities. (Hudson Yards New York photo)

More than a decade ago, plans were under way for the 28-acre live-work-play development in New York City's West Side. In 2012, the Related Companies/Oxford Properties Group joint venture broke ground on the single largest piece of undeveloped property in Manhattan. The first building to be constructed was 10 Hudson Yards — a 1.7 million-sq.-ft., 47-story tower at the northeast corner of 10th Avenue and 30th Street. The LEED Platinum tower, designed by Kohn Pedersen Fox Associates, opened in 2016 and is home to Coach Inc.'s world headquarters.

Scheduled to open later this year is the 1.3-million-sq.-ft. office building at 55 Hudson Yards. It is situated at the intersection of Hudson Yards, the High Line and Hudson Park & Boulevard. A unique feature of this tower is the outdoor terrace overlooking the park on the building's tenth floor. The design also provides future tenants the opportunity to carve private, double-height terraces into the tower in flexible locations.

In March, Hudson Yards announced a partnership with Mount Sinai Health System, and the creation of an 18,000-sq.-ft., state-of-the-art health center on the second floor of 55 Hudson Yards. The center will provide comprehensive, convenient and exclusive care to all Hudson Yards employees, residents and their families with operations scheduled to begin in early 2019.

“Providing excellent, convenient health care services has always been a priority in the planning of Hudson Yards,” said L. Jay Cross, Related Hudson Yards president. “Great neighborhoods have great healthcare providers, and by working with Mount Sinai Health System, the residential and corporate residents at Hudson Yards will have access to a seamless, integrated healthcare system that is focused on catering to their needs and schedules. Both Mount Sinai and Related share a customer-first focus and we are thrilled to create a new paradigm in healthcare here at Hudson Yards.” 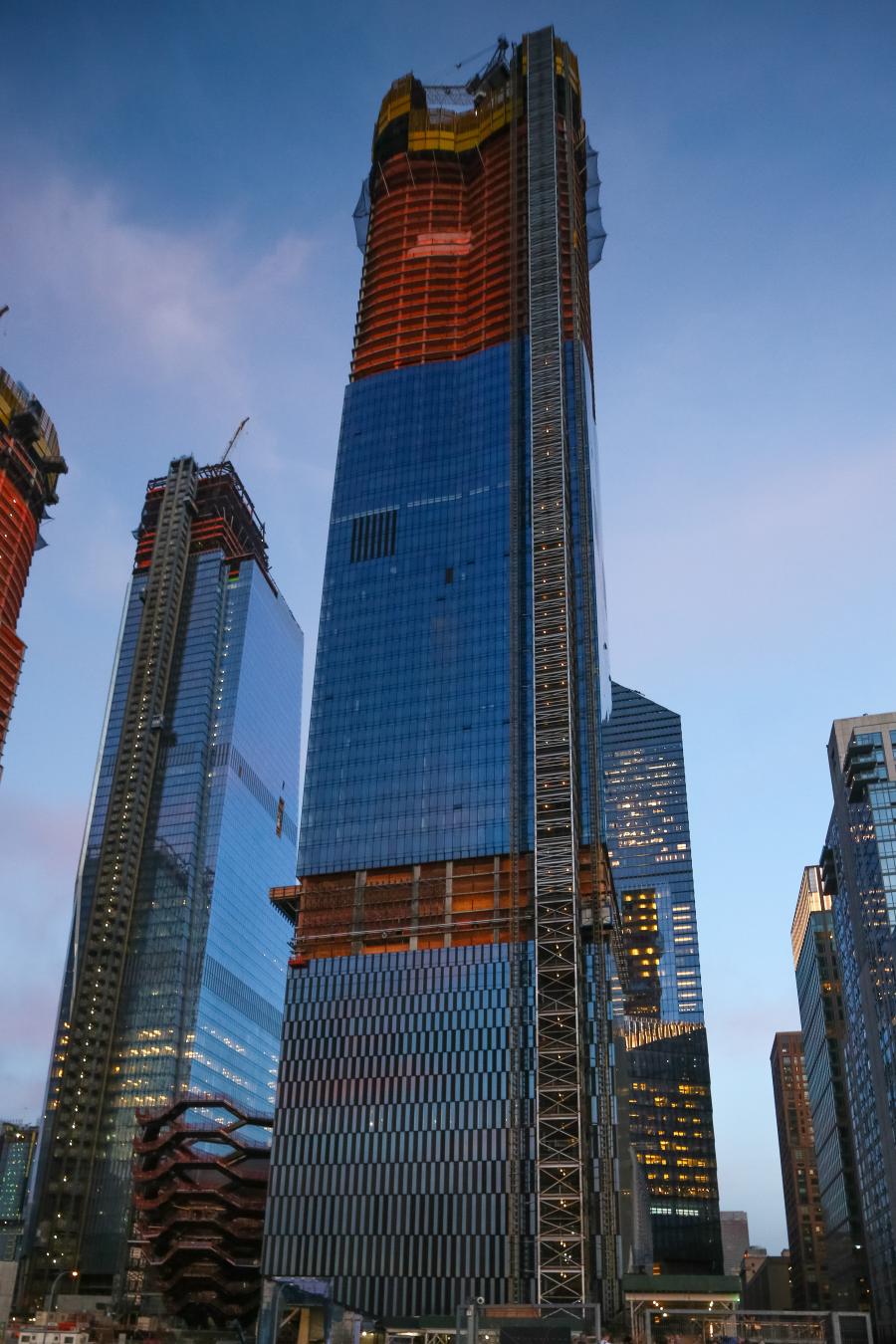 The first residential building in the development will open spring 2019. Fifteen Hudson Yards, the 960,000-sq.-ft. LEED Gold-designed residential building, stands more than 900 ft. tall and offers 391 for-sale and rental residences. As of February, sales of the 285 condominiums had reached 50 percent. Designed by Diller Scofidio + Renfro and Rockwell Group, it is located adjacent to the High Line and The Shed, New York's first arts center to commission new work across the performing arts, visual arts, and popular culture. 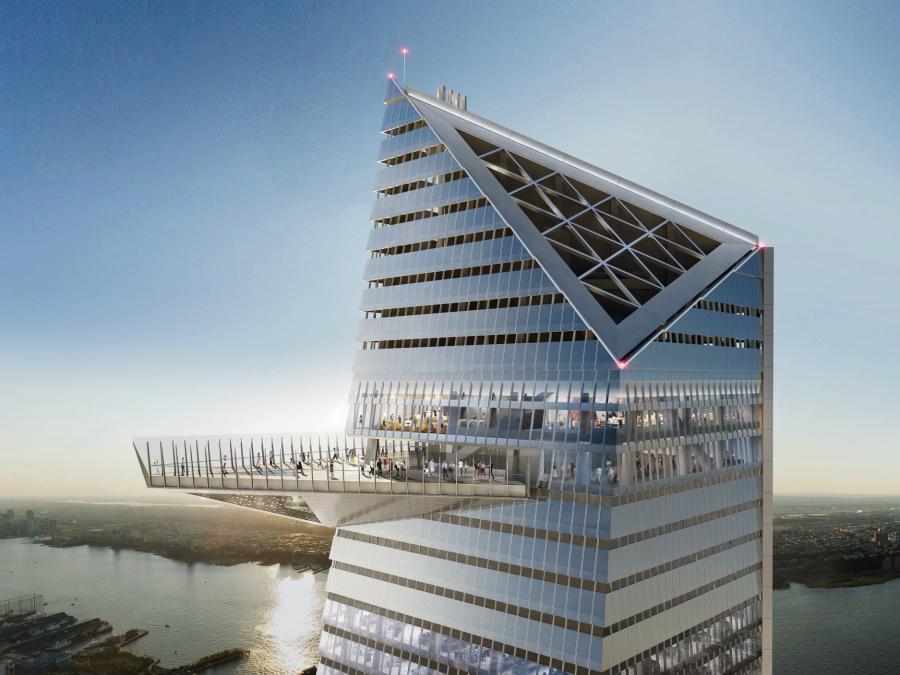 Also making its debut in 2019 is 30 Hudson Yards — a 2.6-million-sq.-ft. office building taller than the Empire State Building and home to the highest outdoor observation deck in the city; 35 Hudson Yards, a mixed-use building featuring for-sale residences, a luxury hotel, a fitness club and spa, office space and ground floor retail space; 100-plus shops and restaurants including New York City's first Neiman Marcus; and the Public Square and Gardens — five acres of gardens and public plazas on its Eastern Yard.

At the center of the Public Square sits the Vessel, a one-of-a-kind landmark meant to be entered and explored. Designed by Thomas Heatherwick and Heatherwick Studio, Vessel is comprised of 154 intricately interconnecting flights of stairs — almost 2,500 individual steps — and 80 landings. The Vessel topped out in December 2017 after eight months of construction. The last structural piece was installed and the Vessel has now reached its full height of 150 ft.

The city and state have initiated major investments of their own to coincide with the Hudson Yards development, including mass transit, new parks and cultural and recreational facilities. These public investments have already catalyzed rapid development in the surrounding area and their impact is expected to be especially beneficial for Hudson Yards, situated at the epicenter.

First up is the No. 7 Subway Extension at $2.4 billion. A central part of the Hudson Yards rezoning and development program extended the No. 7 Subway west and south from its old terminus at Times Square adding a new station at West 34th Street and 11th Avenue.

The renovation of Moynihan Station and construction of a new train station at what is now known as the Farley Post Office will extend Penn Station west to 9th Avenue. The goal of the $267 million project is to alleviate pedestrian congestion at Penn Station by allowing passengers to access Amtrak, New Jersey Transit and Long Island Railroad trains across from the existing MSG/Penn Station complex.

The Javits Center has recently completed a $465 million renovation into a state-of-the-art complex that will attract more visitors to New York City and further reinvigorate the west side of Manhattan. Improvements to the main building include a new green roof, curtain wall, skylights and the enlargement of the main entrances and upgrades to the building's systems.

The High Line, which broke ground in 2012 along with the first Hudson Yards building, now wraps around Hudson Yards, extending the park to the northern terminus of 12th Avenue and West 34th Street. Public investment for the High Line extension was $190 million. Hudson River Park also received funding to complete the five-mile recreation area that began construction decades ago.

The $30 million Hudson Park & Boulevard project incorporates four acres of broad tree-lined parks and open space that will extend from West 33rd to West 39th Street and eventually all the way to West 42nd Street. The first phase was completed in 2015. The new No. 7 Subway station has two entrances to the park.

A Look at the Future

The final structure in the Eastern Yard to be built is 50 Hudson Yards. This commercial office tower will offer large floorplates throughout, private sky lobbies, outdoor terraces, views of the Hudson River and executive valet parking in a private porte-cochère. Fifty Hudson Yards will be one of the few buildings on Manhattan's West Side with the ability to accommodate more than 500 people per floor. Global investment management firm, BlackRock, will locate its corporate headquarters there, occupying 850,000 sq. ft. across 15 floors once the building is complete in 2022.

Set to kick off this year is Phase II of development at Hudson Yards — the Western Yard — which will occupy the area from 11th to 12th Avenues between West 30th and West 33rd Streets. Upon completion, the Western Yard will include approximately 6,220,000 sq. ft., incorporating several residential towers, an office complex and a school serving K-8th grade students. Once fully operational, the development will contribute nearly $19 billion annually to New York City's Gross Domestic Product (GDP), accounting for 2.5 percent of the citywide GDP. It will also contribute nearly $500 million annually in City taxes. Companies and buildings at Hudson Yards will bring 55,752 direct jobs to the new West Side neighborhood. 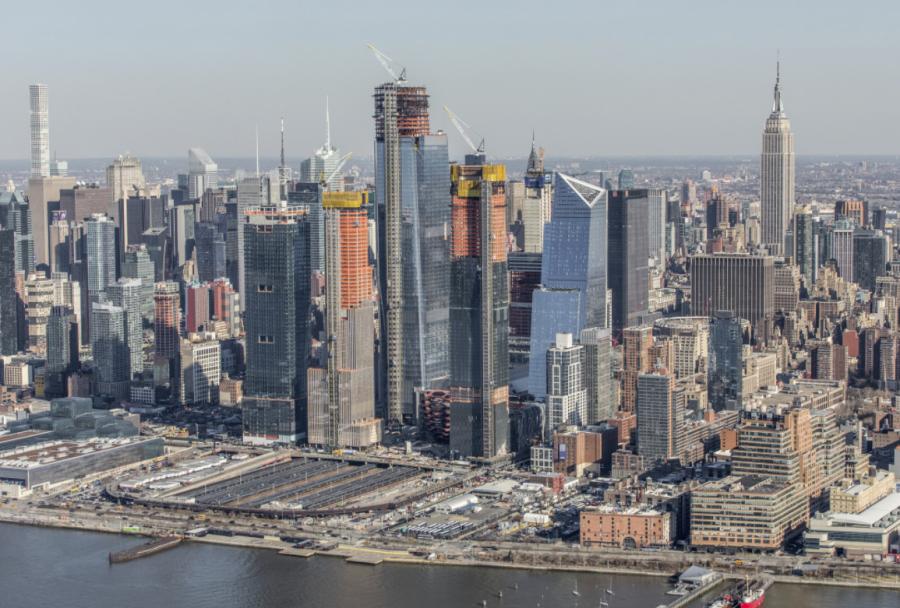