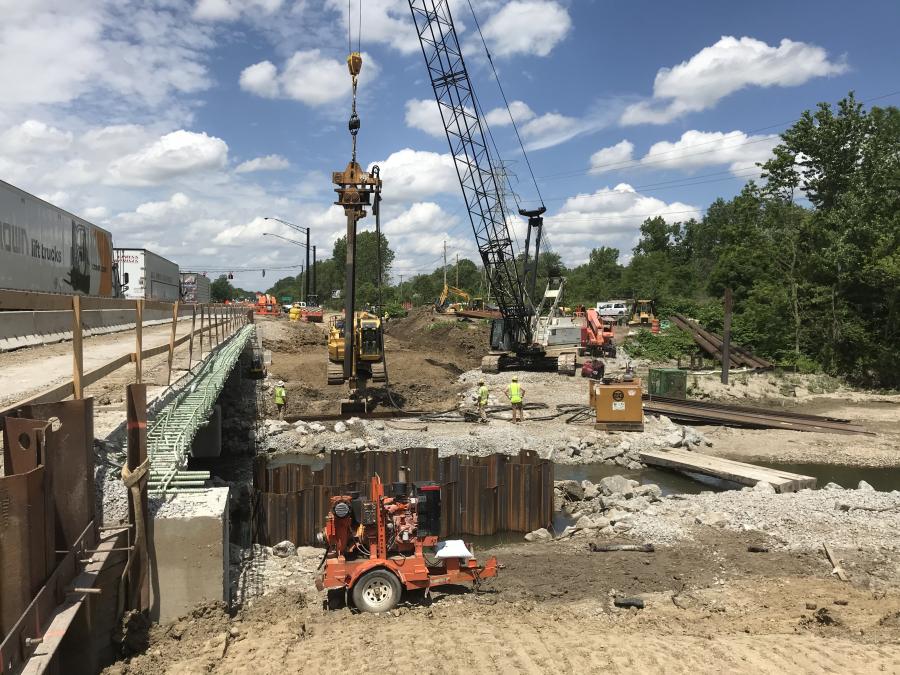 The design/build project was awarded to John R. Jurgensen, of Cincinnati, which is charged with the coordination of relocations of numerous utilities, a task that would typically happen before the project began. (Ohio Department of Transportation photo)

A project by the Ohio Department of Transportation (ODOT) to build two innovative intersections called Superstreets comes with its fair share of challenges — the usual and the not so usual. 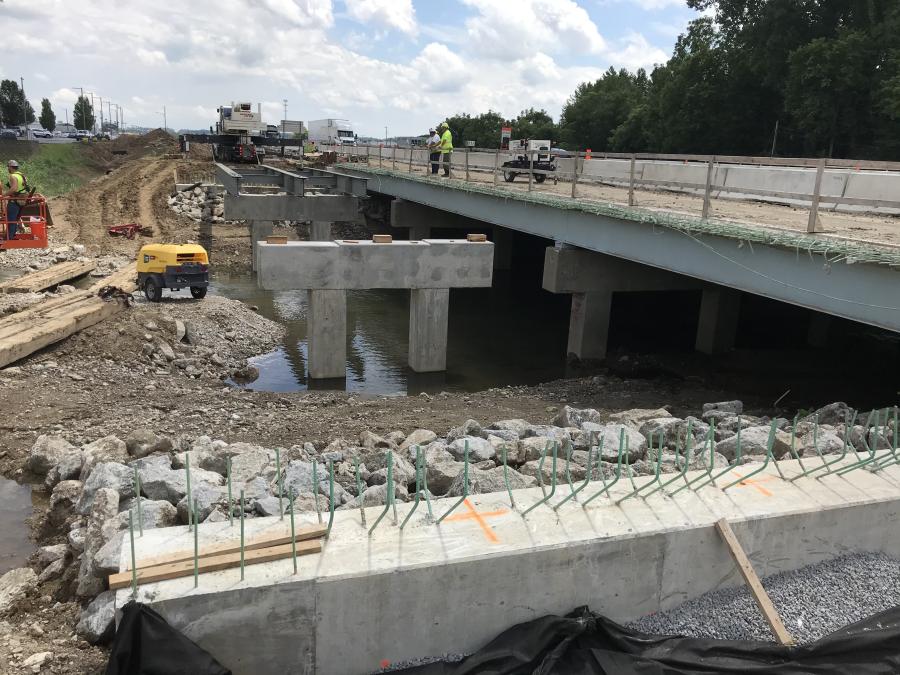 "A Superstreet is a non-traditional, signalized intersection that can provide more capacity than a traditional intersection," according to an ODOT fact sheet. "Traffic movements in Superstreet intersections prohibit side-street — minor cross street — traffic to turn left or go straight through the mainline intersection. Instead, motorists will turn right and do a legal U-turn at a nearby one-way, signalized median crossover to follow their desired path."

The Superstreets are being built on U.S. 35 between T.R. 1217 (Orchard Lane) and T.R. 48 (Factory Road) at Beavercreek in Greene County in an effort to reduce congestion, cut down on delays and limit collision opportunities. From 2016 to 2018, there were 69 crashes at the intersection with Factory Road and 35 at the Orchard Lane intersection.

Typically, a Superstreet intersection reduces the total conflict points from 32 to only 14 or 8, depending on the precise design or style, and these potential conflicts are most often lower in severity than those at a traditional intersection.

Previous studies of the U.S. 35 corridor recommended eliminating the at-grade intersections and constructing interchanges to convert the four-lane route to a limited access facility in order to improve traffic safety, efficiency and flow, according to the ODOT fact sheet. However, funding constraints dictated that ODOT consider lower cost options to move a project forward that will improve safety while meeting current and future traffic demands.

The design/build project was awarded to John R. Jurgensen, of Cincinnati, which is charged with the coordination of relocations of numerous utilities, a task that would typically happen before the project began. 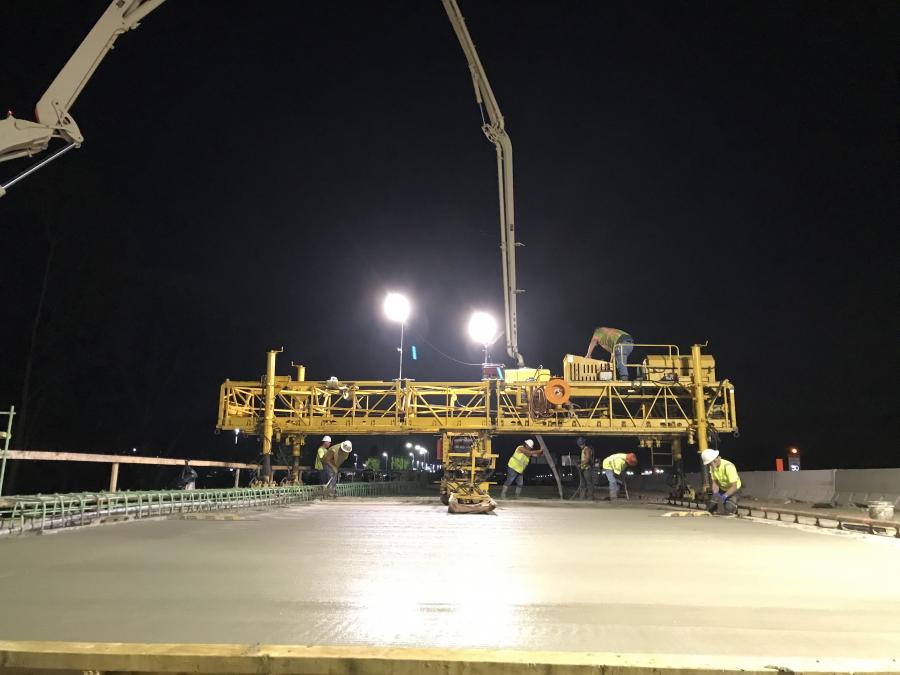 "There are a lot of different utilities on site and in conflict — water lines, gas mains, fiber optics, electrical lines — all have to be moved off the poles and moved back from the roadway," said Adam Treiber, ODOT project engineer. "On a regular project, we would have mostly all those utilities moved ahead of time. We would have had a set of plans and given them to the utilities to accommodate our plans. With a design/build, that didn't happen. It complicates the job overall."

That's one challenge; the other is cars, new cars. U.S. 35 is home to numerous businesses, including about eight new car dealerships.

"Working with all the dust and rock … construction sites get messy, muddy," said Treiber. "It's a challenge working next to brand new vehicles. We've actually talked to them a lot. We give them schedules so they can move vehicles away from equipment. They have inventory right near the road. If it's windy maybe we won't work in a spot one day. We don't want to have dirt flying in the air."

The route also is heavily trafficked, seeing about 40,000 vehicles, much of it freight — yet another challenge of the job. But work, which began in the spring of 2020, is on track for the completion date of June 2022. 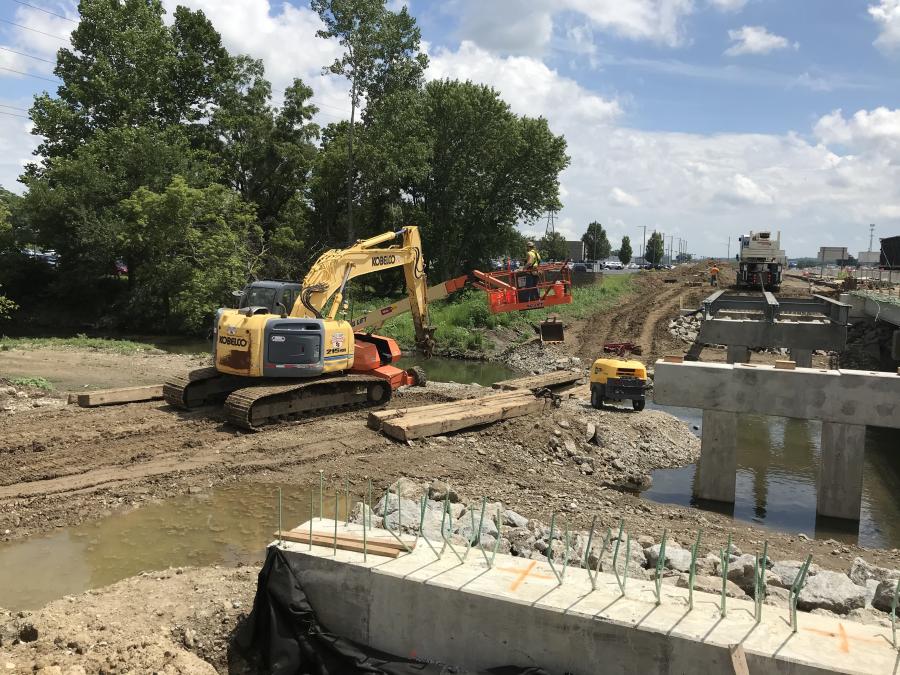 There is a variety of heavy equipment on-site, the majority of it owned by Jurgensen, said Treiber.

"We've had cranes onsite for setting bridge beams. There have been multiple excavators, dozers, loaders, graders, skid steers for various work items. We've had to use concrete pump trucks, Bid-Wells and slipform machines to pour concrete. We had diesel pile hammers to drive piles for new piers and abutments, and saw cutting machines and jackhammers for demo work on the old bridge. We currently have paving machines, vibratory rollers and compaction equipment on site."

Construction costs are $14.9 million with an additional $3 million for environmental design work and right-of-way. Local funding has been made available, with funding coming from local partners, including the Miami Valley Regional Planning Commission, Beavercreek Township, Greene County Engineer, city of Beavercreek and the Federal Highway Administration. CEG