Twenty projects underway or in planning stages by the Delaware Department of Transportation and the City of Wilmington will lead to a city investment of $258 million over the next six years. 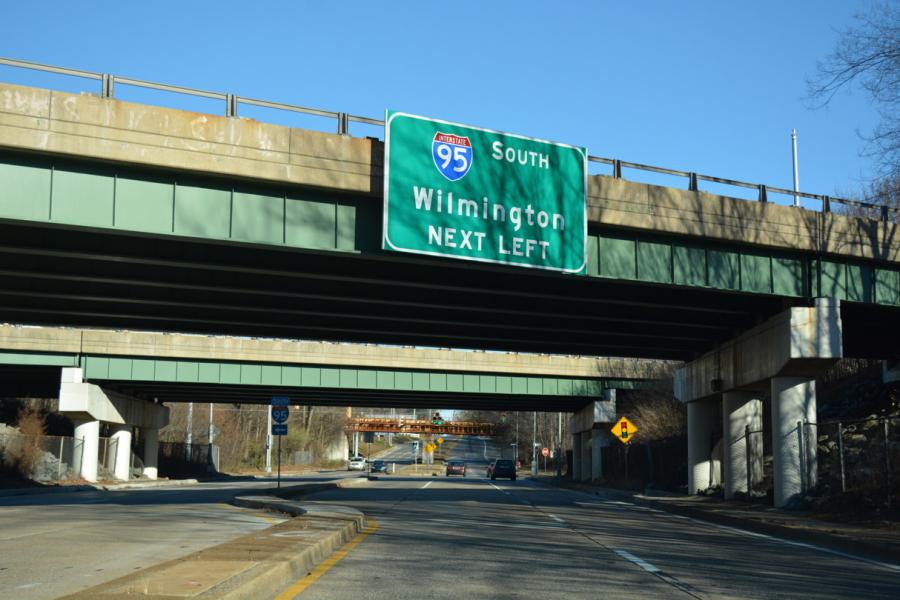 The investments include $165 million for the upcoming two-year or more reconstruction of the I-95 Wilmington corridor.

Governor John Carney and Wilmington Mayor Mike Purzycki were joined Sept. 22, by state and local officials, residents and members of the business community at the Joseph R. Biden, Jr. Train Station in Wilmington to highlight the significant infrastructure investments being made in the City of Wilmington.

Twenty projects underway or in planning stages by the Delaware Department of Transportation and the City of Wilmington will lead to a city investment of $258 million over the next six years. The investments include $165 million for the upcoming two-year or more reconstruction of the I-95 Wilmington corridor. Governor Carney and Mayor Purzycki also announced the awarding of contract for the construction and operation of the nearly $20 million Public Private Initiative for the Wilmington Transit Center to Transit Center, LLC. The new transportation hub for the city will be constructed adjacent to the Biden Train Station on Walnut Street.

“Alongside Mayor Purzycki, we're working hard to invest in infrastructure in our city, which will help create jobs, improve travel and spur economic development,” said Governor Carney. “Wilmington has been my home for three decades and we have to work together to reenergize our business district and strengthen our neighborhoods. These infrastructure improvements are an important part of this effort.”

Among the projects highlighted by the Governor and Mayor today were more than $12 million in pedestrian and transit improvements throughout downtown, reconfiguring Union Street, the removal of the Walnut Street Sweep, improved pedestrian and transit facilities on Fourth Street, and continued streetscape improvements in Southbridge. These projects are in addition to the previously announced construction of the Christina River Bridge on the Wilmington Riverfront will provide a much-needed southern entrance and exit to the Wilmington Riverfront that will encourage further development on the Southbridge side of the river.

“The Governor and DelDOT Secretary Cohan have been steadfast in their commitment to improving vehicular travel, public transit and pedestrian safety in Wilmington by supporting projects that make travel more convenient for our citizens, workers and visitors,” said Mayor Purzycki. “We have a collective understanding that the economic benefits of infrastructure investment are significant, and as Wilmington's neighborhoods and businesses become stronger, our city will contribute more to Delaware's vibrancy and prosperity.”

“We are making major infrastructure improvements throughout the state, spending more than $780 million this year alone," said Secretary of Transportation Jennifer Cohan. "These improvements in our state's largest city will positively impact all who live and work in Wilmington”