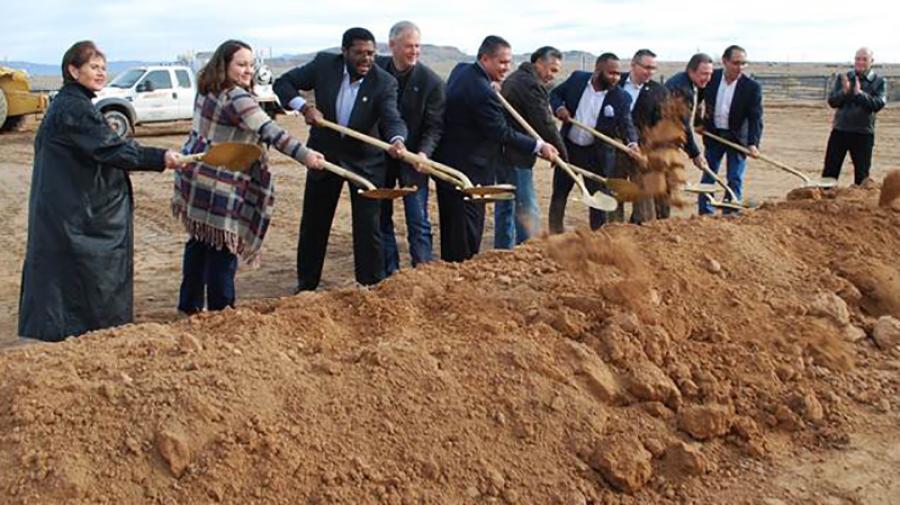 The beginning stage of this project will just generate around 15 jobs. The real potential is when larger manufacturers decide to set up shop.


It's not much now, but it could bring thousands of jobs to New Mexico. Starting Dec. 28, an empty piece of land in Los Lunas will be transformed into a rail park.

Construction crews will begin building a spur and switch on that land, marking the beginning of a $25 million project. It's just 1,400 acres of wide open space at the moment, but it has major potential to major manufacturers.

“As the investment is made in the infrastructure, you're able to attract businesses,” said Lawrence Rael, a partner with Rio Real Estate.

The goal is to make the Village of Los Lunas a central hub to spur economic growth statewide as they attract businesses to the industrial park. It's something that could eventually generate as many as 5,000 jobs. The park can be anything train-related -- manufacturing, a depot, maybe even a big mechanic shop.

“This is the one project that could potentially be the game changer that we're all looking for,” Los Lunas Councilor Gino Romero said.

That's why Rio Real Estate is working with both Bernalillo County and the village on funding the major development.

“I look forward to manufacturers that will be located here who see the potential and the ideal location of having a hub where you can make things, load them onto a train and take them across the country both east and west,” Bernalillo County Commissioner Art De La Cruz said.

The beginning stage of this project will just generate around 15 jobs. The real potential is when larger manufacturers decide to set up shop.