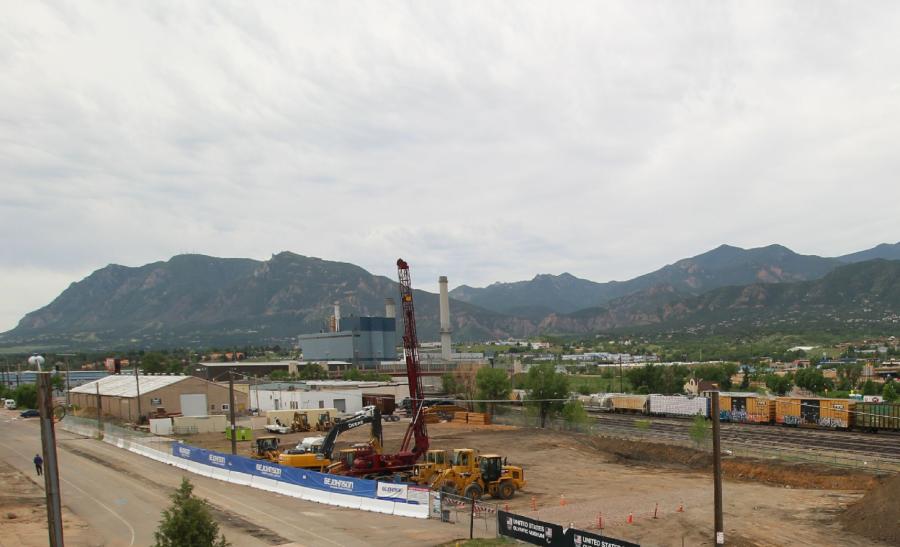 A groundbreaking ceremony was held on June 9 for an Olympic museum that will include a Hall of Fame and make mention of every athlete who has competed for the U.S. team.

COLORADO SPRINGS, Colo. (AP) A groundbreaking ceremony was held on June 9 for an Olympic museum that will include a Hall of Fame and make mention of every athlete who has competed for the U.S. team.

“I was stunned there wasn't a proper celebration of the Olympic movement here,” said Celeste, the project chairman who previously served as president of Colorado College, about a mile north of the museum site.

As governor of Ohio, Celeste was key in helping Cleveland win the contest to become home of the Rock & Roll Hall of Fame. He sees similarities between that museum and this one.

“People come to Cleveland to see the Rock & Roll Hall of Fame, and if they're in Cleveland, they say, 'Let's spend an extra day to see the rock hall,'” Celeste said. “The interest in the Olympic movement is even stronger in a sense. It's maybe the single most recognized brand, globally.”

It's a project more than five years in the making that has been hit with typical funding challenges. In the end, about $49 million of the cost is being covered through private fundraising, with the rest coming through public bonds sold to three local banks.

The Olympic Training Center draws about 130,000 visitors a year. Museum officials are expecting their 60,000-sq.-ft. showcase to eventually draw up to 350,000 a year, with more than half the visitors coming from outside the state.

“I think the synergy you're going to see between the Olympic Training Center and the museum is going to be profound,” Hickenlooper said.