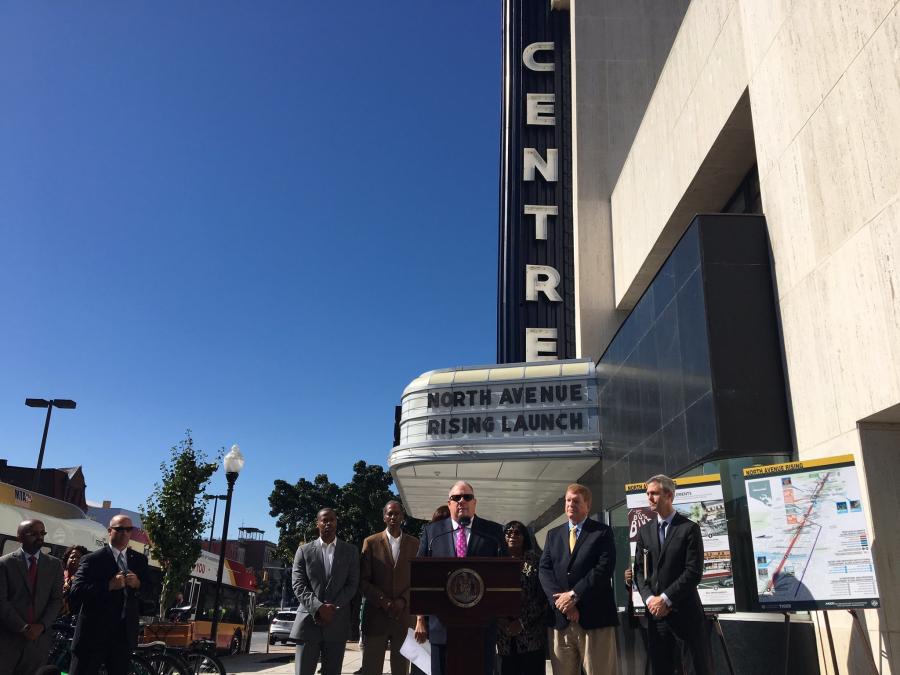 “By working with our federal, state and city partners, North Avenue Rising will have a transformational effect on this area and will make changes that will have the most direct impact on the services the citizens of Baltimore use and need the most,” said Hogan.

With the start of the design and public engagement phase of the “North Avenue Rising” project, the MDOT MTA will hold four public workshops to gather community input on the improvements planned for North Avenue.

“We encourage all Baltimore city residents to come out and help design this transformative project that will strengthen economic development efforts in the corridor and improve the quality of life for Baltimore communities for years to come,” said Rahn.

“The transportation improvements linked to this project will get residents to employment hubs and entertainment centers faster and more efficiently,” said Quinn.

The North Avenue corridor is home to Baltimore institutions such as Coppin State University and the Maryland Institute College of Art. MDOT MTA and Baltimore have worked together with the common goal of revitalizing North Avenue to its full potential.