O'Hare's Terminal 5 to Undergo $8.5B Expansion 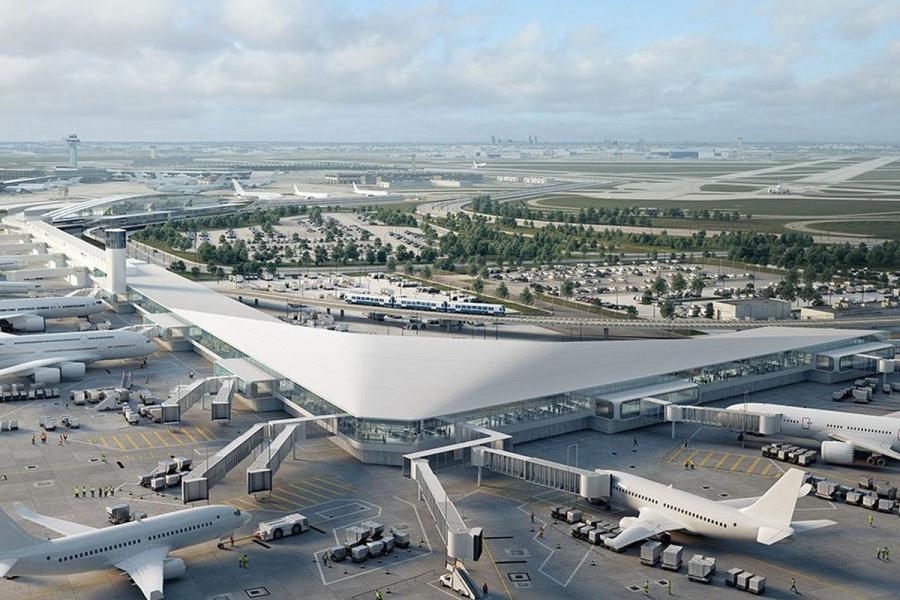 Rendering of O’Hare International Airport’s Terminal 5 post-expansion, which is expected to be largely delivered by 2021. (Chicago Department of Aviation photo)

Chicago's O'Hare International Airport, one of the busiest airports in the world, will undergo a $1.2 billion expansion of its Terminal 5 starting in 2020 that not only will upgrade and improve services and amenities at airport, but prepare it for a further $8.5 billion investment targeting a 2023 completion date — with the bulk of the Terminal 5 expansion to be delivered in 2021. The $8.5 billion includes the $1.2 billion for Terminal 5 and other capital improvement projects for O'Hare 21, to be completed later.

A groundbreaking ceremony for the first phase was held on March 20, which included then-Chicago Mayor Rahm Emanuel and Chicago Department of Aviation (CDA) Commissioner Jamie L. Rhee, as well as officials from American Airlines, Delta Air Lines and United Airlines. 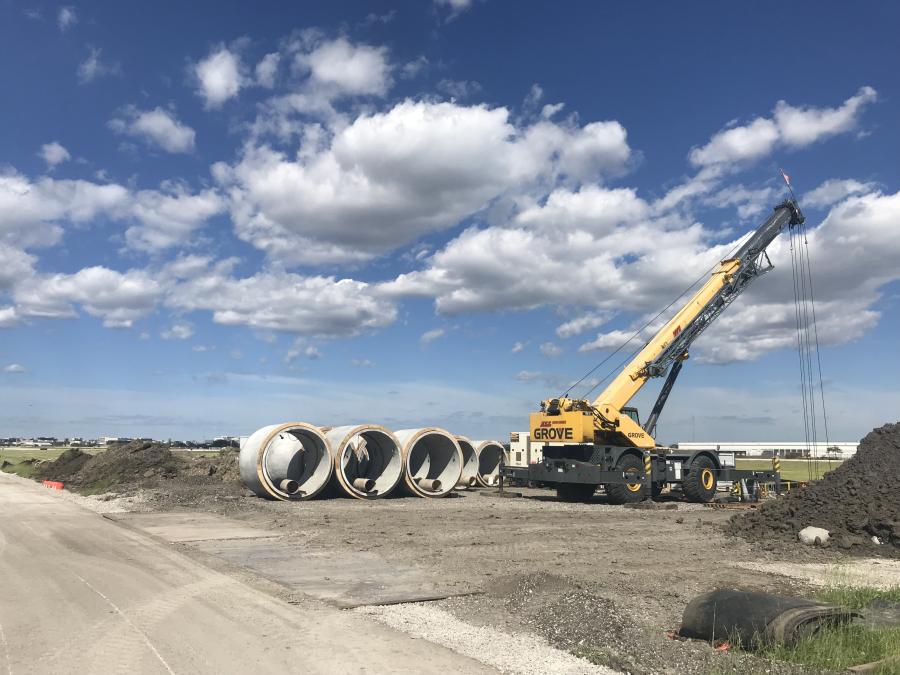 The timeline looks to complete the new concourse in mid-2021 and the terminal expansion and parking garage, with Delta Air Lines expected to relocate to Terminal 5 from Terminal 2 in late 2021. Beyond 2023, the curbside and roadway expansions will be completed. Additionally, a new on-airport hotel is planned at Terminal 5, but no firm timeline has been agreed upon for its development.

The CDA sees this as a transformative project that will add more than 350,000-sq.-ft. to the terminal and renovate over 750,000-sq. ft. of existing building spaces; add 10 new gates — a 25 percent expansion of aircraft parking space — to better accommodate large aircraft and reduce gate delays; increase airline lounge space by 70 percent (including a new Delta Sky Club) and boost space for concessions and passenger amenities by 75 percent —including 15 new dining and retail locations; expand the TSA checkpoint with six new security lanes; reconfigure immigration and customs screening facilities; and replace the terminal baggage handling system.

The road work will include an upper level departures curbside expansion that will provide additional drop-off capacity and a widening and reconfiguration of the roadway to support additional passenger volumes at Terminal 5. Additionally, a seven-level parking garage will be constructed at the location of an existing surface parking lot and will provide 2,600 spaces. The parking garage will be connected to Terminal 5 by a new 400-foot-long pedestrian bridge. 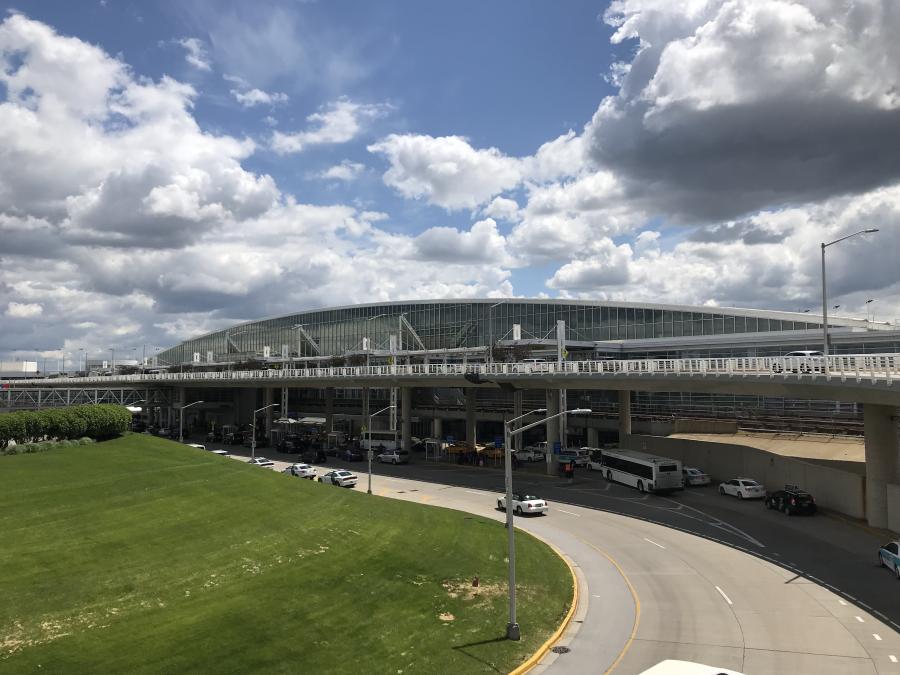 By 2022, the original baggage handling carousel will be upgraded to a modern system that includes new baggage sorting, security screening and makeup areas. Its construction will be done via a phased approach to minimize the impact on travelers, airlines and businesses currently operating at the terminal. Terminal 5 was built in 1993 and the expansion is expected to add 3,500 jobs over the next decade.

These improvements represent the first in a series of O'Hare 21 expansion projects, which follow the opening of five new gates at Terminal 3's Concourse L in May 2018. The expansion will increase gate and terminal areas, better integrate domestic and international operations at the terminal and increase Chicago's leading global connectivity, which the CDA stresses should create tens of thousands of jobs for the community.

"Thanks to the CDA's airline partners' commitment to Chicago, it is offering increased connections, better services and more reasons for travelers to choose O'Hare than ever before," Rhee said. "Through the modernization program, Chicago O'Hare will continue breaking records by improving service for travelers from curb to gate and powering new economic opportunity at historic levels."

Delta's move to Terminal 5 will allow the airline and its SkyTeam alliance partners to consolidate operations within the same terminal and use a new Delta Sky Club lounge.

"United is proud to partner with the city in ushering in a new era of travel in Chicago," said Oscar Munoz, CEO of United Airlines. "The investments we are making in our Chicago hub, complemented by the renewed commitment and investments at our headquarters in Willis Tower downtown, will allow us to better serve our customers and employees as we continue to build a future United Airlines that is worthy of being known as Chicago's hometown airline." 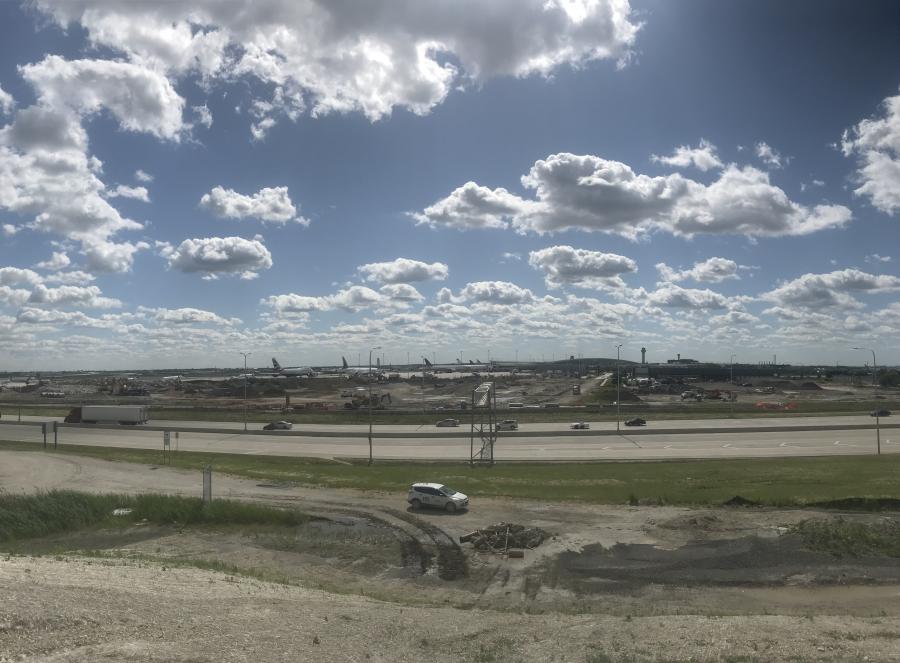 Ultimately, all United and American Airlines operations from Terminal 5, as well as many of their international partners, will relocate to the new O'Hare Global Terminal, expected to be completed in 2028.

"As we grow our Chicago network," said Franco Tedeschi, American's VP — Chicago, "the airport will be growing along with us and that will result in an improved experience for our millions of customers and 9,300 team members who call O'Hare home."

Funding for the project is being provided by many sources, including financing from the airlines in 2017 and a new airline use and lease agreement between the city and airlines using O'Hare that was approved in March 2018 and established this $8.5 billion capital redevelopment.

While a general contractor is yet to be selected for the T5 expansion, Walsh Construction has started the project by building the new $64 million aircraft parking aprons that are crucial for the terminal extension and modernization program, which will be completed in two major phases.

The first step will see an expansion of the terminal's footprint to create a new space between Gates M7 and M12 and beyond Gate M21. This will be followed by the reconfiguration of existing space to add additional checkpoint lanes, expand baggage claim areas, redesign the existing immigration and customs facility and provide flexible use capability for domestic and international flights. 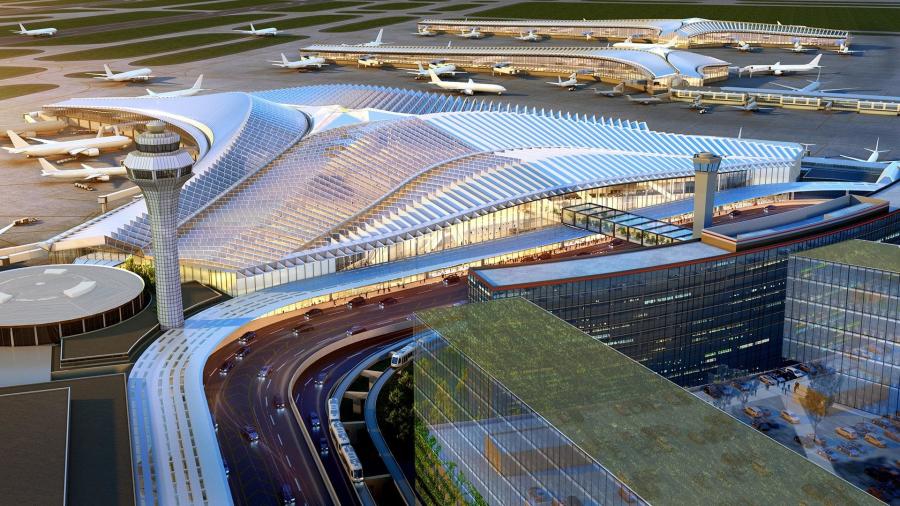 On June 2, the city of Chicago officially entered into a contract with the joint venture Studio ORD, led by Studio Gang, to design O'Hare's Global Terminal. Studio Gang is the architectural firm that conceived the Vista Tower in Chicago — the third highest building in the city.

In addition, terminal enhancements to maintain the structure's original architecture were designed by Muller & Muller, the prime designer, with HOK, Milhouse and TYLIN assisting as major subs. The program manager for O'Hare 21 is Connect Chicago Alliance (CCA), a joint-venture firm led by Jacobs as managing partner, Ardmore Roderick, J.A. Watts Inc. and GSG Consultants. This program management team is collaborating with the city and the airlines to oversee the entire O'Hare 21 program, including compliance with safety rules, regulations, scope, schedule and budget of all approved projects.

The project team is tasked with designing and constructing a new concourse extension and core area expansion without significantly impacting operations at Terminal 5. This requires proactive notifications to gate scheduling managers, as well as temporary gates, temporary airline relocations and mandated night work. Many stakeholders are in coordination with the design process to ensure success. In addition, the construction manager at-risk has been brought on early in the process to assist with design and constructability, and will also work with the designer to package the design to best bid out to the industry to maintain schedule. CEG