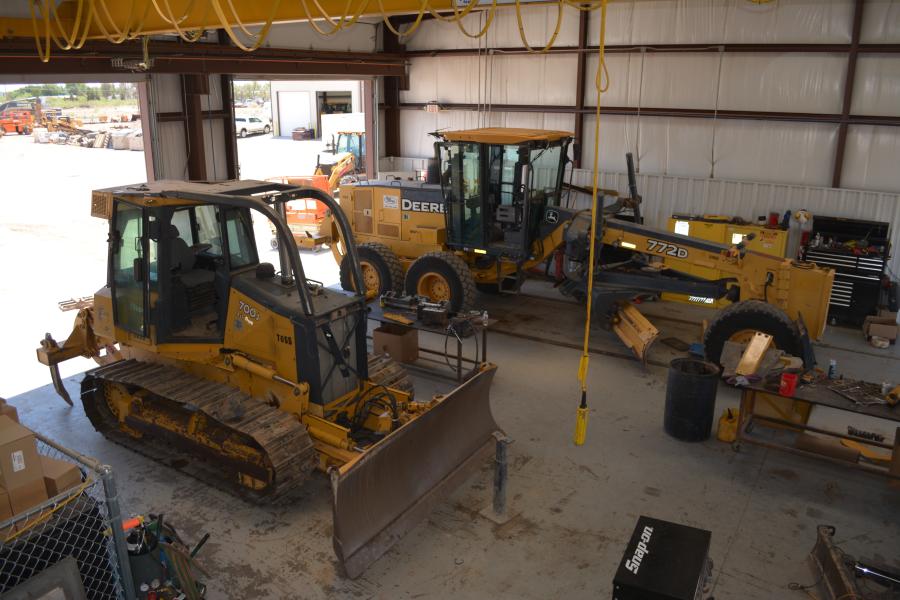 In a notoriously up and down, cyclical industry, you better be good at what you do and you better have a good business plan.

Beard Equipment, like every other business in the oil-rich areas of West Texas, rides the roller coaster that is the oil market. The highs are higher than almost anywhere else; alternatively, the lows can be a sobering reality check.

A woman once asked Owner and President Jeff Beard about his equipment dealership's market.

“Are you in the oilfields?” she asked, wanting to find out to what extent his business was impacted by the oil industry of the Permian Basin.

“Ma'am,” he answered, “Chick-fil-A is in the oilfields in Midland/Odessa.”

Currently about 50 percent of the Midland based dealership's business is oil pipeline-related. That hasn't always been the case, and Beard knows the most recent boom will come to an end at some point.

Beard has seen booms and busts in his 12 years in business. He launched the business in 2006 as an equipment rental service, after a decade in the industry with Cisco Equipment and United Rental.

“We had two machines when we started,” he recalled. “I was fortunate enough to own several rental properties around Midland, and just started selling them and buying machines.”

“Rental definitely got us where we are today,” Beard said.

And today, the company is a full-service dealership that carries Kobelco excavators, Hitachi loaders, Epiroc hammers, JLG lifts and Atlas Copco air compressors in addition to the rental fleet of earthmoving and compaction equipment. The company also offers several lines of trailers and transportation services anywhere in the United States.

“Over the last two to three years, even large contractors are moving to rental rather than purchase. I think the contractor wants to maintain a fleet size at all times that he can keep busy even in a downturn,” Beard said.

Beard services all lines of equipment including Caterpillar and John Deere with five service trucks in all areas of Texas, plus neighboring New Mexico and Oklahoma.

Those five service trucks, along with four services bays at the dealership require qualified technicians, and that is a huge challenge in the ultra-competitive Permian Basin job market.

Starting pay for techs has risen more 30 percent in just the past three years. Jobs are plentiful in the basin, and Beard said he has to get his technicians to $40/hour within a short period of time, or he could lose them.

“We now offer employees a 401K plan, health insurance including dental and vision plus paid vacation, holidays and sick days,” Beard said. “For the right person this can be a good place to land.”

Beard also noted that a lot of planning is required to ensure that the company can retain those good people when the next downturn comes.

Inventory management is a constant concern, as well. “You have to be careful with your inventory, in a boom economy and in the oilfields in general,” Beard said. “Be prepared for a major downturn every four to five years.”

On the other hand, on the new equipment side, delivery time has become a major challenge. Kobelco, Hitachi and Epiroc have all had delivery times as high as three to four months and more.

Yet another challenge a dealer in the basin face is urgency.

“If there is a pipeline leak, it has to be fixed now,” Beard said.

If his customer requires an excavator, he is not willing to wait until tomorrow.

“We have to deliver pretty much all times of the day,” said Beard.

The aggregate market is requiring some changes to the company. Beard is having to add larger loaders to the fleet to accommodate the market's demands. Additionally, he is eying a move into crushing and screening products.

The company also is slowly diversifying into road building equipment, which Beard said, “is expensive, but with a huge upside.”

And like all equipment dealers, Beard is working hard to keep pace with the rapid changes in technology. He reported seeing a dramatic increase in demand for grade control on his rental machines and on new Kobelco and Hitachi equipment.

It's this attention to detail through a sound, proactive and diverse business plan that inasmuch as it is possible, can greatly keep Beard Equipment going strong through the industry rollercaster and help the ride be much less anxious.

Beard Equipment is the authorized dealer for Kobelco excavators, Hitachi loaders, Epiroc hammers and JLG lifts in a large part of West Texas.

The company also maintains a rental fleet of more than 150 machines, mostly earthmoving and roadbuilding in nature.

Beard Equipment sells a number of top trailer lines and offers transportation services throughout Texas and the surrounding states.