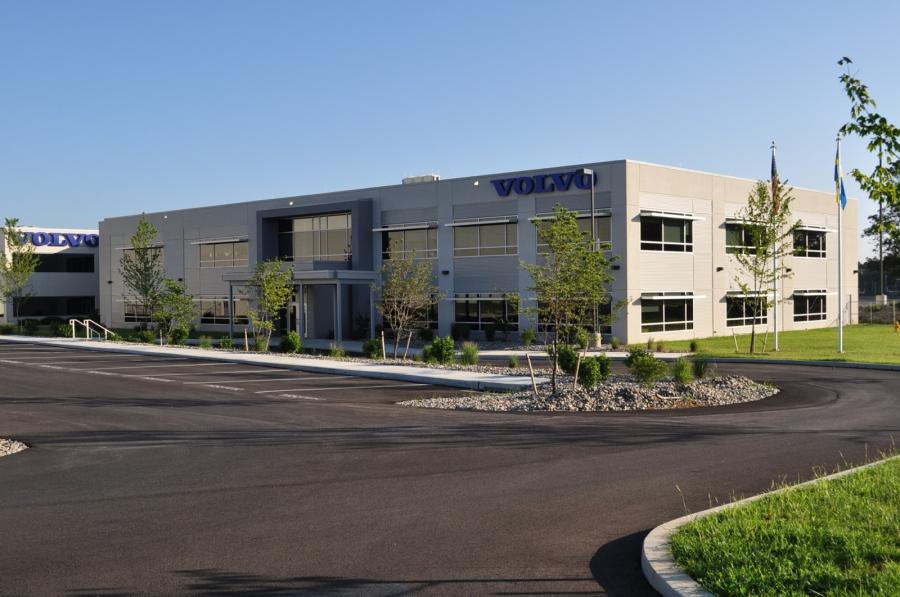 Volvo's Shippensburg site, purchased from Ingersoll Rand in 2007, is the company's main North American facility for the manufacture of construction equipment — grading and paving machines, asphalt loaders, road mills and other heavy construction vehicles and tools.

Casey toured the facility with Volvo executives and industry officials and gave a brief speech to employees on the shop floor.

Volvo's Shippensburg site, purchased from Ingersoll Rand in 2007, is the company's main North American facility for the manufacture of construction equipment — grading and paving machines, asphalt loaders, road mills and other heavy construction vehicles and tools.

Casey said manufacturing jobs make up about 9.7 percent of the total employment base in Pennsylvania, a number which may seem small, but is actually a higher portion than most other parts of the U.S.

From 2010 to 2015, the state added around 14,000 manufacturing jobs, according to BEA data. In fact, in the nation as a whole, manufacturing job gains have generally accelerated during the post-2008 recovery. According to the Reshoring Initiative, an advocacy group, 2016 was the first year in which more manufacturing jobs came back to the U.S. than left, with improved automation putting manufacturing output at all-time highs.

One of the main obstacles to taking advantage of further manufacturing headroom is infrastructure, with the country's transportation network already overloaded.

“I would say the first thing that comes to almost everyone's mind is that we need to rebuild and modernize our infrastructure,” said Kip Eideberg, vice president of advocacy for the Association of Equipment Manufacturers.

Casey said he hopes that Congress will make a concrete move on an infrastructure funding bill prior to the end of 2017. But he was not enthusiastic about the GOP's preference for using tax credits and private payouts to fund public projects.

“You've got to be willing to borrow to do it,” Casey said, adding that the nations' formative infrastructure projects, since President Abraham Lincoln, have been debt-financed.

Although President Donald Trump pledged a $1 trillion infrastructure program during his campaign, the White House has thus far allotted only $200 billion to an infrastructure plan, saying that this money will leverage another $800 billion in private investment.

Opponents have criticized the plan as a corporate handout that would not necessarily produce that value of actual roads and bridges, and that borrowing is preferable given that interest payments on the federal debt as a percentage of GDP are at historic lows, while inflation is consistently below target.

“I hope the president will actually get on this and stay focused and stay with it,” Casey said of the infrastructure deal.

Aside from infrastructure, Volvo leaders said the company was being hemmed in by a difficulty in finding engineers, and by the continuing strength of the U.S. dollar.

“We're doing all right in staffing on the shop floor, but it's much more challenging when it comes to people with university degrees and some kind of formal engineering training,” said Francois Guetat, vice president and general manager of Shippensburg Operations for Volvo.

“We try to localize the people we recruit and get them jobs not just for three or four years, but a lifetime career here,” Guetat said. “But there really just aren't enough people coming up through the schools for what we need.”

Guetat also said Volvo finds it difficult to counteract the strength of the dollar, which, while it has many benefits for consumers, makes U.S. exports more expensive for buyers working in foreign currency.

Roughly 20 percent of Volvo's cost efficiencies are lost due to exchange rates, Guetat said, meaning the Shippensburg site has to work harder on more efficient, high-tech production to keep its added values greater than foreign competitors working in cheaper currency.

While Congress has little control over free-market exchange rates, Casey said he hoped that the Trump administration would bring substantively renegotiated trade agreements before the House and Senate.

“We need to see real results from that renegotiation,” Casey said of the North American Free Trade Agreement, the US trade pact with Mexico and Canada, which Trump has vacillated on terminating.

“Our state got hammered with that agreement,” Casey said. “What we don't want to see is [Trump] nibbling around the edges just to say he did something.”