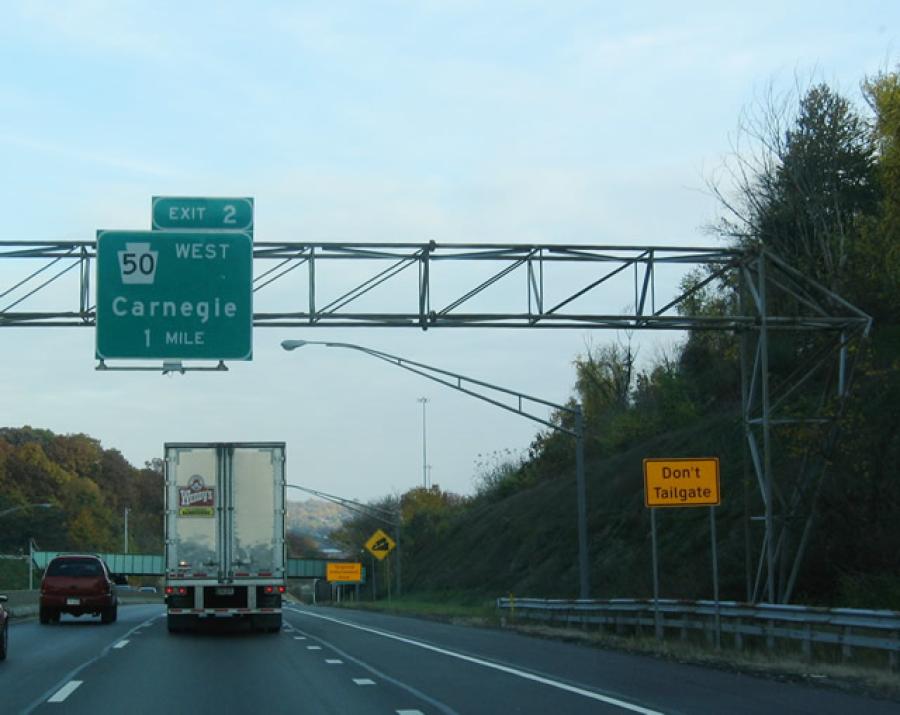 Golden Triangle Construction and Mackin Engineering Company, in conjunction with the University of Pittsburgh, incorporated new technologies rarely or never before utilized in Pennsylvania such as a variable thickness concrete overlay; mix design optimization for better long term pavement performance; optimization of the pavement overlay profile; stringless paving; and real time smoothness which resulted in a high quality project with a considerable cost savings over the asphalt alternative bids.

“This project was probably the most innovative PennDOT project that we have ever been associated with since it included the option for alternate paving materials under a design/build bidding process,” explained Chuck Niederriter, COO of Golden Triangle Construction. “The concrete roadway is cost-effective, sustainable and will far surpass the lifespan of any bituminous alternative.”

The success of the project was much due in part to the ability to overcome the various challenges that could have compromised the schedule. These included changes to the grades and curb placement, which forced re-design of a large portion of the project, as well as an unusually rainy spring and summer which required Golden Triangle's crews to work most weekends to stay on schedule.

“Concrete overlays have proven to be a viable alternative paving material with immediate and long-term benefits,” added H. Dan Cessna, district executive of PennDOT District 11. “The traveling public will be able to enjoy the safety and quality of this concrete roadway for a very long time.”

“With a handful of concrete overlay projects having been constructed this decade in Pennsylvania, this technology is increasingly being used as a cost-effective method for extending the life of a pavement,” said John Becker, president of the ACPA Pennsylvania Chapter. “Across the United States, approximately 25 percent of all concrete pavement square yards placed annually are concrete overlays.”

ACPA's “Excellence in Concrete Pavement” awards, now in its 27th year, recognizes quality concrete pavements constructed in the United States and Canada. The purpose of the awards is to encourage high-quality workmanship in concrete pavement projects, and serve as a way to share information about challenging and highly successful projects.

Representatives from PennDOT District 11 will be recognized for the award at the Pennsylvania Concrete Conference on Feb. 22 at the Sheraton Harrisburg-Hershey.