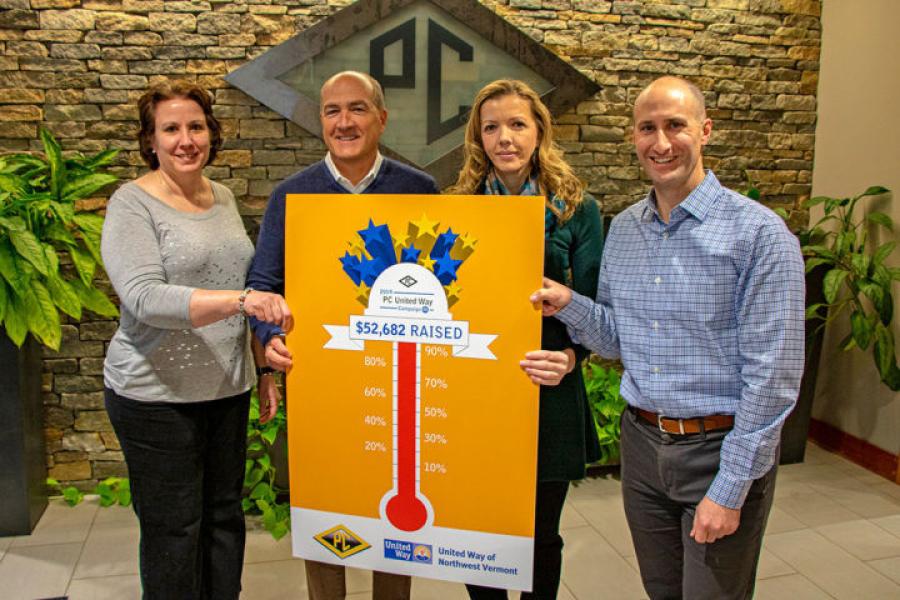 The employee-owners of PC Construction announced that the company raised $52,682 for United Way of Northwest Vermont's annual campaign.

This year marked PC Construction's 54th annual United Way campaign. In the 1966 inaugural year, the company donated a total of $213 to the organization. This year, the enthusiasm and energy of PC's employee-owners surpassed prior giving and each of those contributions was doubled by a 100 percent corporate match.

"The United Way has always held a special place in the heart of this company," said Jay Fayette, president and CEO of PC Construction. "As an organization, they have a prolific and profound impact throughout our region. In 2019 alone, they invested more than $4 million in our communities, offering services such as transportation for people with disabilities, access to substance use disorder programs, and volunteer and mentorship programs. They also sponsor Vermont 2-1-1, the live, one-on-one referral helpline that connects vulnerable citizens with available human services resources. We are proud to support all of these critical initiatives."

Added Ermina Bolic, operations assistant: "PC and its employee-owners have a longstanding tradition of giving back because ‘building strong communities' is an effort much bigger than the structures we create. As employee-owners, each of us has a responsibility to contribute to that mission. The annual United Way giving campaign is a perfect example of that."