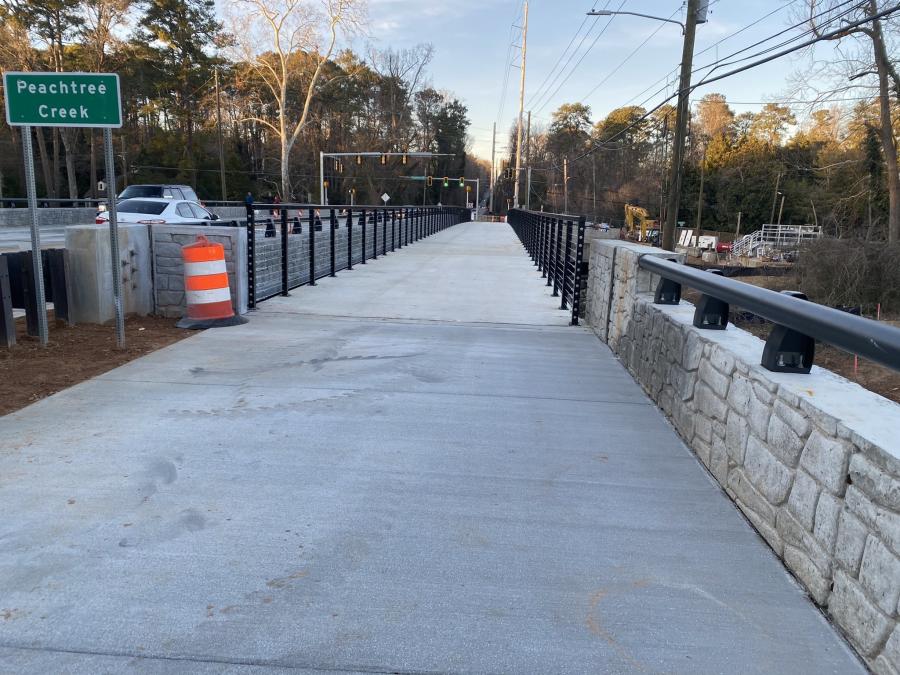 The Peachtree Creek Bridge on SR 3/Northside Drive in North Atlanta (Fulton County), built in 1926, is being replaced by the Georgia Department of Transportation (GDOT) via a $20,164,623.92 contract that was awarded to C. W. Matthews Contracting Co. Inc. (CWM). 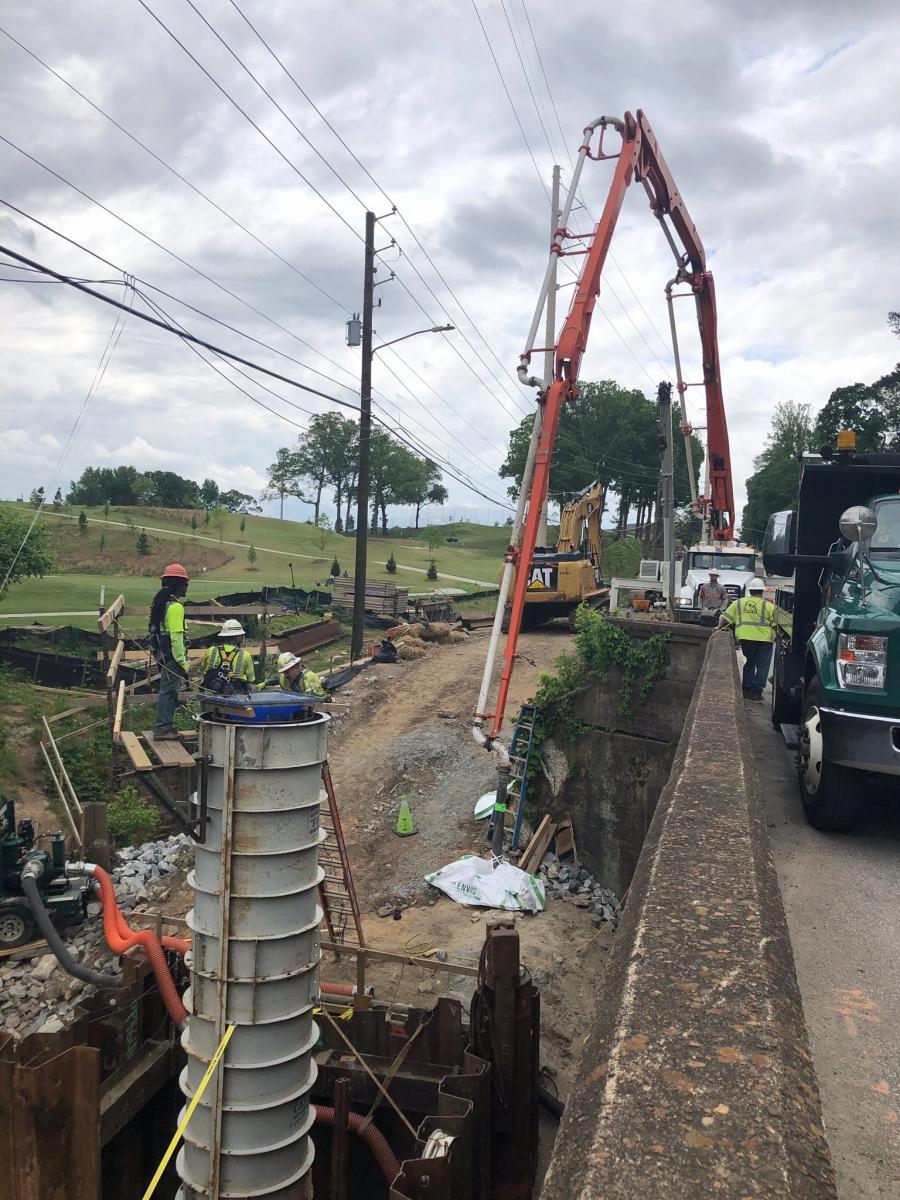 Thus far, nearly 90 percent of the construction has been completed. The work began in March 2019 with extensive vegetation removal and utility relocations. The current anticipated completion date is August 2021.

"Northside Drive serves as a connector for north-south travel in North Atlanta," said Tori Brown, GDOT's District 7 communications specialist. "It is located in a community with many historic resources, including the Atlanta Memorial Park, Woodfield Historic District, Spring Lake Historic District, Haynes Manor Historic District and the historic Bobby Hones Golf Course. The road on either side of the bridge is abutted by historic homes, schools and religious institutions, and it is a heavily travelled corridor serving residents, commuters, cyclists, pedestrians and transit."

The new bridge accommodates high vehicular, pedestrian and bike traffic. The old bridge had outlived its useful lifespan and the new one was designed to meet modern standards.

"GDOT routinely conducts studies to determine the adequacy and integrity of the bridges and we identified the bridge over Peachtree Creek for replacement," said Brown. "There were significant cracks in the bridge piers, abutments and deck. Scour to the streambed negatively affected the integrity of the bridge, and they were likely to continue to worsen. Additionally, having been constructed in 1926, this structure was not designed to accommodate the size and weight of present day vehicles."

The old bridge had a sufficiency rating of 41.29 out of 100. A GDOT document prepared for a March 2015 public meeting stressed that "the option of not acting to replace the bridge in the near future is not prudent."

The speed limit on the new bridge will be 35 mph. 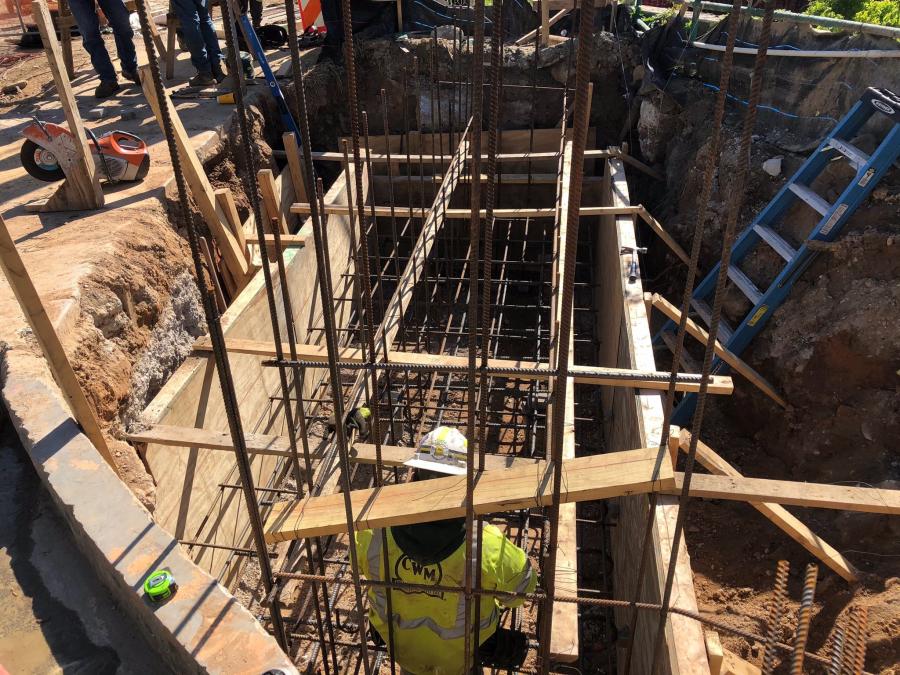 The new bridge, based on a AASHTO LRFD 7th Ed. Bridge Design, was designed by GDOT Bridge Office.

"This project employed numerous bridge construction techniques such as precast deck panels, UHPC (ultra-high performance concrete), micropile foundations, and two-hour ready mix concrete," C. W. Matthews Contracting Co. said. "This is all part of the ABC [accelerated bridge construction] concept, which allowed CWM to complete the bridge within the 90-day closure. "The ABC concept allowed CWM to construct the bridge in a fraction of the time by eliminating waiting periods between construction elements and allowing an ‘around the clock' type schedule."

To minimize the construction impacts on the busy section of road, GDOT has worked cooperatively with area residents, businesses and local elected officials to make them aware of upcoming traffic impacts and address concerns.

"In addition to the busy traffic on Northside, a state route, the project is located at a five-legged intersection leading to neighborhoods on the city street grid, warranting coordinating with COA," said Terrance Cooper, GDOT's project manager. "In addition to some daytime single lane closures on Northside, the primary impact of the project involved a 90-day closure of a portion of Northside while contractors demolished and replaced the Peachtree Creek bridge, removed and relocated utilities on the utility/pedestrian bridge. The scheduling of this extended closure was communicated widely and often with the project stakeholders. As Northside is also an exit off I-75, a detour was installed to eliminate all but local traffic in proximity of the project during the 90 days.

"Working in tight proximity to traffic and high pedestrian volume [was a challenge]," stated CWM. "Efficient use of lane closures, proper signage and constant communication with local stakeholders and GDOT were all key elements to the successful completion of this project."

The demolition of the old bridge consisted of saw cutting and removing the deck in large sections to prevent rubble from falling onto the creek.

"These pieces were lifted off the bridge using a large crane," stated CWM. "Two large rock jetties were constructed on either side of the creek bank in order to demolish the old bridge piers using large backhoe hammers. No real challenges were encountered during this work other than mother nature — a tropical storm. Demolition took approximately seven shifts from start to finish." 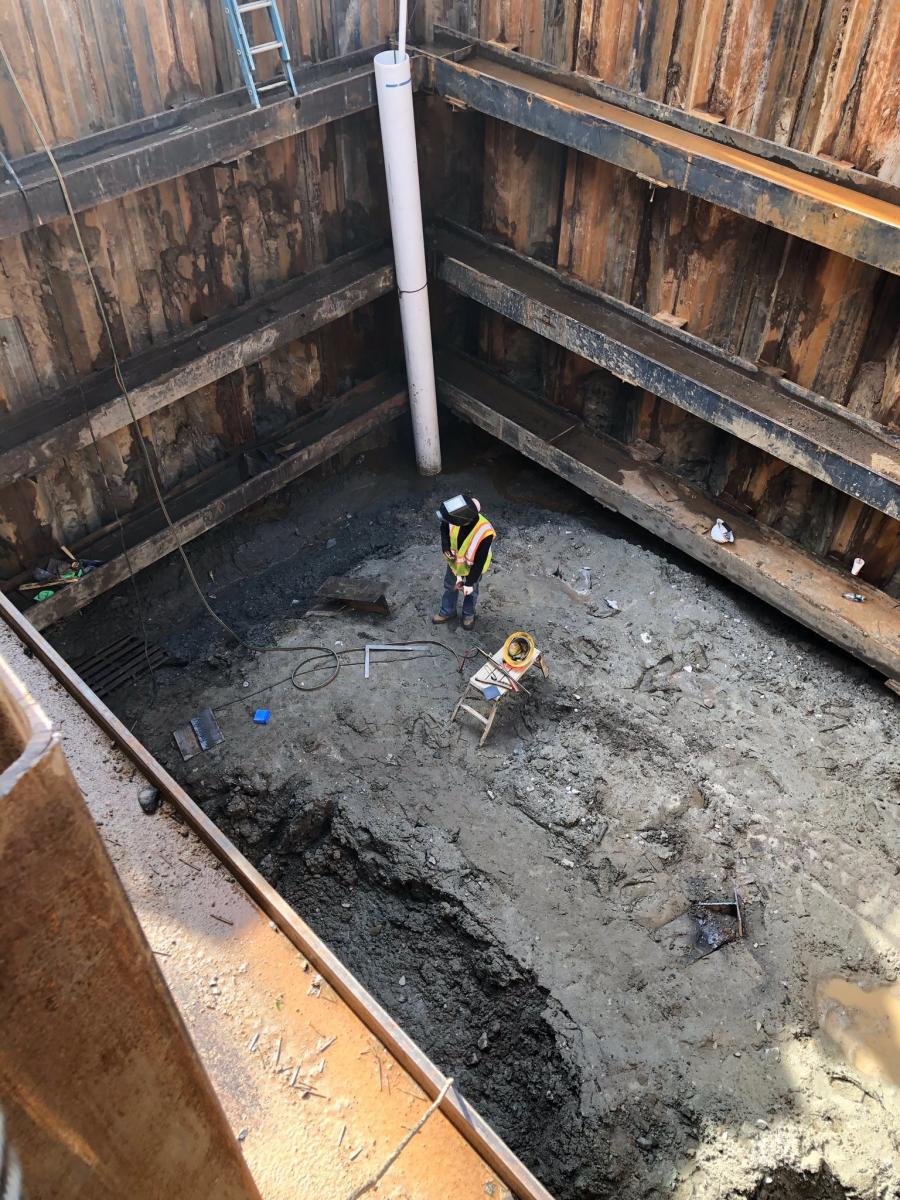 Peak days have had 60 CWM and subcontractor employees, with the key subcontractors being Ruby Collins and Robert Kelly Construction.

"All of excavated earth and rock was utilized on common fills," stated CWM. "Recycling is important and emphasis is always placed on trying to reuse as much material as possible."

"CWM employs 24/7 on-call mechanics, as well as daily maintenance/servicing on our equipment," stated CWM. "This is normal on all CWM projects and it ensures zero downtime due to equipment failure."

"Doing the 90-day closure, different members of the D7 Area Office helped on the project because the demanding schedule," said Cooper. CEG