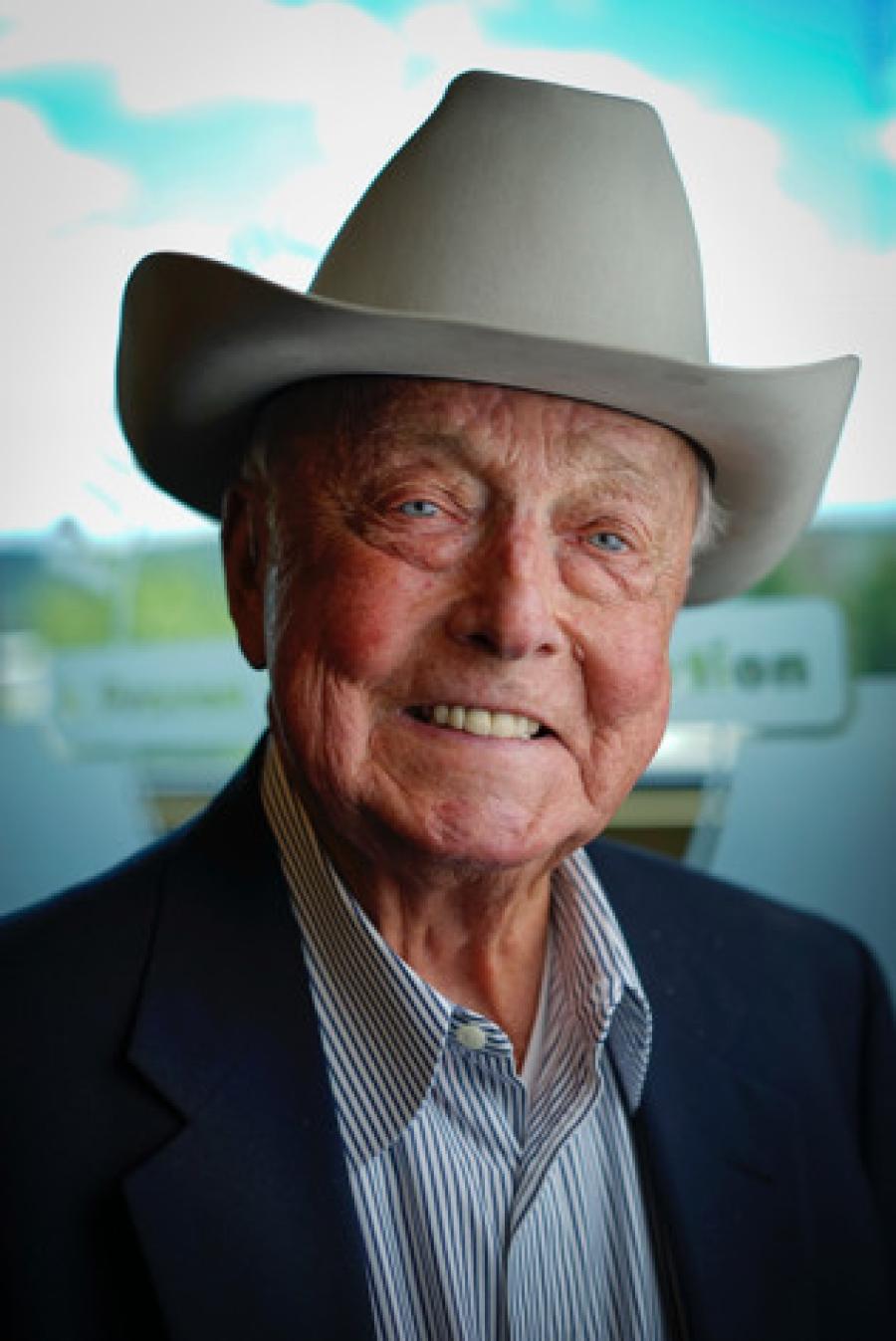 He is survived by his wife of 64 years, Avis Shuler Phillips of Land O' Lakes, Fla., and by two children, five grandchildren and four great-grandchildren.

His children are Lesa Phillips Whitson (and her husband, Handy) and W.T. “Teddy” Phillips, Jr. (and his wife, Christy), both of Knoxville, Tenn.

Mr. Phillips was a member of Cedar Springs Presbyterian Church in Knoxville, Tenn.

Ted Phillips was born in rural Graham County, N.C., in 1931 and graduated from Robbinsville High School.

Growing up during The Great Depression, he possessed a positive attitude and a penchant for hard work and not much more. His wife, Avis, was also from Robbinsville and they were married in 1953.

Always bold and without fear, Mr. Phillips took his first contracting job in 1949 at the age of 17 by partnering with his cousin to perform a $495 land clearing contract for the Tennessee Valley Authority in Mississippi. Ted borrowed his Dad's car, loaded cross-cut saws and axes, picked up his partner and two other men and headed down 450 mi. of narrow, curvy two-lane roads from the mountains of Robbinsville, N.C. to Philadelphia, Miss. The manual labor was hard, hot and tiring but, after expenses, they finished with a profit. Ted had no idea when he took on this little clearing job that it would become his life's work and that this work would eventually grow into one of the largest contractors of its kind in the country.

In 1952, at the still-young age of 20 and three years after his first contracting job, Ted Phillips partnered with his brother-in-law, Ted Jordan, to found Phillips and Jordan (commonly known as P&J) to pursue larger land clearing and grubbing projects.

In 1959, the company was subsequently incorporated and Ted Phillips was elected chairman of the board and president, titles he would hold for more than 50 years.

P&J grew dramatically over the following 12 years under Ted's leadership and, in 1971, he sold P&J to Kaneb Services Inc., a large, publicly-traded energy company based in Houston, Texas, whose stock was listed on the New York Stock Exchange.

After the reacquisition of P&J, Ted strategically transitioned it into a heavy civil construction and infrastructure company with a national presence.

Headquartered in Knoxville, Tenn., and with regional offices in North Carolina, South Carolina, Florida, Texas and California, P&J has worked in 43 different states since the year 2000.

From a small company formed in the mountains of rural Western North Carolina, Ted Phillips grew P&J into one of the 200 largest contractors in the United States with annual revenues of one-half billion dollars and employing more than 1,200 people.

Ted Phillips led the day-to-day operations of P&J until 2010 and served as a director and chairman emeritus until his death. Some of P&J's notable projects during his long tenure included:

In addition to his role at P&J, Mr. Phillips also was a real estate investor and developer of shopping centers.

Mr. Phillips had a particular interest in supporting educational opportunities for young men and women.

In addition to supporting numerous other charitable and philanthropic efforts during his lifetime, Ted and his wife Avis also created the Ted Phillips Scholarship Fund for Construction Management at Western Carolina University and the Ted and Avis Phillips Endowed Nursing Scholarship Fund at Lincoln Memorial University.

Ted Phillips was honored to be inducted into the Junior Achievement of East Tennessee Business Hall of Fame in 2010.

Ted Phillips always appreciated the many people who came into his life whether in business or as personal friends and he was privately generous to an untold number of people.

Although he worked hard and could be demanding when necessary in business, Ted loved to joke and have fun, and he enjoyed telling stories (many times leaving the listener wondering if the story was true or not).

Ted was witty and clever and enjoyed a good prank. He loved to buy and sell heavy equipment and marveled at their ability to move the earth.

He became a pilot in the early 1960s to better scout out potential land clearing jobs. He survived airplane crashes, car wrecks and other mishaps.

Ted served on the Board of Directors of banks and a large, publicly-traded company. He was one of the first businessmen allowed to travel to Russia when travel restrictions were eased near the end of the Cold War and, while there, once taught the Tennessee Waltz to a local band just so they could play it for him.

Although he traveled the world over, Ted's heart was always in Robbinsville, and he especially loved the beauty and serenity of Lake Santeetlah. Among his many personal interests, he really enjoyed hunting and fishing and spending time with his family and friends at his beloved 4G Ranch in Florida. Ted Phillips truly lived a full life.