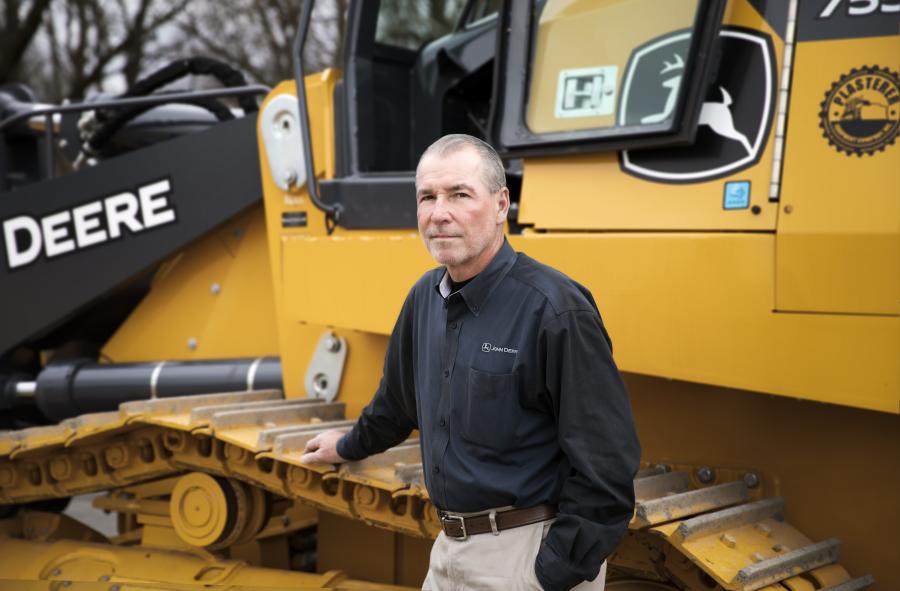 Jacob Kuchera started with Plasterer Equipment Company on July 8, 1974, and after 47 years of employment has decided to retire.

A well-known industry veteran in the Delaware and Lehigh Valley will be retiring March 18, 2022.

Jacob Kuchera started with Plasterer Equipment Company on July 8, 1974, and after 47 years of employment has decided to retire. Jake, as he is known to the employees of Plasterer, was originally hired by the company as a technician after successfully graduating from the Pennsylvania School of Technology. His starting wage in 1974 was $3.55 an hour.

"I can remember the day I hired Jake," said Leon Houser, president and owner of Plasterer Equipment at the time. "He came from a technical college and his mechanical skills were ahead of most at the time."

It didn't take long for the company to see Kuchera's ability and potential and by his early 20s, he was promoted to the service manager position of the Bethlehem branch, making him one of the youngest service managers in the dealer network.

Kuchera soon became branch manager, transitioning his career from purely technical to selling and marketing the complete line of John Deere construction equipment. He spent almost two decades in that capacity, developing many deep and lasting relationships and friendships in the Lehigh Valley. When the company expanded into southeastern Pennsylvania, Kuchera became division manager, assuming responsibility for not only Bethlehem but also the Sellersville, Pa., branch.

"There was a lot of work to do when we moved into that market," said Tim Houser, current president of Plasterer Equipment. "Jake was always willing to do whatever my father or I asked him to do. When we moved to Sellersville, we needed to hire technicians and build out a sales force and Jake did it. His early experience as a technician and complete understanding of customers and the sales process as a branch manager gave him instant credibility with anyone we hired."

It wasn't long before Kuchera was promoted to his current position, senior vice president.

"I have worked with Jake my entire career and really got to know him after I became president in 1998," said Tim Houser. "He represented himself and the company with the utmost professionalism."

Besides hosting many customer events over the years, Kuchera also participated and contributed to the industry and sat on the advisory board for the Lehigh Career and Technical Institute and participated in the Delaware Valley Associated Equipment Distributors.

"Several years ago, I asked Jake to help me on the operations and support side of the company," said Houser. "Under his leadership, he has built out a team with youth and experience that will carry the torch after he retires, and he leaves us with some of the highest product support metrics in the dealer network. You just don't find people that spend their entire career with a company anymore. Jake has been a loyal employee for 47 years, my right-hand man, and a trusted confidant of the Houser family. I have been fortunate to have worked with and learned from some of the best in the industry.

"I would also like to recognize Jake's wife, Leala," he added. "For the first half of Jake's career, she attended most trips with my parents. It was during the second half of Jake's career that Lynne and I really got to know Leala when we attended the annual dealer meeting together. It is clear she supported Jake throughout his career, and we will miss those trips together. On behalf of the Houser family and all the employees at Plasterer Equipment, we wish Jake and Leala the best in retirement."

As he enters retirement, Kuchera reflected on his 47-year career.

"I must admit that I have had an extraordinary career and am grateful for the opportunity to work for the Plasterer organization for the past five decades," he said. "I learned early in my career at Plasterer that the Houser family was fully committed to their employees and their customers. The company has grown substantially, but the family culture and values have remained the same."

Kuchera added that combining a premier product line, such as John Deere, and a family that truly cares about their employees and their business has made his career at Plasterer an enjoyable experience.

"My only regret is the time that I spent with the company has passed by too quickly," he said. "My decision to retire was not easy. I have built many long-term relationships with customers, employees, suppliers and others related to the industry. I will truly miss the interaction with all my business acquaintances as well as my family of Plasterer employees." CEG