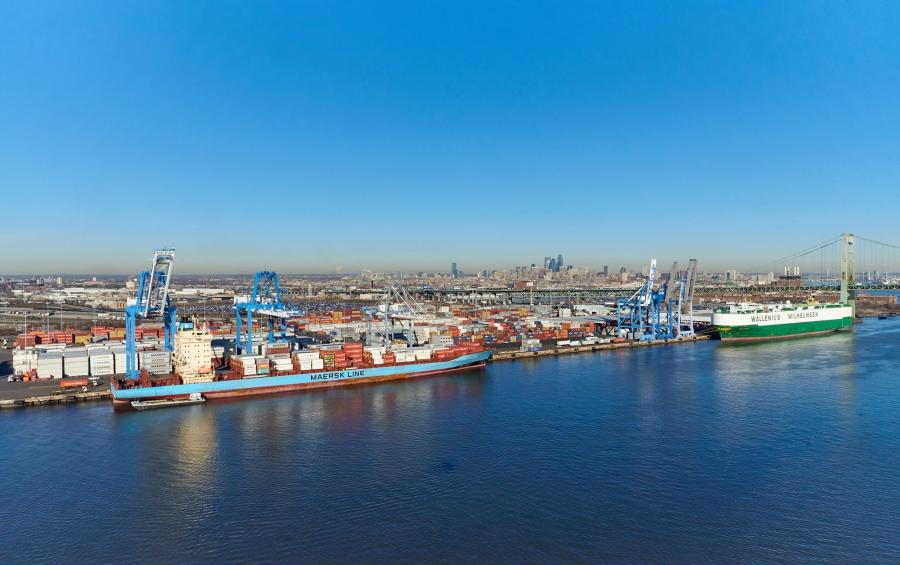 PhilaPort announced the acquisition of a 29-acre parcel of land, locally known as the former Philadelphia Produce and Seafood Terminal.

PhilaPort announced the acquisition of a 29-acre parcel of land, locally known as the former Philadelphia Produce and Seafood Terminal, located at Third Street and Pattison Avenue. With this purchase, PhilaPort now owns 1,016 acres of land.

“As we densify and increase container capacity at PAMT, we needed more land to grow,” said Jeff Theobald CEO of PhilaPort.

“This land, located less than a ½ mile from PAMT, allows us to enact a major component in our plan. It enables us to relocate warehousing adjacent to our main container operations.”

PhilaPort has enacted an aggressive timetable to grow Port cargo volumes. This new land will play a critical role and directly augment the $300 million Port Development Plan set by Pennsylvania Gov. Tom Wolf, the board and the CEO of PhilaPort.

“We are excited to support the continued expansion of PhilaPort with the sale of this strategic parcel,” said John Grady, president of PIDC. “For more than 60 years, this site has played an important role in the movement of goods and services throughout the region, supporting business growth and thousands of family-sustaining jobs. With its strategic location, growing port, deep pool of skilled labor, and direct access to a large customer base in the northeast United States, Philadelphia is poised for even greater investment, development and job growth as a center for logistics, transportation and distribution.”

The Port is an economic engine in southeastern Pennsylvania; this purchase exemplifies the important role public and private warehousing plays in the Port achieving its full potential.