Powerscreen Phoenix Rises From the Ashes 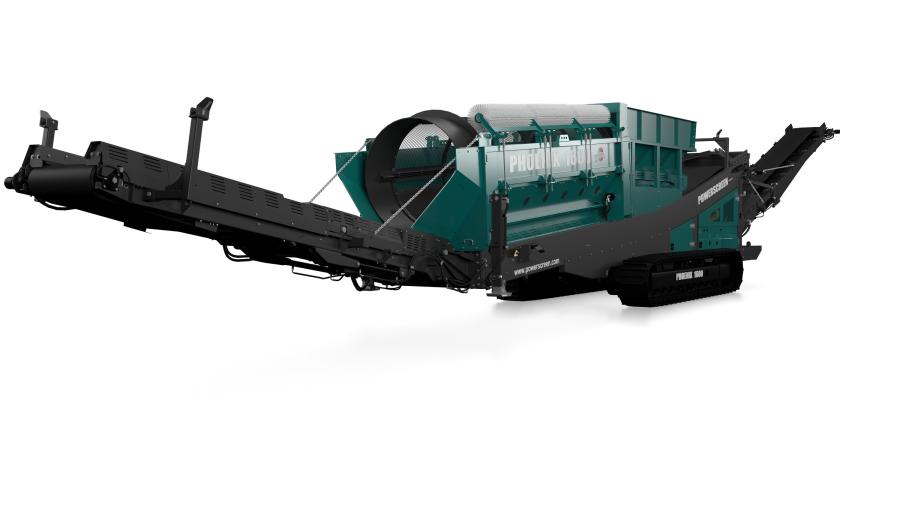 Powerscreen is bringing the Phoenix range, one of its original machine ranges, back to its product portfolio.

The Phoenix range is a collection of trommel machines that are predominantly used in recycling applications such as C&D waste, wood chippings, top soil, compost and green waste. Through the processes of screening and separation, material is extracted to create recycled useable products, resulting in increased profits for the customer while being better for the environment.

The Powerscreen Phoenix 1600 tracked and wheeled trommel screens have been designed to provide excellent fuel efficiency and low operating costs, while also reducing emissions and noise levels due to the machine running at a low engine RPM. With a 16 by 5 ft. (4.9 by 1.54 m) drum, production throughput is guaranteed due to the screening area, which is the largest in its class, according to the manufacturer.

The Powerscreen Phoenix 2100 trommel screen is designed to offer enhanced production throughput and application flexibility. The robust design, with optional features such as a heavy duty tipping grid or double deck vibrating grid, make the Phoenix 2100 one of the most versatile trommels on the market today. The machine performs equally well in heavy C&D applications as it does in high volume compost production. The 180-degree swivel fines conveyor, with a 18 ft. 6 in. (5.7 m) discharge, means the machine can generate massive stockpiles. This swivel feature can be controlled via a radio remote while the machine is in operation, minimizing downtime.

The Powerscreen Phoenix 3300 trommel screen also is designed to offer enhanced production throughput and application flexibility. Key features include having the largest screen area within the Phoenix range, a 180-degreeswivel fines conveyor, with a 19 in. (5.8 m) discharge and a powerful four wheel drive system with high performance friction grip wheels, which is used to turn the trommel drum giving operators the ability to run bi-directionally. Options include a heavy duty tipping grid or double deck vibrating grid. The Phoenix 3300 is highly efficient in the separation and processing of wood chippings, top soil, compost, green waste and aggregates, according to the manufacturer.

"The global waste management market is becoming more and more prevalent as government initiatives are geared toward better environmental practices, so it is an ideal time to bring back the Phoenix range with its proven track record in recycling applications," said Neil Robinson, product manager. "We are excited about bringing the Phoenix range back from the ashes and having these lucrative machines part of our portfolio once again."

The Phoenix range is now available to purchase from Powerscreen distributors worldwide.