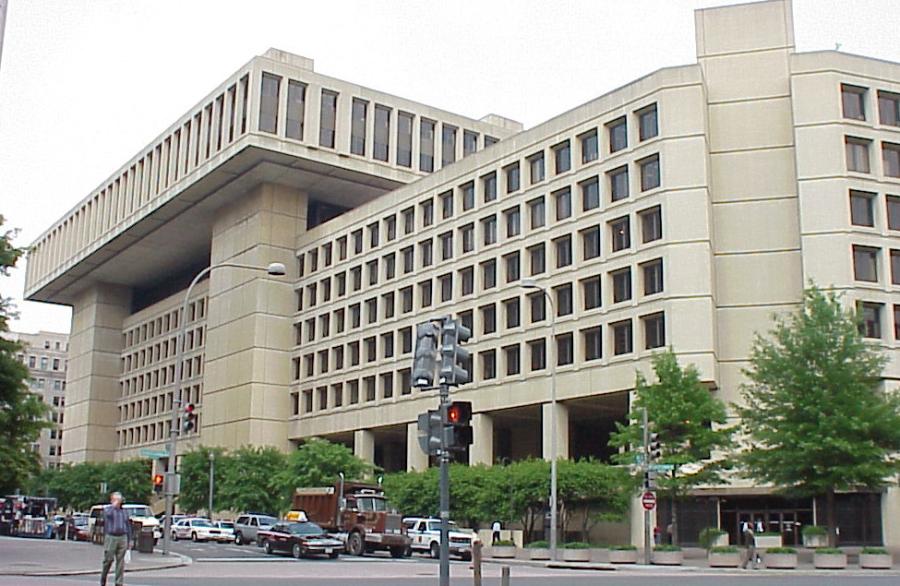 In its fiscal 2023 budget request released March 28, the White House said the FBI’s current operations at the J. Edgar Hoover building in downtown Washington, “Can no longer support the long-term mission of the FBI.”

The Biden administration is planning to move the Federal Bureau of Investigation's headquarters out of the District of Columbia and build a new campus in suburban Virginia or Maryland.

In its fiscal 2023 budget request released March 28, the White House said the FBI's current operations at the J. Edgar Hoover building in downtown Washington, "Can no longer support the long-term mission of the FBI."

The administration added, "The FBI has begun a multi-year process of constructing a modern, secure suburban facility from which the [bureau] can continue its mission to protect the American people."

The Federal News Network reported that over the next year, the General Services Administration (GSA) and the FBI will work to identify a location to construct a federally owned, modern and secure facility in the suburbs for at least 7,500 personnel.

As part of the recently passed fiscal 2022 omnibus spending bill, Congress already requested a briefing from the FBI and GSA on the viability of moving the headquarters to one of three potential sites: Greenbelt, Md.; Landover, Md.; or Springfield, Va.

"We're very pleased that the president's budget will include a new headquarters campus for the FBI that provides the security that they need in order to do their jobs and can accommodate the consolidation of the FBI," Van Hollen told the Federal News Network.

Congress, in the fiscal 2022 spending bill, directed GSA to brief the House and Senate appropriations committees on the viability of moving the FBI to one of three targeted sites outside D.C. no later than 90 days after the bill passed.

Van Hollen, who serves on the Senate Appropriations Committee, said he would ensure Congress supports the administration's requests for construction funding in later budget cycles, according to the Washington-based news source.

"We worked hard to include the language we did in the omnibus bill, requiring that this move happen, and that we get back to where we were before the Trump administration, and we'll be fighting to make sure the resources are available," Van Hollen explained.

In its budget request, the White House said GSA and the FBI will finalize an updated program of requirements for a secure suburban campus over the next year as part of their respective budget requests for 2024.

Those updated requirements, the Biden administration added, will include the final number of personnel expected to work at the new campus.

"The president's budget is evidence that his administration is serious about moving forward with a consolidated headquarters that can effectively serve the American people," the group said in a statement. "We look forward to working with President Biden and his administration to continue advancing this project and are confident the Maryland sites in Greenbelt and Landover are the best locations for a consolidated FBI headquarters location."

GSA also will begin the first steps to acquire, if necessary, the best site for the new suburban location.

A Secondary FBI Site in Washington to Also Be Built

Federal News Network reported March 28 that the White House "recognizes the critical need for a new FBI headquarters," but would not fully move out of Washington, D.C., under the new proposal.

Part of the administration's goals include calls for GSA and the FBI to find a federally owned location in D.C. that can accommodate 750 to 1,000 Bureau personnel that would support day-to-day FBI engagement with the Justice Department's headquarters, the White House and Congress.

New HQ Plans Have Long Been in the Works

The FBI has been discussing a new consolidated headquarters with GSA since 2014. The new plans being considered would bring together employees currently working at the Hoover building with those at other leased offices in the national capital region.

At the same time, the FBI has focused on expanding the bureau's footprint at the Redstone Arsenal in Huntsville, Ala. The federal law enforcement agency, as of 2021, had about 860 employees in Huntsville, but expects to have 3,400 working from there by 2026.

The Obama administration proposed awarding the J. Edgar Hoover site in Washington to a developer as part of the payment for constructing a new suburban FBI campus.

Those plans fell apart, however, when President Trump reversed course and recommended building a new FBI headquarters on the site of the Hoover building, which opened at 935 Pennsylvania Ave. in 1975 after being under construction for 10 years.

The Trump administration sought $3.3 billion to demolish the structure and build a new headquarters in its place. Accounting for previously appropriated funds, the GSA inspector general found that more than $2 billion was needed just to move forward with the effort.

Congress, however, passed annual spending bills that effectively blocked the Trump administration from using any funds to construct a new FBI building in D.C.

Trump, despite opposition from Senate Republicans, also requested $1.8 billion for a D.C.-based FBI headquarters as part of a 2020 emergency COVID-19 spending bill. In the end, Congress successfully blocked the administration's request.