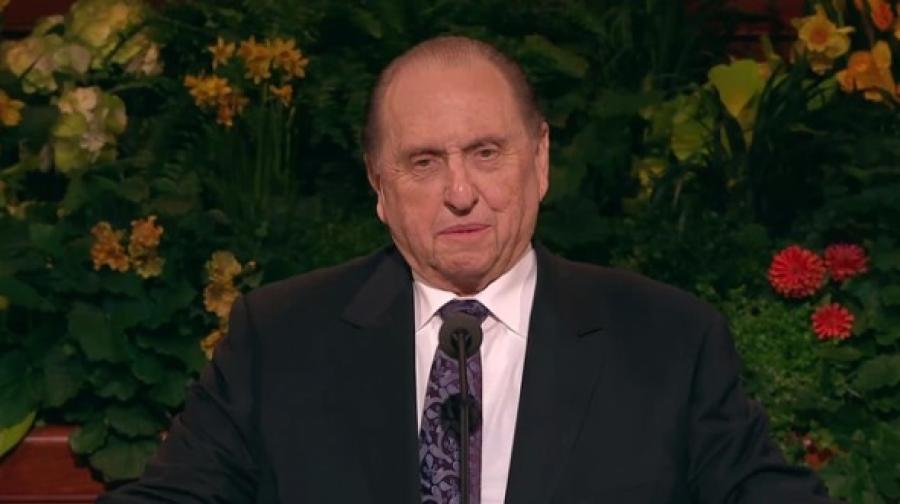 Thomas S. Monson, president of The Church of Jesus Christ of Latter-day Saints

The five announced temples bring the total number of operating temples (155) and temples announced or under construction (27) to 182 temples worldwide. Dedicatory services will be held for five temples this year, including the Paris, France Temple (May 21); Tucson, Ariz. Temple (Aug. 13); Meridian, Idaho Temple (Nov. 19); and Cedar City, Utah Temple (Dec. 10). The Idaho Falls, Idaho Temple will be rededicated June 4.

Aside from the United States and Mexico, more Latter-day Saints live in Brazil (more than 1.3 million members) than any other country. The Brasília Brazil Temple is the 10th announced temple in Brazil, including six operating temples (Campinas, Curitiba, Manaus, Porto Alegre, Recife and São Paulo). Three other temples are announced or under construction, including Fortaleza (groundbreaking Nov. 15, 2011), Rio de Janeiro (groundbreaking March 4, 2017) and Belém (announced April 3, 2016). Brazil has a population of approximately 211 million people.

A temple to be built in the greater Manila, Philippines, area will mark the second temple in Manila. The Manila, Philippines Temple was dedicated in 1984. With the announcement, the Philippines will have four temples announced or dedicated, including Cebu City, Manila (2) and Urdaneta. In a nation of approximately 104 million people, there are nearly 750,000 Latter-day Saints.

Kenya is home to more than 48 million people with more than 13,000 members of the Church. The temple will serve more than 30,000 members in East Africa. There are three operating temples in Africa (Aba, Nigeria; Accra, Ghana; and Johannesburg, South Africa), two under construction (Kinshasha, Democratic Republic of the Congo, and Durban, South Africa) and two more announced (in addition to Nairobi), including Abidjan, Ivory Coast; and Harare, Zimbabwe, for a total of eight temples in Africa.

Idaho has four operating temples (Boise, Idaho Falls, Rexburg and Twin Falls). The Idaho Falls Temple is being renovated and will be rededicated on June 4, 2017, while the Meridian Idaho Temple is nearing completion and will be dedicated on Nov. 19, 2017. The Pocatello Idaho Temple will be the 6th operating temple in Idaho. With a state population of 1.7 million people, Idaho is home to approximately 450,000 Latter-day Saints.

As world headquarters of The Church of Jesus of Jesus Christ of Latter-day Saints, Utah has 2.1 million members of the Church with a state population of approximately 3.1 million people. There are 16 operating temples in Utah, including Bountiful, Brigham City, Draper, Logan, Jordan River, Manti, Monticello, Mount Timpanogos, Ogden, Oquirrh Mountain, Payson, Provo City Center, Provo, St. George, Salt Lake and Vernal. The Jordan River Temple is undergoing extensive interior renovation, while the Cedar City Temple is scheduled to be dedicated on Dec. 10, 2017. The Saratoga Springs Temple will be the 18th in the Beehive State.

Latter-day Saints consider temples to be the “house of the Lord,” the most sacred places on the earth. Temples differ from the meetinghouses or chapels where all are welcome to attend Sunday worship services. In the temple, the teachings of Jesus Christ are reaffirmed through marriage, baptism and other ceremonies that unite families for eternity.