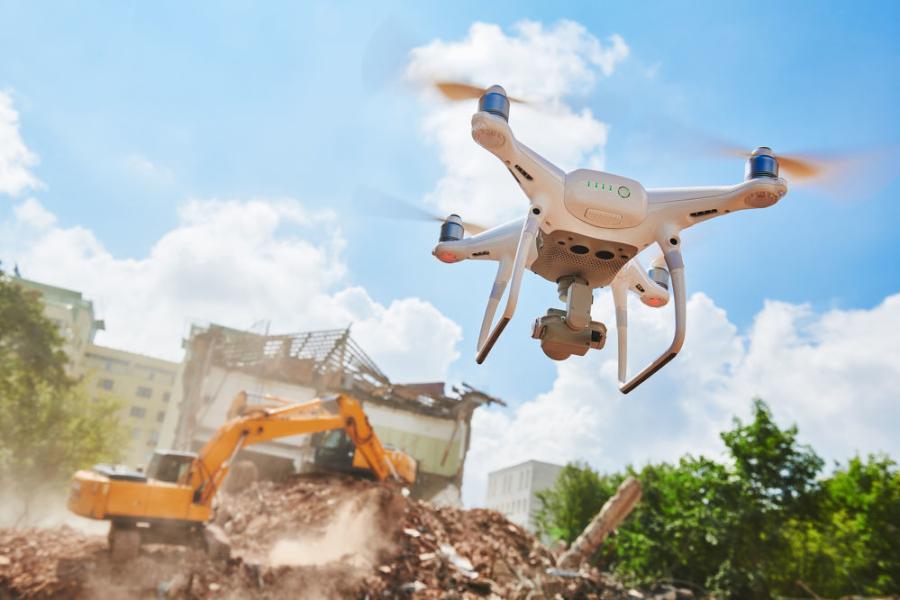 Engineers may use lifts, boats, drones and ladders — anything necessary to access the locations they need—in conducting a pre-construction survey.

Property damage claims against construction contractors, prompted by construction operations, are common. One of the biggest generators of property claims for structures near construction sites is vibration damage. But contractors can protect themselves by making pre- and post-construction surveys a regular practice when work is planned.

Taking precautions before and during the construction project can help safeguard the site and all contractors involved in it from injuries and damages occurring during construction, as well as any claims made after the project is completed.

As Travelers Insurance points out, if damages are claimed, having well documented pre- and post-construction condition surveys, records of all of the work conducted, and any changes requested along the way, can be valuable.

Many construction companies may not extend their survey area far enough to cover all potential properties that could be affected by construction activity.

"Often, we're seeing that alleged damages are not at the structures in close proximity to the project, but rather in structures further away and often are not captured in pre-construction surveys."

For large earthwork projects such as blasting, mining, deep excavation, groundwater pumping and earthen embankments, construction effects can reach well beyond the construction area, he said. 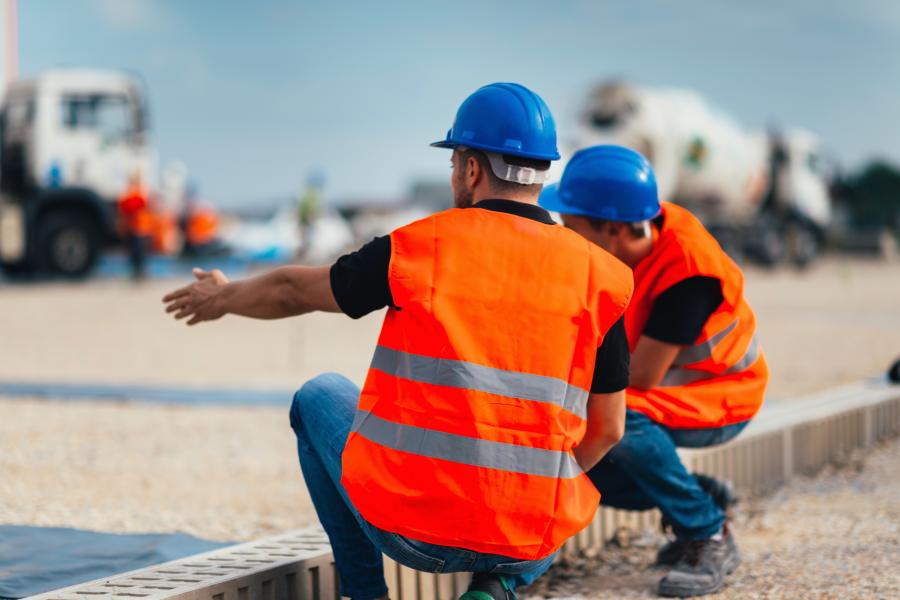 "So there is real potential for damage to nearby structures and property," added Kolenda. "Oftentimes, however, the damage existed before the construction unbeknownst to the resident."

Whether at fault or not, contractors must expend resources to prove their innocence or, in the case of real damage, accurately document the extent of the damage directly linked to the construction project, he said.

Travelers' list of key steps a contractor can take before launching a big construction project to help prevent or mitigate damages and protect the company includes the following:

Assess the potential for damaging vibrations and be prepared to stop work and re-assess other options to prevent damage.

Take into account the human perception zone, suggested Koppang. "If people perceive vibrations, they may allege damages, even if they were outside the possible damage zone for ground vibration activity."

Construction companies can develop measures to help mitigate against damages caused by vibration-generating work, suggested Travelers. Proven methods to reduce ground vibrations from construction equipment exist and should be considered.

Keep good records. Having a formal project documentation policy in place prior to starting projects is important. The policy should include written procedures to track changes and written approvals throughout the construction process.

Construction defect losses can be reported several years after a project has been completed. Therefore, project documents can be critical to understand years later what happened and why it happened.

Changes can occur quickly during a construction project and at times, fully documenting the details of these changes does not occur.

Retaining and finding the right documentation is important, Koppang said, "as it can explain why the as-built conditions differ from original design documents and who was responsible for that work."

This is critical especially where certain construction operations are planned. Surveys should include excavation and trenching phases; pile driving; use of heavy construction equipment close to other structures, dewatering operations, underpinning, and blasting or demolition.

The main purpose of a pre-construction survey, according to American Family, is to develop a rough layout of the site.

Location of the proposed structure and adjacent structures; location and condition of any existing structures or monuments, existing roads and parking lots to be retained should be documented.

All utility lines, gas lines, phone lines or cable lines near the proposed construction area are important to note, as are all existing objects to be demolished, and any existing trees or vegetation to be retained.

"The planned construction activities and the degree of exposure to the surrounding area determine the need for and extent of the survey," said American Family.

"The contractor should note that the actual field conditions are not always clearly identified and changes should be anticipated."

If any structures or utilities adjacent to a construction project are alleged to have been damaged during construction work, another survey should be made at the completion of the work.

American Family believes this survey should be compared with the initial survey to determine if any damage was caused by the contractor's operations.

Who Should Conduct Survey?

The timing of a pre-construction survey is important. For example, if the contractor uses its own crews for an entire sewer-trenching project, including all blasting, a survey should be made before the work starts.

Damage could be caused by blasting vibrations or ground settlement. The problem becomes more complex if other contractors are working in the same area.

Therefore, the pre-construction survey should be completed just prior to a contractor's beginning work on their portion of the project, according to American Family.

"This is valuable for finding hidden or concealed damage, and using the right techniques to measure existing damage," he said.

Engineers may use lifts, boats, drones and ladders — "anything necessary to access the locations they need," he said. 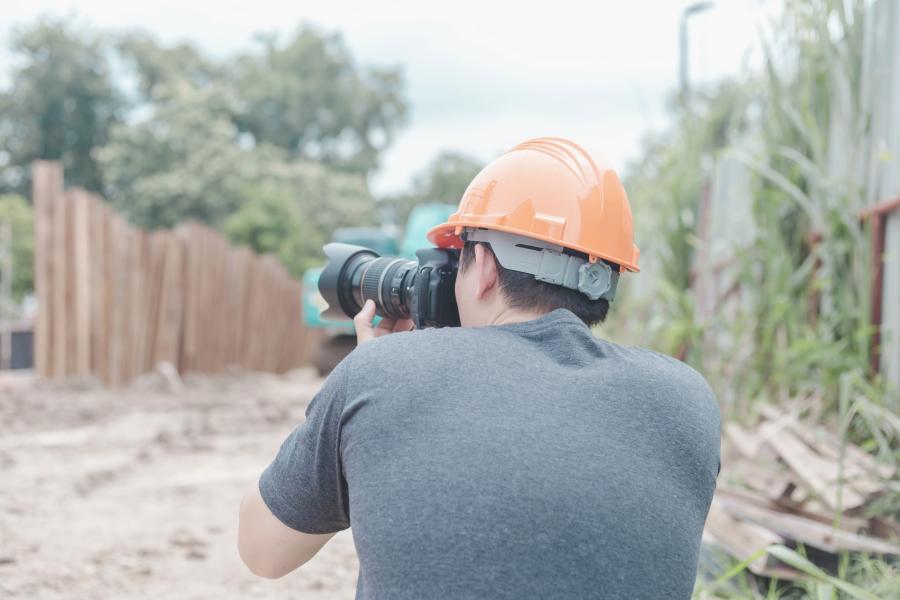 They will collect photographs, high-definition video and measurements to document each existing defect, which is then cataloged based on location, defect type and severity.

"This information is compiled into a unique report for each structure or building to give contractors the information they need to evaluate any claims from nearby property owners," he said.

Condition surveys require authorization from the property owner, and a right-of-entry agreement with each owner must be in place before work starts, he continued.

Pre-construction condition surveys give contractors and owners an important tool to manage risk on their projects.

When a claim arises, engineers can quickly conduct an intermediate inspection or post-construction condition survey to compare defects against the baseline conditions established at the project's start.

American Family's loss control division urges contractors to contact and advise area residents of the work to be done. "This is good public relations," the company wrote in a blog post.

"In most states, property owners do not have to permit surveys of their properties. However, refusal to have their property surveyed may be used to the contractor's advantage in the event of a subsequent damage claim," noted the insurance company

The reports also should cover the piping, heating and air conditioning units, hot water tanks, and other delicate machinery or equipment in the building.

Photographs should be taken by an independent commercial photographer, under the direction of the professional engineer.

The photos should be properly labeled, dated and notarized to certify that they are accurate and true copies of conditions on the day they were taken. Black and white photographs are preferable to color, as they show more detail.

Date-stamp cameras help to provide documentation. Specific cracks or existing deterioration should be described in detail, measured and photographed.

Benchmarks and/or survey points for vertical and horizontal references established by a licensed land surveyor to check for settlement and movement of building, roadways and shoring systems should be noted.

Subsequent readings can be taken periodically by the contractor's survey crew to detect any ground movement. If unanticipated movement takes place, revised work procedures or corrective work should be considered immediately.

Videotape the project area and existing structures to help document conditions. An independent consultant directed by the professional engineer should complete this, properly labeling and verifying the date.

Ground water levels and water levels in adjacent wells should be recorded and checked periodically, according to American Family's Loss Control Resource Center.

An independent qualified consultant should complete seismograph monitoring of surrounding vibration-producing operations (other than construction), noted the company.

Post-construction surveys also are important to establish conditions at the completion of the project, said Koppang of Travelers Insurance.

He urges contractors to document the conditions prior to mobilizing off any site. "It can go a long way to refute erroneous allegations," he said.

This would include subcontractors capturing as-built conditions prior to turning over to the next contractor at the completion of their work.