Puerto Rico Seeks $5.84B in Disaster Aid for Transportation Facilities

The governor is seeking almost $4.5 billion for road and bridge needs, and nearly $1.35 billion for costs related to seaports and airports. 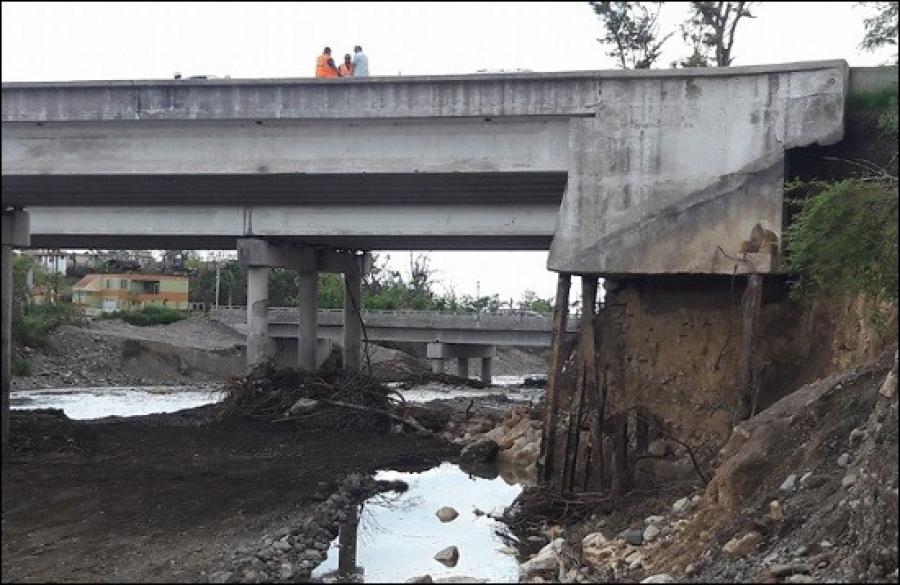 That is part of a total $94.4 billion aid request he submitted Nov. 13 in a letter to Trump, of which $31 billion is to rebuild housing, nearly $18 billion for the power grid and resiliency upgrades, and $15 billion for healthcare.

The governor is seeking almost $4.5 billion for road and bridge needs, and nearly $1.35 billion for costs related to seaports and airports.

"The scale and scope of the catastrophe in Puerto Rico in the aftermath of Hurricane Maria knows no historic precedent," Rosello wrote. While he said an Oct. 26 aid package was "a critical first step," he told the president that "as you are aware, much more remains to be done in order to stabilize Puerto Rico and set the island on a path to full recovery and reconstruction."

The White House has not yet asked Congress for another emergency supplemental appropriation to deal with disaster costs, although lawmakers have said they expect one. A group of Senate Democrats asked the administration to include substantial additional funds for disaster-struck highway, transit, aviation and waterway facilities.

The governor's request said the result of being struck in quick succession by both hurricanes Irma and Maria was "nearly complete devastation" for the territory.

"The economy of the island ground to a halt in the face of physical damages, loss of supporting infrastructure and the absence of power and water. Roads and bridges failed or were blocked by debris across the island, leaving communities stranded and unable to obtain life-saving aid, food, water and medicine for a period of weeks."

The damage to roads and bridges, he added, continues "to render the hardest-hit areas of island virtually inaccessible."

Rosello also described how damage to one part of the infrastructure crippled others. When Maria destroyed the electrical power system, he said, "this produced a cascading effect that impacted critical infrastructure that relied on power to operate (such as airports, seaports, hospitals, water systems, communications networks, hotels, traffic and street lights, etc.)."