Whitefish spokesman Chris Chiames told The Associated Press that the company was “very disappointed” in the governor’s decision, and said it would only delay efforts to restore power. 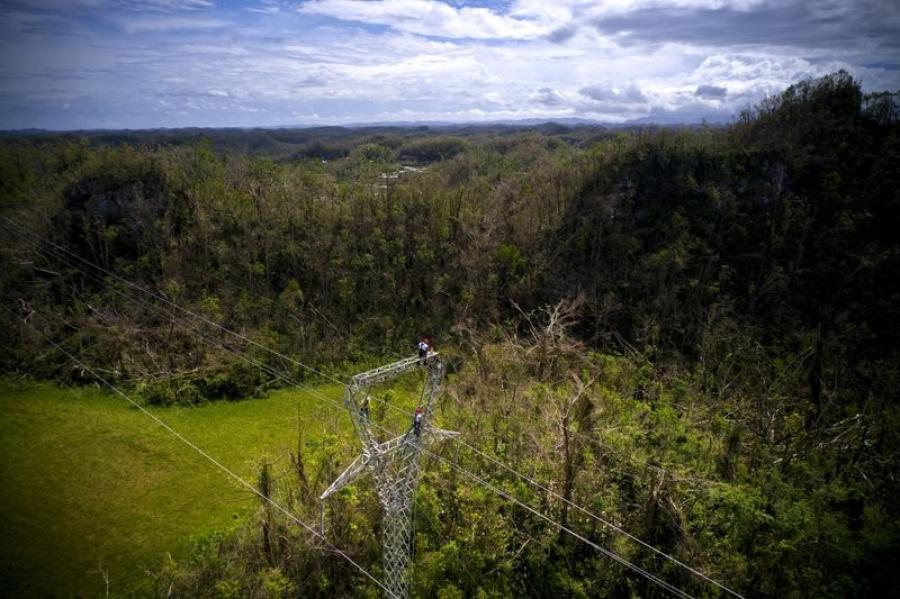 The announcement by Ricardo Ramos came hours after Gov. Ricardo Rossello urged the utility to scrap the deal for Whitefish's help in rebuilding the electrical system from the damage inflicted by Hurricane Maria.

“It's an enormous distraction,” Ramos said of the controversy over the contract. “This was negatively impacting the work we're already doing.”

The current work by Whitefish teams will not be affected by the cancellation and that work will be completed in November, Ramos said. He said the cancellation will delay pending work by 10 to 12 weeks if no alternatives are found.

Ramos said he had not talked with Whitefish executives about his announcement. “A lawsuit could be forthcoming,” he warned.

Whitefish spokesman Chris Chiames told The Associated Press that the company was “very disappointed” in the governor's decision, and said it would only delay efforts to restore power.

He said Whitefish brought 350 workers to Puerto Rico in less than a month and it expected to have a total of 500 this week. Chiames said the company completed critical work, including a project that will soon lead to a half million people in San Juan getting power.

“We will certainly finish any work that (the power company) wants us to complete and stand by our commitments,” he said.

Roughly 70 percent of the U.S. territory remains without power more than a month after Maria struck on Sept. 20 as a Category 4 storm with winds of up to 154 mph (245 kph). Ramos said Oct. 29 that the total of cost of restoring the system would come to $1.2 billion.

The cancellation is not official until approved by the utility's board. Ramos said it would take effect 30 days after that.

Ramos said the company already has paid Whitefish $10.9 million to bring its workers and heavy equipment to Puerto Rico and has a $9.8 million payment pending for work done so far.

Ramos said cancellation of the contract will not lead to a penalty, but it's likely the government will pay at least $11 million for the company to go home early, including all costs incurred in the month after the cancellation.

Federal investigators have been looking into the contract awarded to the small company from Interior Secretary Ryan Zinke's hometown and the deal is being audited at the local and federal level.

Ramos said the company contacted Puerto Rico's Electric Power Authority two days before the storm hit, at a time when it was becoming clear the hurricane could cause massive damage.

Ramos earlier said he had spoken with at least five other companies that demanded rates similar to those of Whitefish, but also wanted a down payment the agency did not have.

He said Oct. 29 he hadn't consulted with anyone else about signing the deal and didn't notify the governor's office for a week. He again praised Whitefish's work.

“They're doing an excellent job,” he said.

“There's nothing illegal here ... Of that, we're sure,” he said, adding that he welcomes a federal investigation. “The process was done according to the law.”

Ramos said his agency at first believed the Federal Emergency Management Agency pre-approved contracts, something the agency has denied.

FEMA said it has not approved any reimbursement requests from the power company for money to cover repairs to the island's electrical system. The contract said the utility would not pay costs unallowable under FEMA grants, but it also said, “The federal government is not a party to this contract.”

FEMA has raised concerns about how Whitefish got the deal and whether the contracted prices were reasonable. The 2-year-old company had just two full-time employees when the storm hit, but it has since hired more than 300 workers.

The White House had no comment Oct. 29. Last week, White House press secretary Sarah Huckabee Sanders said the federal government had no role in the process that led to awarding the contract.

“This was something solely determined by the Puerto Rican government,” she said Oct. 27.

Rossello said he has requested that crews from New York and Florida come help restore power in Puerto Rico as he criticized the U.S. Army Corps of Engineers for not meeting its goals. The agency could not be immediately reached for comment.

The governor also announced the appointment of an outside coordinator to oversee the power company's purchase and contracting division.

“If something illegal was done, once again, the officials involved in that process will feel the full weight of the law, and I will take administrative actions,” Rossello said.

A Whitefish contract obtained by The Associated Press found that the deal included $20,277 an hour for a heavy lift Chinook helicopter, $650 an hour for a large crane truck, $322 an hour for a foreman of a power line crew, $319 an hour for a journeyman lineman and $286 an hour for a mechanic. Each worker also gets a daily allowance of $80 for food, $332 for a hotel room and $1,000 for each flight to or from the mainland.

The company is based in Whitefish, Montana. Zinke, a former Montana congressman, knows Whitefish CEO Andy Techmanski, and Zinke's son also had a summer job at a Whitefish construction site.

“I had absolutely nothing to do with Whitefish Energy receiving a contract in Puerto Rico,” Zinke recently said in a statement linked to a tweet. “Any attempts by the dishonest media or political operatives to tie me to awarding or influencing any contract involving Whitefish are completely baseless.”

Democrats also have questioned the role of HBC Investments, a key financial backer of Whitefish. The Dallas-based company's founder and general partner, Joe Colonnetta, has contributed thousands of dollars to President Donald Trump and other Republicans. Chiames, the Whitefish spokesman, has said that Colonnetta's political donations were “irrelevant” and that the company would cooperate with any federal authorities.

This week, Rep. Rob Bishop, the Utah Republican who heads the House Natural Resources Committee, sent the power company director a letter demanding documents, including those related to the contract with Whitefish and others that show what authority the agency has to deviate from normal contracting processes.

“Transparent accountability at (the power company) is necessary for an effective and sustained recovery in Puerto Rico,” his office said in a statement.

A federal control board that oversees Puerto Rico's finances announced the week of Oct. 30, that retired Air Force Col. Noel Zamot will be in charge of power reconstruction efforts. Rossello and other officials have rejected the appointment, saying the local government is in charge of a power company that is $9 billion in debt and had struggled with outages before hurricanes Irma and Maria last month. 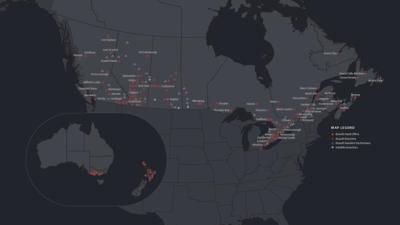